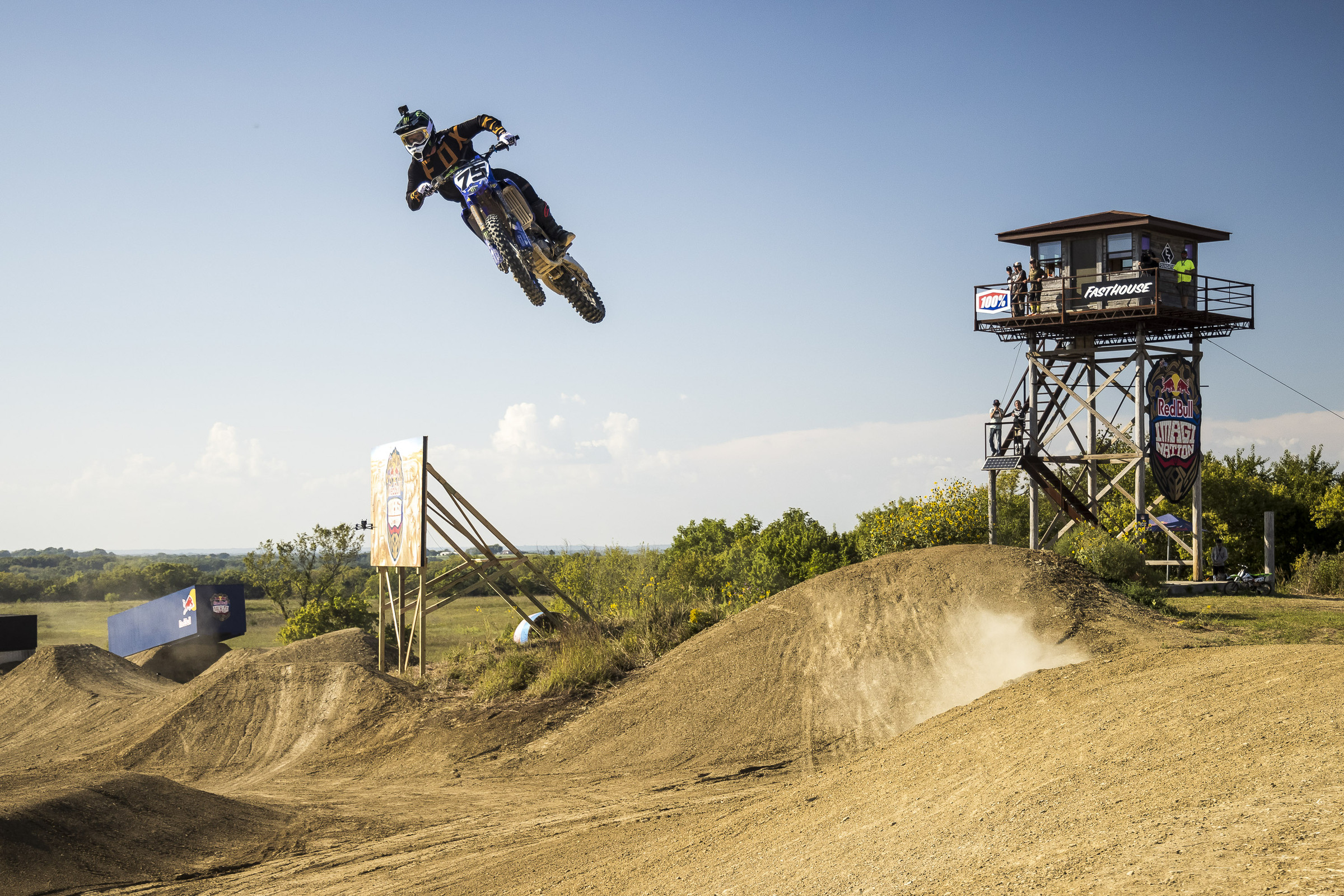 Insight What Could Go Wrong?

Josh Hill is one of today’s modern “do-it-all” types, still possessing speed and skill as a racer, but also diving into free ride opportunities. Hill has always been about big jumps, so jumping into Red Bull Imagination last week, literally, makes sense.

Team Fried’s Tom Journet grabbed this interview with Hill, and it provides some real perspective on what this event is like.

Racer X: Tell me what brings you out here. You’re obviously a racer turned into having fun. What makes you want to come out here?
Josh Hill: I’m just in it for the money, man. The big bucks! [Laughs] No. [Tyler] Bereman has been a long-time friend of mine. You got to come out here and support dudes doing cool stuff like this. And, you’ve got Jason Baker building the course. This is the coolest course that I’ve seen for anything. This is just the sickest course ever. Jason Baker is an artist. He knows how to ride a motorcycle. He knows what we need. Once you just start trusting him and just be like, 'Okay, he’s got this jump set up like this, it’s going to be third gear as hard you can hit it as soon as you hit the base, pull up, maybe throw a little turn-up, or throw a big turn-up if you’re some of these other guys, and just flow around this course.' It took us like four days to be able to put together—it’s basically a five-minute lap of nothing but the biggest jumps that you’ve even seen in your life, with the biggest consequences. Everybody I think really had a good time because the course was so gnarly that you kind of just had to be humble and put your ego aside. We all started helping each other out to get over jumps, because we all wanted to get out of here in one piece. Then once practice was over, everybody was kind of just focused on themselves and seeing if they could hit their marks. I don't know what place I got. I know I’m probably somewhere fourth or fifth. So, I’m happy. I beat like five other guys, six other guys. And I didn’t take my feet off the pegs! [Laughs]

Do you feel like this event, it's already unique on its own, but do you think it makes it extra unique that you guys are all kind of learning together to hit these? Or do you think it would feel the same if you had this spot that you could ride all year long with everybody?
I think that’s a great question. This is a very unique event and a very unique group of guys out here. I don't think that if this course was just out somewhere it would be there for very long, because I think a lot of people would die. So, you kind of almost have to have it… And I don't think we’d want to ride this all the time because we could snap a chain… If one of us is running our bikes a little longer than the hour meter tells us we should, this ain’t the place to ride. Every time I got back on my bike, I was checking spokes, I’m checking sprocket bolts, I’m checking my foot peg mounts to make sure. I don’t ever check my foot peg mounts. I looked at bolts that I didn’t even know existed on this bike just to make sure they’re in there. If something just little goes wrong… This stuff, you get over it. You make it look smooth. You make it look easy, but if you somehow had something happen halfway over it, it’s going to be pretty grim. So, you have to kind of just put that aside and think that everything is going to go great. I need to have as much fun as I can, and not think about the consequences. That’s the only way you can get through this weekend.