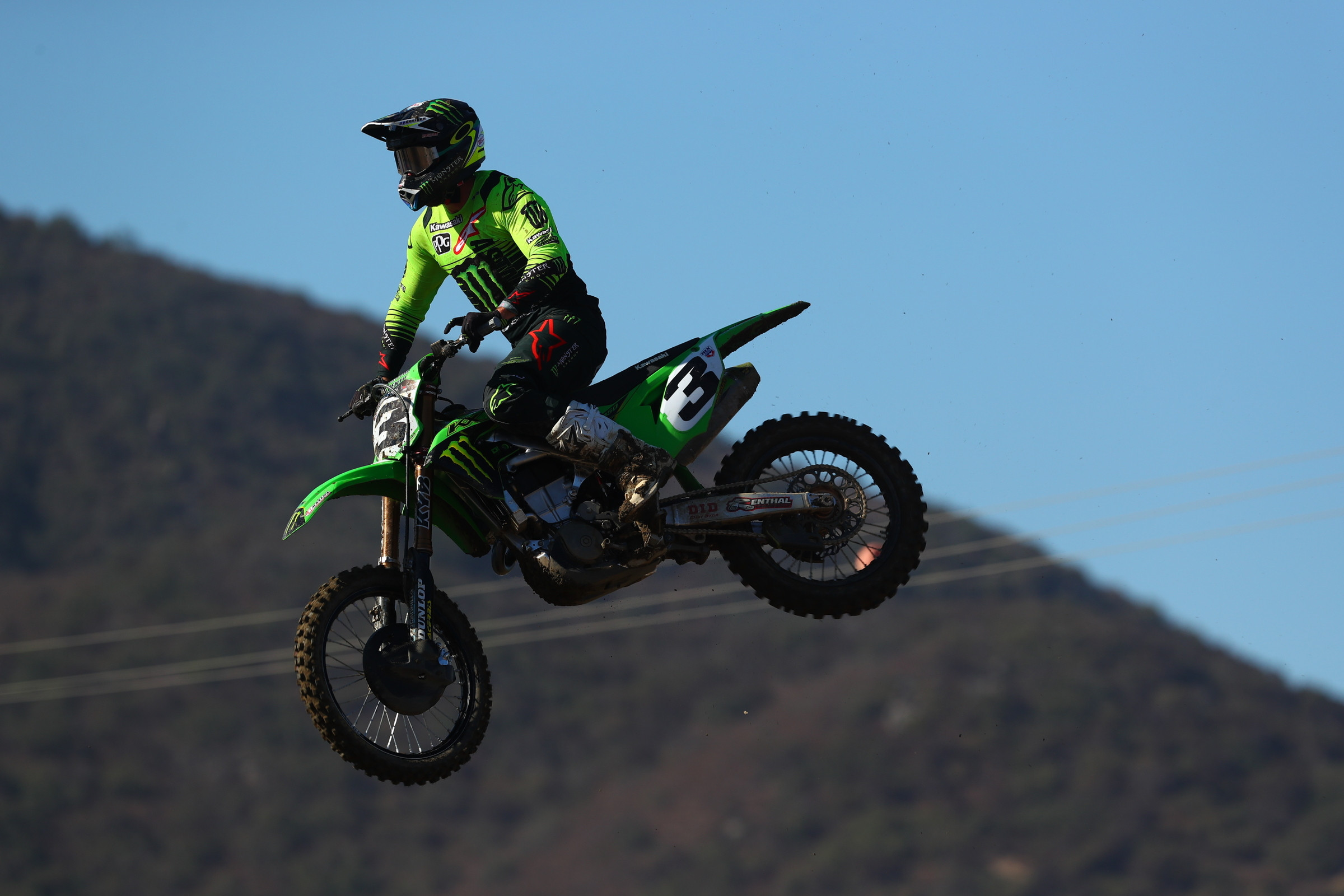 Engines roared through the Pauma valley near Pala, California as the first qualifying sessions for the day at the Fox Raceway 2 National got underway. The track was tilled deep and soaked overnight in an effort to retain moisture in the soil throughout the day. As the temperatures could soar to triple digits today, expect the track to dry out significantly throughout the morning as riders wear the track in and the sun beats down on the soil.

As such, the track conditions were very deep and wet through the first 250B group’s entire session. Dutch rider Rick Elzinga topped the first B qualifying in what is his official Pro Motocross debut.

The A class came roaring out and the track started to build some character throughout the session. It was initially Derek Drake who shot to the top of the leaderboards. A welcomed sight as Drake needed to miss sometime this summer as he dealt with a heart condition.

Hunter Lawrence then shot to the top of the board as lap times dropped from the 2:20 range down to the 2:15s for the first time. Lawrence is not much of a factor in his chances at this 250 Class title anymore, but he could play spoiler for his brother Jett who remains in a tight battle with Justin Cooper at the top of the standings.

Monster Energy/Pro Circuit Kawasaki’s Jo Shimoda jumped to the top about halfway through the session. Shimoda and his teammate Austin Forkner are donning some classic 1999 Fox throwback gear to when Ricky Carmichael won his final 125cc title with Pro Circuit Kawasaki. It looks fantastic, and Shimoda made it look even better with his early speed.

Late in the session, the hammer was dropped. Justin Cooper put a near perfect lap together and became the first rider into the 2:09s, nearly four seconds faster than anyone else. Cooper hit his marks well and it’s tough to see how he could have gone faster.

Jett Lawrence tried right at the end of the session, but it just wasn’t near enough. Cooper topped the first qualifying session in the end by nearly two whole seconds as the Monster Energy/Star Yamaha Racing man looks to retake the championship lead sitting 11 points behind Lawrence with just two rounds to go.

In the 450 Class, Eli Tomac laid down an early 2:12.181 to go to the top of the sheets. Interestingly, Tomac ran that lap despite massively overjumping the single-table launch jump right after the finish line jump as he started his lap. He recovered nicely and fired first with his low lap time.

It became an early yo-yo of a battle between Tomac, and Ken Roczen as the German then fired right back halfway through the session to go to a 2:11.255. Roczen is attempting to keep the championship alive today and simply needs to outscore Dylan Ferrandis to do so. Though, he really wants to make up a huge chunk of points on Ferrandis today if possible.

Tomac quickly responded to Roczen and became the first 450 Class rider to drop into the 2:09s with a 2:09.542. Tomac seemed to figure the track out quickly and became pushing his time lower while others were left searching for lines around the track.

Dylan Ferrandis tried on his last hot lap to upend Tomac but fell essentially a knobby short of eclipsing the Kawasaki man. Tomac’s 2:09.542 held but just .028 as Ferrandis put down a 2:09.570 at the end. So Tomac leads the field into the second qualifying sessions in just about 30 minutes. Be sure to tune into Peacock to watch the qualifying show at 10 a.m. local time.