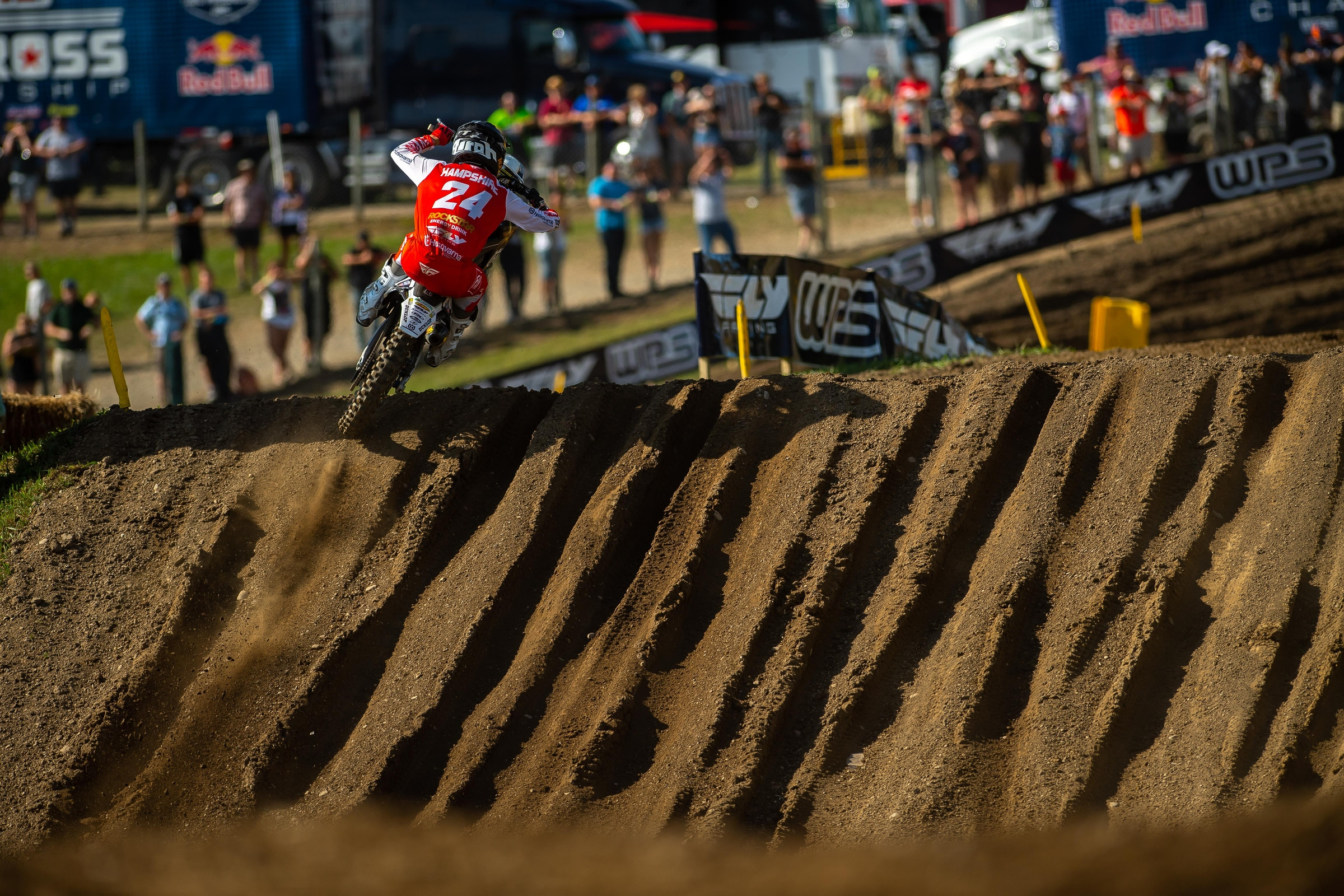 Long-time pro Jason Thomas was dialed in during Saturday’s Unadilla National to catch all the action from round eight of the Lucas Oil AMA Pro Motocross Championship. We fired off some questions and here’s what he saw.

What has gotten into Ken Roczen at Unadilla?

I don’t know what the correlation is per se, but I do firmly believe that a track like Unadilla highlights his attributes. Kenny is a supremely talented rider in a group of the world’s most talented riders. Where he really stands out is in his level of balance and finesse. Kenny rides the motorcycle how it would be drawn up on a diagram. He doesn’t try to force the motorcycle to do things that it doesn’t want to do. Instead, he uses the forces already in play to further their effectiveness. When he’s already up to speed, he uses that motion and momentum to carry through a low traction section. Instead of applying heavy input via throttle and brakes, he takes himself out of the equation and allows the bike to naturally work. Not only does this avoid interrupting the forward momentum, it also takes any load off the suspension, freeing it to work to its highest potential.

All of these strengths lead to a performance like we saw Saturday. Unadilla rewards these talents more than other tracks often do.

Related: Unadilla used to belong to the tough men, like Hannah, RJ and Stanton, who could simply out will, out charge, and out muscle the competition. These days it seems to reward the precision guys. What makes that so?

I think this is a result of the evolution of the motorcycle. In the ‘70s, ‘80s and even ‘90s, we were talking about relatively slow motorcycles (except for 500’s). A 250 two-stroke in the ‘70s or ‘80s was putting out fractions of the horsepower and more importantly, the torque of a modern day factory 450. Those motorcycles of yesteryear wanted to be ridden hard because the power was so much lower (think about someone ringing out a 125 for all it has, compared to riding a 450 four-stroke).

Today’s factory 450’s have so much power, they don’t have to be pushed hard to go fast. Riders like Roczen, as discussed above, use lower RPM and taller gears to maximize traction and avoid inefficiency. Unadilla’s inconsistent traction and flowing layout favors finesse when you consider the engines have almost double the power of motorcycles from 40 years ago. If you gave Roczen an engine that put out 40 horsepower and half the torque, you would see him pushing much harder to achieve the speeds he needs. Conversely, Hannah, RJ, and Stanton wouldn’t have to muscle Unadilla into submission if you doubled their power.

Related, 2: Can you please describe holding a bike in a 100-foot long rut at high speed through bumps?

It’s a huge test of balance, bravery, and confidence. The throttle is typically your biggest ally as the goal is to keep the front end light, allowing it to float without influencing direction too much. That’s where the confidence comes in as it’s not the easiest ask to keep the throttle on when entering long, deep ruts. Much like other low traction situations, staying light on the inputs (throttle and brake) is important. Don’t make any sudden movements and let the bike flow naturally.

Another change I liked to make with rutty tracks was to use an intermediate front tire that didn’t “grab” the ruts. Aggressive front tires tend to climb up the sides of ruts and make things a little more unpredictable.

Justin Cooper says not adapting and changing the bike setup for the second moto cost him. Matthes battled back on this hard core on our podcast and says he doesn't believe these guys when they blame the bike. Where are you with this?

I’m probably somewhere in the middle. It’s impossible for us to really know what Cooper was feeling or experiencing in the moto. My best guess is that something was amiss and he knew he couldn’t run the pace of the top three. Given that, he backed it down to ensure avoiding disaster. His discomfort with whatever setting likely was the catalyst for him backing it way down. It was not necessarily the reason he couldn’t go faster, more likely the reason he wouldn’t go faster.

How in the hell does Aaron Plessinger not just loop out, but back flip (!) during a moto?

According to his Instagram post, he landed in a hole which dislodged his grip on the handlebars. When he tried to regrip, he inadvertently grabbed a handful of throttle.

When riders turn the throttle on, they lean forward to counter act the acceleration. That’s an instinctual movement from years of muscle memory. The problem comes in with the throttle is aggressively applied without intent. When that happens, you are immediately thrust backwards. In this scenario, he was hitting bumps with his front wheel which made the front end rise even more, just as more throttle was applied inadvertently, meaning he leaned further back, and off he went. It was a cavalcade of oopsie daises.

Do these wins indicate more to come from either Roczen or Jett Lawrence? They needed this momentum badly.

I think they are both capable of winning at any given time. I think these wins were more indicative of their skill sets matching up with Unadilla’s unique texture and layout. They are both gifted in similar areas (balance, technique) and that was on full display Saturday.

Got any "OMG this track is so gnarly" stories from your Unadilla days?

The toughest part of Unadilla was  coping with the rocks (see: boulders). I would wear more protective equipment for Unadilla than any other race on Earth. Even then, I would still look like I had been beaten by several Philadelphia Phillies or Eagles fans on Monday morning. The rocks would hurt so badly that you could hear people yelling as we were getting hit by them, especially on the first lap. I remember Chris Gosselaar getting his forehead split open like a Gallagher watermelon one year, and that was simply from the tiny gap between his goggles and helmet. It wasn’t a question of if you were going to leave battered and bruised, it was more of how badly. Thankfully, they have removed most of the danger via sifting and relentless rock picking these days.