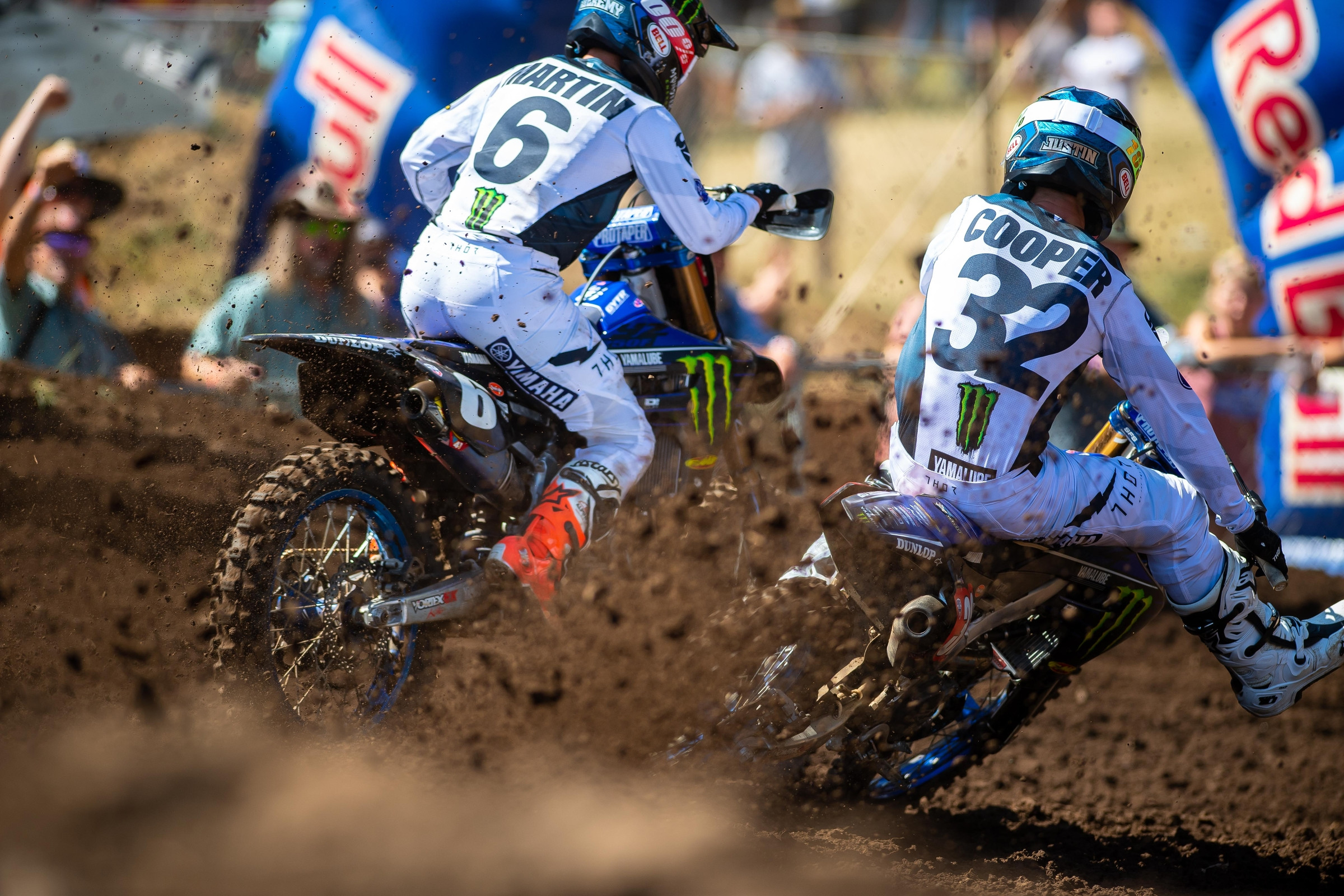 Insight Can Martin Win This Title?

We finally have a two-time winner in the 250 class of 2021 the Lucas Oil AMA Pro Motocross Championship, and it’s Jeremy Martin. After a 1-1 at Millville last week, though, this Washougal win was more difficult, as it looked like Justin Cooper had things in hand with 1-2 scores. Cooper crashed with a lap and a half to go, though, which allowed Martin’s 3-1 scores to carry the day.

Martin missed three motos this year due to injury and now sits 61 points down and fourth in the series with five rounds (10 motos) to go. Can the Monster Energy/Star Yamaha Racing rider somehow pull out an improbably championship run? He discussed that topic, and more, in the post-race media conference.

Jeremy, last week on the PulpMX Show you said that you’re expected to win in Millville, so it’s kind of one of those things where you’re not taking too much credit for the win almost. This week, getting the win now on a completely different, technical type of track, does it kind of change how you envision the rest of your season going, or how you approach each round from here on out?
Jeremy Martin: That’s a good question. I wouldn’t really say it changes the vision of the rest of the season, but for me, there’s obviously a lot of pressure with the hometown race. I literally grew up there riding. I learned how to ride there. I trained there. Surprisingly, in my entire professional career I’ve never gone 1-1 there, so I kind of had a reality check with myself like, what are you doing? Then to finally do it is pretty dang neat. Washougal, I’ve hit the deck at that place a lot of times since I turned pro in 2013. To finally be able to win—I know I got gifted the overall. Obviously, J-Coop [Justin Cooper] went down in a crazy fast section. He was probably going 30 or 40 miles an hour up Horsepower Hill there. To do it, it’s pretty sweet. As you guys could see, I was pretty cranked up on the podium.

Is it in your head at all that things go a certain way, there’s championship hopes? Do you even think about that? I know it’s a stretch, but is it something you consider when you line up?
No. I honestly don’t consider it at all. I’m 60-something points down, guys. That’s pretty big. I know Trey [Canard] did the run on [Christophe] Pourcel. What year was that that Trey did that?

Eleven years ago.
That was a crazy deal, or whatever. When I line up, I just think about wanting to win on my dirt bike and have fun and live in the moment. When you’re on the line and you’ve got the butterflies in your stomach and all that stuff and you’re like, Man, can I get this done? So, that’s mainly just what I’m thinking about.

You’re the first two-time winner this year and you’ve got the most moto wins in the class. If you don’t win the title and have the most wins and overallwins, does that mean anything to you?
Obviously, winning championships is something that when we sign with a manufacturer, that’s the goal. I’ve been fortunate enough to win two of them in my career so far. I’d be lying if I said I didn’t want to win it. I’ve been through the wringer this year and then the last couple years with just injuries and stuff. So for me, if I could win it, great. But I’m out here fighting. I got hurt and then I was able to turn the ship around pretty quick and get back up to that level of speed. Sometimes it doesn’t line up. If I can get some more overalls and some more wins, to me, that’s a heck of a deal just for myself, to face the adversity and everything and just kind of keep plugging away.

How is the injury going at the moment? You indicated a couple weeks ago you didn’t really like doing the big jumps, the singles. But today landing in the sand pretty much to flat, that’s got to hurt the hand, surely.
For sure. I rode Tuesday last week. I finally did a full program for the first time. I did my warmup and then I got 25 minutes into the first moto and I was like, the scaphoid is definitely bothering me. The hand was bothering me. So, I guess the adrenaline of race day and then also, I try not to take any Aleve or Advil or whatever during the week to kind of make it more potent on race day to kind of help me get through. I guess that’s just kind of like something I’ve been dealing with a little bit.