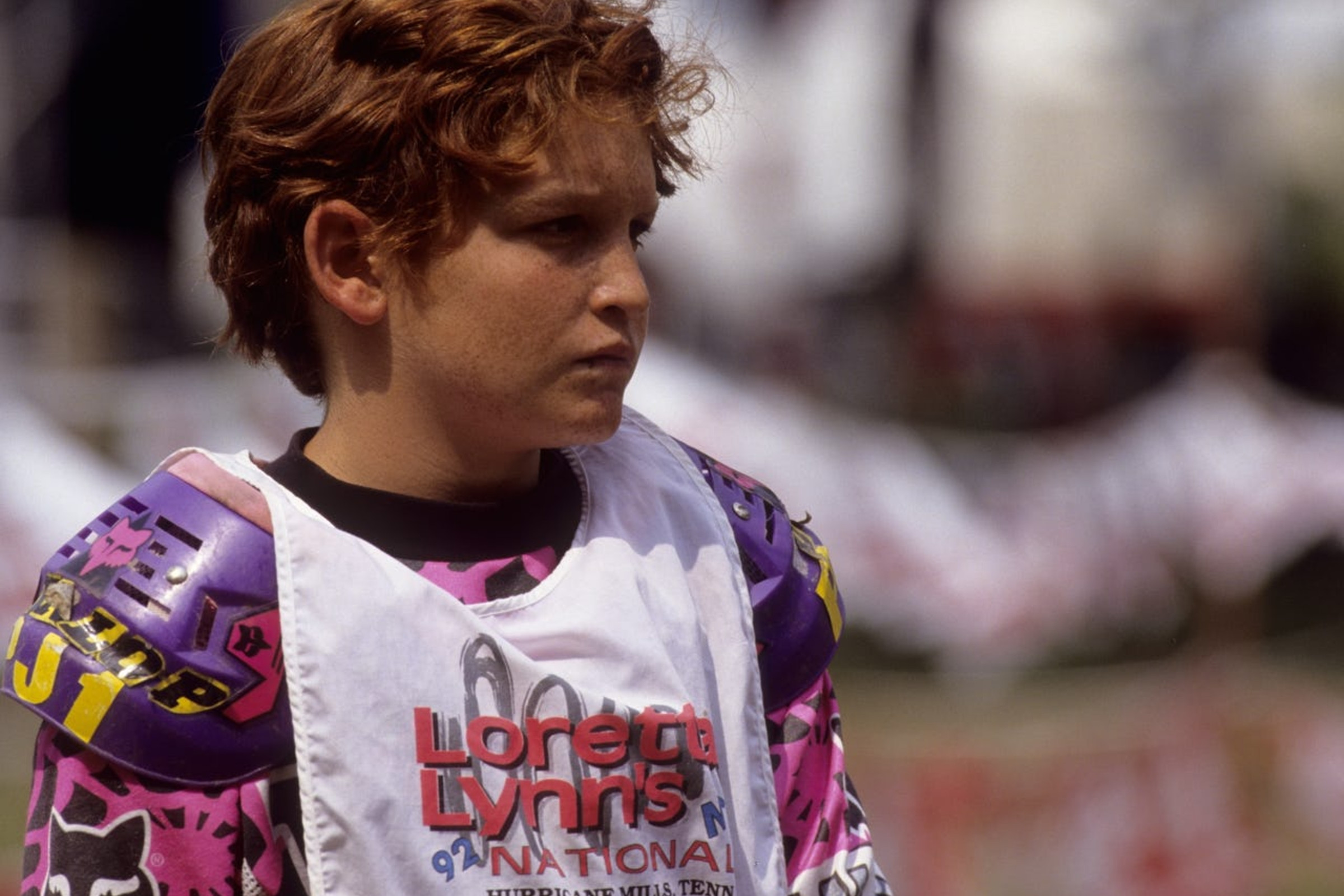 30 Stories From The Ranch What's the Story with Bibs?

So, what’s the story with the bibs? Since the very first Loretta Lynn’s AMA Amateur National Motocross Championship, riders have been required to wear bibs over their jerseys to show off their assigned single- or double-digit numbers. The AMA briefly allowed three-digit numbers, but 42 riders flying past the scorers made it very difficult to record all those laps in the pre-transponder, pre-electronic scoring days. The bibs were also a nod to the old AMA Amateur Nationals, which took place around different parts of the country and used assigned numbers on the back, then carried the names of title sponsors like Can-Am and Mr. Pibb on the front.

But the bibs go further back than that. In the 1960s and ’70s, the FIM Motocross World Championship in Europe assigned different numbers to riders depending on which country they were in. They also included the series sponsor on the front—most often Camel—or each rider’s national flag. The tradition crossed the Atlantic with the first USGP race, the 1973 Carlsbad 500cc Grand Prix, and even made it briefly into AMA Supercross in 1976 when Olympia Beer, sponsor of the Superbowl of Motocross at the Los Angeles Coliseum, issued bibs to the riders.

So, at the first Loretta Lynn’s, in 1982—the same year that Brad Lackey and Danny Laporte were wearing Camel bibs while on their respective ways to becoming the first Americans to win FIM World Motocross Championship titles—all 983 riders who qualified for the 25 classes that made up that year’s AMA Amateur National were given bibs with their assigned numbers. A couple complained that it would be hotter wearing a bib over their jerseys; others thought they were kind of cool. But the one thing the promoters anticipated was the fact that while the top ten finishers would go home with trophies, everyone would go with their riding bib as a memento of being a national championship finalist. The bibs quickly became a tradition, as over the years riders began collecting them and displaying them like they were a kind of motocross diploma. You simply can’t buy a Loretta Lynn’s bib—you have to earn it.

The bibs have also evolved from practically canvas material to super lightweight and breathable fabric with color screen printing that riders can personalize with their last names on the back above their numbers. And despite having electronic scoring now, there are still a couple of pen-and-paper backup scorers at the finish line who record every rider on every lap of every moto—so the backs of those bibs do still come in handy!