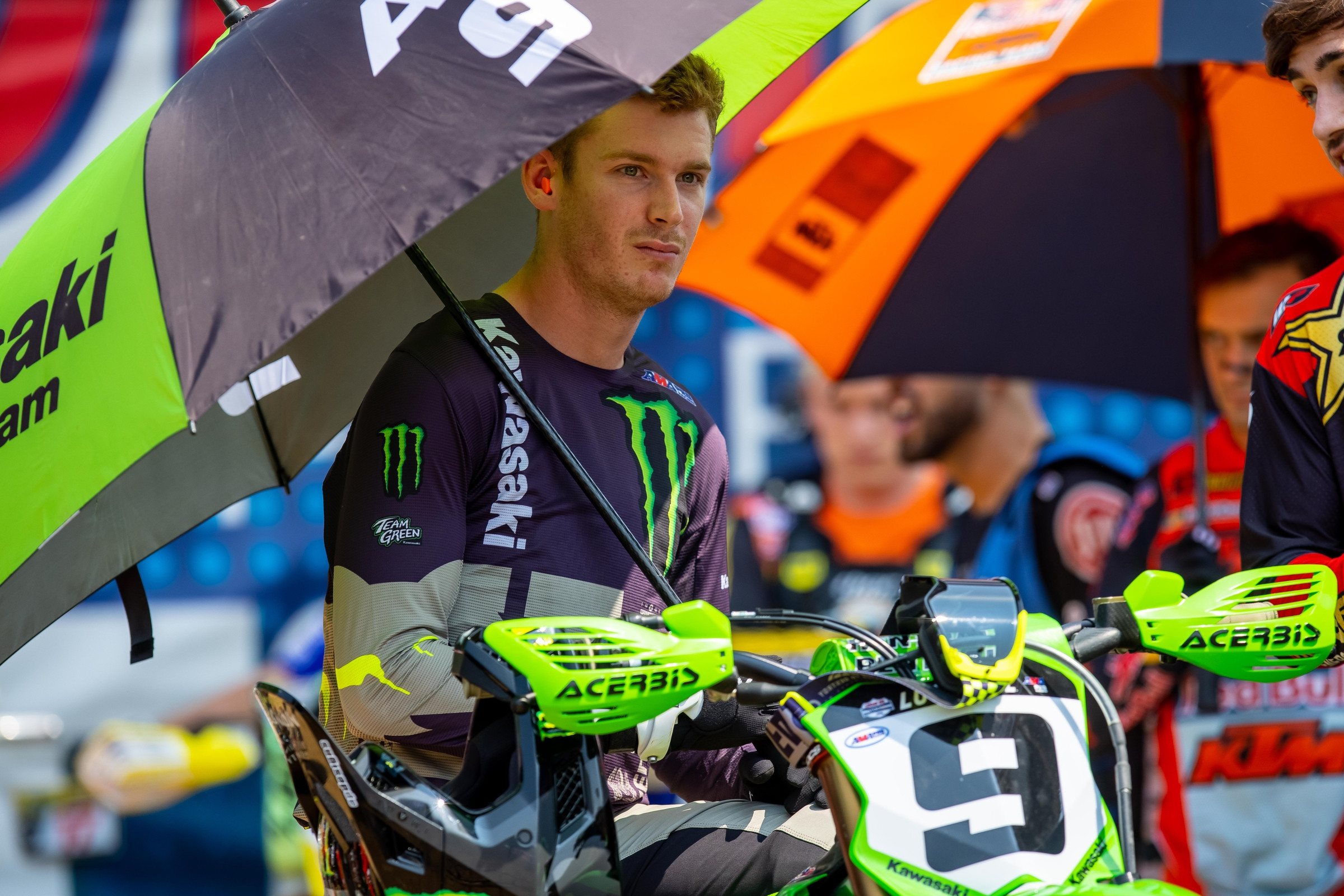 The seventh round of the 2021 Lucas Oil AMA Pro Motocross Championship will take place this Saturday in Washougal, Washington. Check out this report for an update on who’s in and who’s out.

Comment: Anderson broke his hand after the season opener and hasn’t raced since. There is currently no schedule for his return.

Comment: Cianciarulo has been dealing with arm pump issues from a problem with his ulnar nerve, and his season has not been going well. He crashed in the first moto at Spring Creek and didn’t race the second moto. He announced on Instagram earlier today that he would have surgery to fix his issue and would miss the remainder of Pro Motocross as he anticipates returning to full health for the 2022 Monster Energy AMA Supercross Championship.

Comment: Osborne is out for the season after re-aggravating an existing back injury at Thunder Valley.

Comment: Henry Miller is out for the season after having knee surgery to fix an old injury he aggravated at High Point.

Comment: Nicoletti is out for the season after tearing his ACL, his medial meniscus, and lateral meniscus while testing.

Comment: Smith is expected to be back for Unadilla after breaking his collarbone.

Cooper Webb – BANGED UP | IN

Comment: Webb had a huge crash at Spring Creek after he and Chase Sexton hit tires in midair at Spring Creek. He somehow managed to get up and finish the moto and is in for Washougal.

Pierce Brown – BANGED UP | IN

Comment: Brown got hit and landed on at Spring Creek, which you can see in the clip below. Somehow he’s okay and although he’s sore, will be on the gate at Washougal.

Comment: Crown suffered a concussion during supercross and is out for the season.

Comment: In early July, Drake announced a rare heart condition. He is expected to undergo surgery before the end of the month and will be out indefinitely as he posted, "I am taking some time off to get better and I will be back."

Comment: The team is hoping Hammaker will be back for Unadilla.

Comment: Max Miller announced on Instagram he suffered an injury at the RedBud National when he partially dislocated his knee. Eventual tests showed a torn ACL, meniscus, and some bone bruising. He will miss the remainder of Pro Motocross as he looks to become fully healthy for the 2022 Monster Energy AMA Supercross Championship.

Comment: Moranz is out with injuries to his ribs and scapula. He hopes to be back for the final three nationals.

Comment: Thrasher suffered a dislocated shoulder at Spring Creek and will miss Washougal. As of now, no long-term decisions have been made on when he may or may not return.