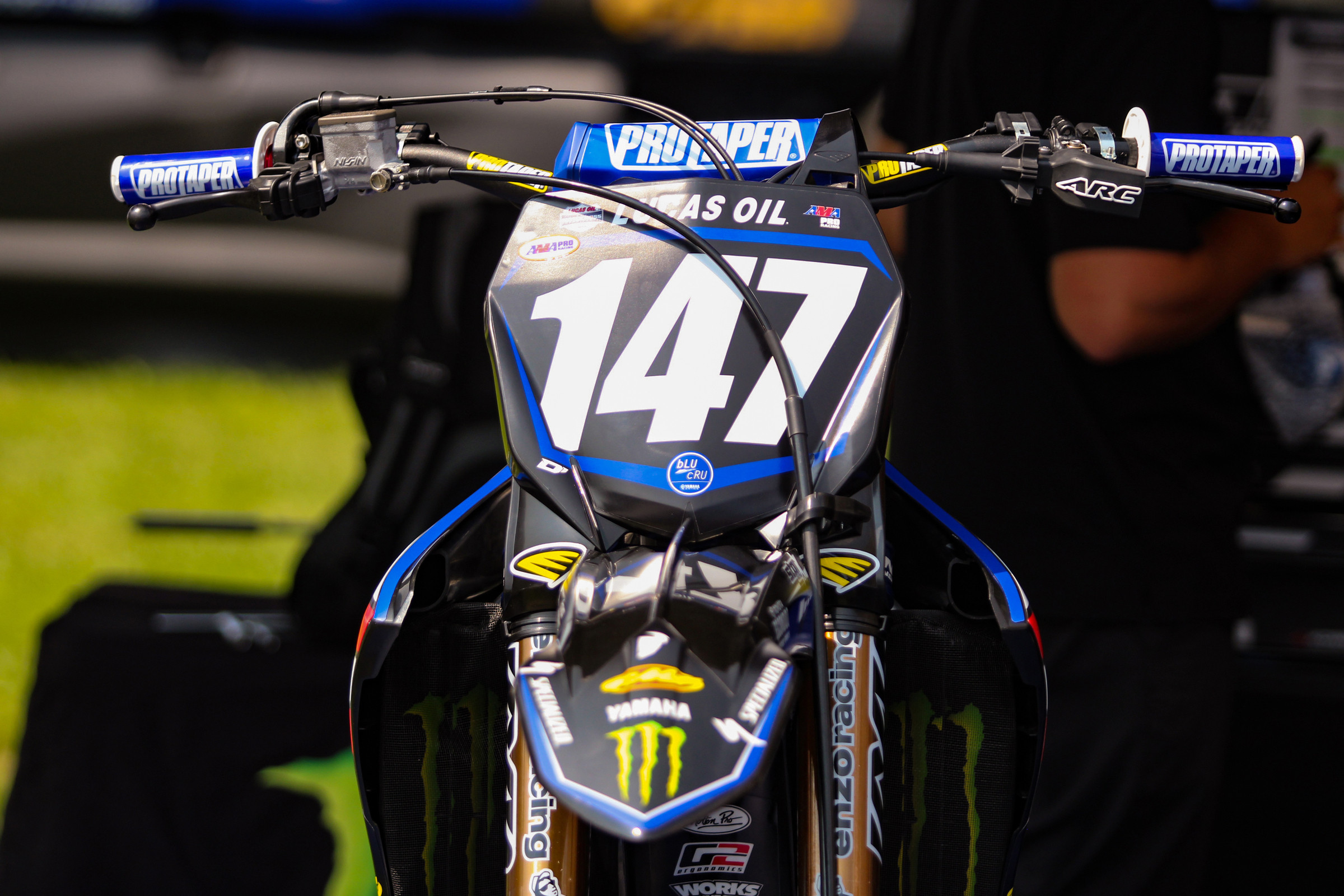 Before the High Point National, it’d been quite a while since we saw Eli Tomac summon the intense speed and aggression that has transformed him into an unstoppable force so many times in the past. Something must have clicked for Tomac in the second moto, however, because the beast was back as soon as the gate dropped. Tomac was clearly riding at a higher level than he’d been all season, and not surprisingly, ended up winning his first moto of the year. The question now is, was his return to form temporary, or is Tomac back for good? –Aaron Hansel

Winning races is a great way to keep a championship bid healthy, but you can’t win them all, and if you want to stay in contention you’ve got to be consistent on the days when you don’t win. So far nobody has done that better than Dylan Ferrandis, who hasn’t finished off the podium in a single moto so far. In fact, his worst finish is just one third, which he took in the second moto at Fox Raceway at Pala. These incredibly strong results are leaving very little room for his competition to make up ground, and not surprisingly, nobody other than Ken Roczen, who trails Ferrandis by three points, is within striking distance. Will he keep his podium streak alive at RedBud? –Hansel

Adam Cianciarulo might be the only rider who can make you feel a little surprised and not surprised, at the same time. We know he’s fast, and he won a pair of nationals last year, so it wasn’t a huge surprise when he won the first moto at High Point Raceway. But at the same time, he’s tossed away so many leads and potential wins it was a bit of a surprise when nothing weird happened to cost him the win, although it very nearly did when he went down right before the finish line when he tangled with a downed rider! Of course something unexpected like that is going to happen to Cianciarulo! Now that he’s got that first moto win checked off we’ll see if he can follow it up with an overall win at RedBud, which is where he earned his first 450 national win last year. –Hansel

It’s Only a Matter of Time

Before Chase Sexton crosses the line first, that is. The Honda HRC rider has had some incredible moments on a 450, and while his results (fifth overall at the opener, sixth overall at Thunder Valley, and fifth overall at High Point) have been good, you get the feeling he’s capable of more. After all, he finished second in the first moto of the season at Fox Raceway! We’ve seen all kinds of breakout rides lately—will Sexton join the ranks at RedBud? -Hansel

Speaking of break-through rides, how about Jalek Swoll!? After a career best sixth in a moto at Thunder Valley it was clear Swoll was on an upward trajectory, but absolutely nobody predicted the brilliance Swoll would display at High Point, where he went 1-3 for his first win as a professional. If anyone tries to claim they expected this, including Swoll himself, they’re lying, hands down. But, now that we know Swoll’s playing for keeps, you can bet he’s going to have a much larger radar cross-section coming into RedBud. If he’s able to back it up it’ll make the action in the 250 Class that much more exciting for the rest of the summer. –Hansel

After going 2-5 for fourth overall at High Point, Colt Nichols said he’d be a little disappointed if he doesn’t finish in the top three at the end of the year. That may seem like a lofty goal for Nichols, who only has two overall MX podiums in his entire career (a third overall in 2017 and third overall in 2019), but then again, he was able to find another gear in supercross this year and he’s currently only three points back of Hunter Lawrence, who holds third. A top three does appear to be within his reach this summer, and if things go his way at RedBud, he might even hold third overall following the weekend. ­–Hansel

New Chef in the Kitchen

Saturday marks the much-anticipated pro debut for Monster Energy/Star Racing Yamaha’s Levi Kitchen. The 20-year-old out of Washougal, Washington turned heads at the AMA Amateur National Motocross Championship when he swept both the 250B Limited and 450B Limited classes at the ranch. He soon thereafter signed with Star Racing and the cauldron has been boiling as to when his pro debut might come. Though he still plans on dropping back down to race Loretta Lynn’s in August, he could come out swinging this weekend and show what we could expect in 2022. –Kellen Brauer

Both Jett Lawrence and Justin Cooper have overall wins and now moto wins through three rounds in the 250 class after Cooper finally snatched the second moto win at High Point for his first of the season. A lot of the title discussion between the two seems to rest on Cooper’s ever prevalent consistency versus Jett’s raw speed, but the two ran out front in the second moto two weeks ago with Cooper eventually able to pull away. As we move towards the mid-point of the season, will Cooper begin to claw his way in front of Jett on a few occasions to turn the points back in his favor? –Brauer

It’s Not RedBud Without the Fans

Last year, it was weird seeing such empty races during the COVID-19 pandemic, but no place did it feel weirder than RedBud. These hallowed grounds have long been regarded as the venue that has the best fans turn up by the 10s of thousands every year, and 2020 felt like a complete ghost town in contrast with just riders who ran amateur day able to attend. Now, the atmosphere feels like classic RedBud again already with more and more fans filling up the facility all of Friday, and sure to be loud and boisterous like usual on Saturday. REDBUDDDD! –Brauer