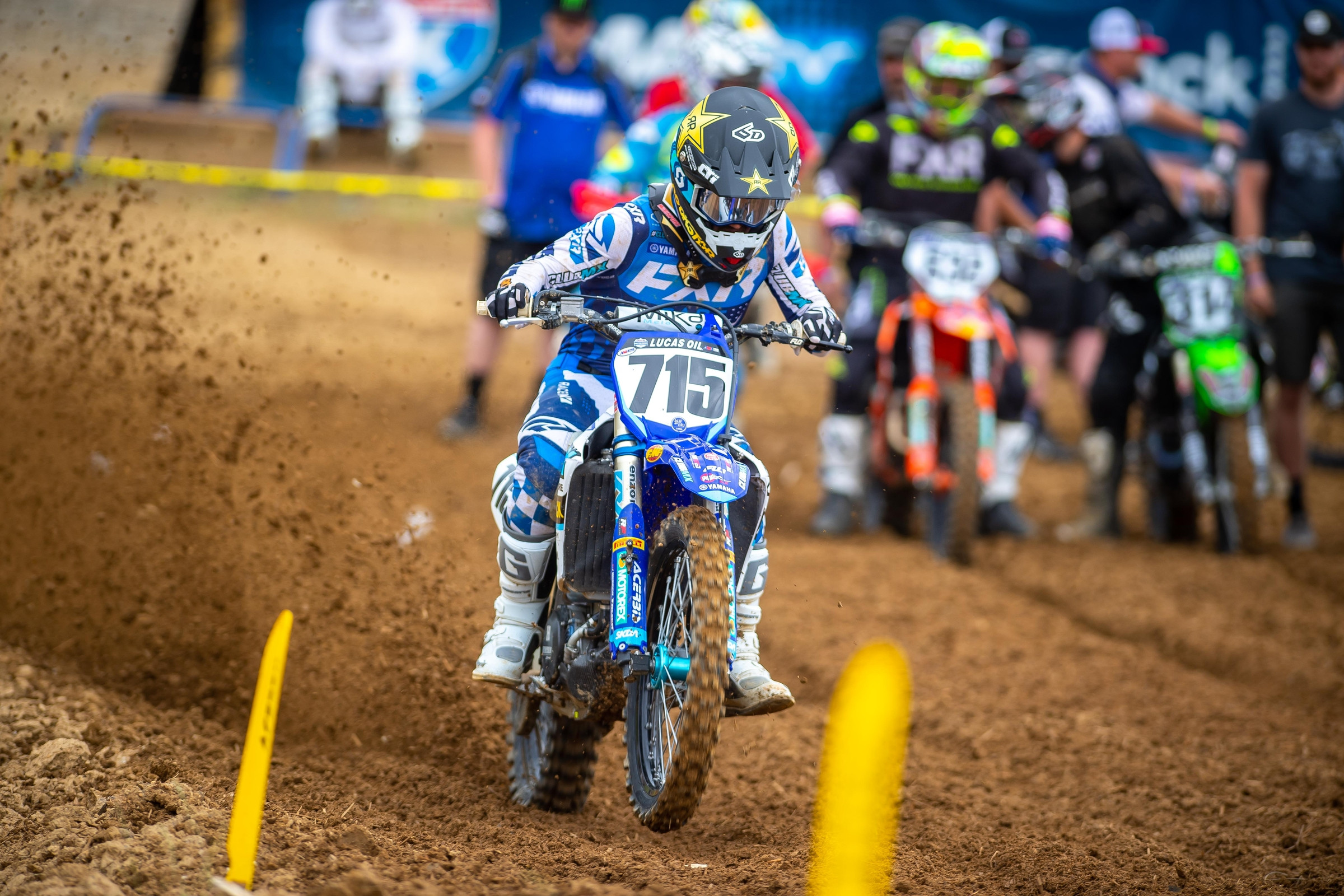 Phil finally had a good moto! He got 14th in the first moto at High Point! Look out, Ferrandis/Roczen and the rest: the title drive has begun.

Okay then the second moto wasn't as good. At least Phil is still out there, we were worried a bunch of first-turn crashes were going to leave him too beat up to keep going. Well, if you're gonna be dumb you better be tough. Phil is at least one of those.

Dear Filthy Phil,
It’s weird BOTH Troll Brothers crashed out bigly at the very beginning of their SX and MX seasons this year. And at the same races. Twice! Also, I was there at 2016 High Point the day BOTH brothers’ Star Racing motors “failed” with identical symptoms. It was eminently possible that it was Cooper Webb’s turn to win the 250 championship that year, not goofy Jeremy’s. Is this all in my imagination? Hey, maybe Jeremy’s messed up 2021 is revenge for Star messing up his 2016? Jeremy is goofy but one of the most talented racers ever. I like and support him. Cooper may have won in 2016, but he is great too and needs no unfair advantages.

I wish you the best Filthy. Enjoyed watching you at Mount Morris!

Yes. Jeremy and Alex getting hurt at the same race, at the same time is very eerie to me. It makes me happier than ever to know I'm not related to those fools. Then you bring up the engine issues at High Point in 2016 when they both failed. That was really bizarre. High Point 2016 was a rough, rough day. That day caused a lot of headaches and a lot of tension for a long time. The top four 250 guys were super close in points (Savagty, Troll, Jmart, Coop) until then. I have to disagree with you on the way you say it was Coop's  “turn” to win a championship. It’s never someone’s turn to do so. It always comes down to the one that earned it. Do I think Coop and Jmart (if didn’t get hurt) would have battled it out? Yes, 100%. But in 2016, no one could match Coop mid way through the season. Once he got rolling, he was unstoppable. No doubt Jeremy had a lot of outdoor championship experience at that time and was a beast. But I think Coop was ready for the challenge that year.

Dearest Philthy,
Since you’re already depressed, I figured now would be a good time to bring up your endurocross career. I was fortunate enough to be there in hotlanta in 2014 and that track was the hardest one I witnessed in my 4 seasons racing. Fortunately I have a trials background and it was harder on the competition than it was on me and I smoked the other old and slow guys in my Hawaiian shirt on my little girls bike. We all know how bad your experience was, but why doesn’t anyone talk about how poorly KR1 (Kailub Russell) did at that same race? He’s a phenomenal rider, but Endurocross is really hard and a fairly specific skill set and great riders doing poorly proves that. I feel you get an unfair amount of ribbing over it and KR1 should share the load from that glorious August evening.

Old and slow but smiling

That shit was one hell of an experience. I can check that off the bucket list and will never do again. F&*! that. Spencer Bloomer and JGR built me an endurocross bike. They tuned down the power, put a Rekluse clutch in there, the whole nine yards. Jonny Oler, the JGR suspension tech at the time built me a much softer setting to help me out. You think any of that shit mattered? HELLLLLL NO! I have never gone so slow and yet still had my heart rate at 190! Goggles fogging, soaking wet from the massive puddles, radiator pissing coolant every time I hit the track, and tree bark in my teeth from doing a scorpion through the matrix section every lap. Taddy Blazusiak and Cody Webb did their best to help me out, but I was a lost cause. The worst thing is, you’re going so damned slow and everything is so quiet that this time I swear I could hear my buddies laughing everytime I crashed. Screw them. That night was extremely hard. Kaluib had a helluva time that night also! We both didn’t qualify for the main. Hey, I didn’t even go out for the LCQ, I said F@&$ that. I was done. DONE! But the GNCC champ struggled bad too that night, so I still had some pride. I think the only GNCC guy to even qualify that night was Ricky Russell. Those top endurocross guys are bad to the bone! I’m out!

Hey Phil,
I am a newer fan the the sport. My fiance introduced it to me three years back and I was hooked! At first I was just rooting for who he roots for (Tomac), but as I educated myself I started to have my own opinions.

I very quickly became a huge fan of yours! I love your attitude (all of them), and I’ll cheer you on always. You really sealed the deal as my favorite with your post race manhunt of Mike Alessi in Sand Del Lee. A pointy finger mixed with veins popping out of your head was magical.

So when I go to all these MX and SX races, I see everyone in these Tomac, Roczen, heck even Alex Ray gear... and I feel like a total poser, not wearing my favorite guys merch!

You have so many fans that love you and support you rain or shine! We would love to represent!!! If you are still not thinking about putting some stuff together for the masses, I would be okay with a signed jersey... you know... just to fill the black hole in my soul and on my back where your merch should be. Have you noticed how many privateers are selling merch? If A-Ray can sell a Sketchy shirt, you can sell a Filthy one.

Keep being your filthy, filthy self. Kick ass, take names, and keep your middle fingers wrapped and safe. You would be lost without them!

I appreciate the support very much, thank you! I’m going to be honest, I think the merch thing is over saturated. All these dudes are doing it, and it’s not something I’d actually enjoy doing. It’s more of a headache than anything. I understand you can make a quick buck, and blow out some T-shirts and make some revenue. I get that. It would be much easier to sell them out of a semi that’s already there at the races and collect cash that way. Maybe I’m lazy, but I don’t want to be printing labels, packaging, and shipping stuff every day. I know there are many ways to do it, but the merch thing doesn’t interest me. Maybe I’m biased because I realize how dumb it looks to be cruising around in a Troll Train shirt. But I totally understand what you’re saying though. I get it but it’s just not something I’d enjoy doing. So look, if someone is an actual fan, scream “Filthy!” from the fences on the parade lap and during motos. I enjoy that way more than someone buying a tee shirt. To me that is priceless from the fans.