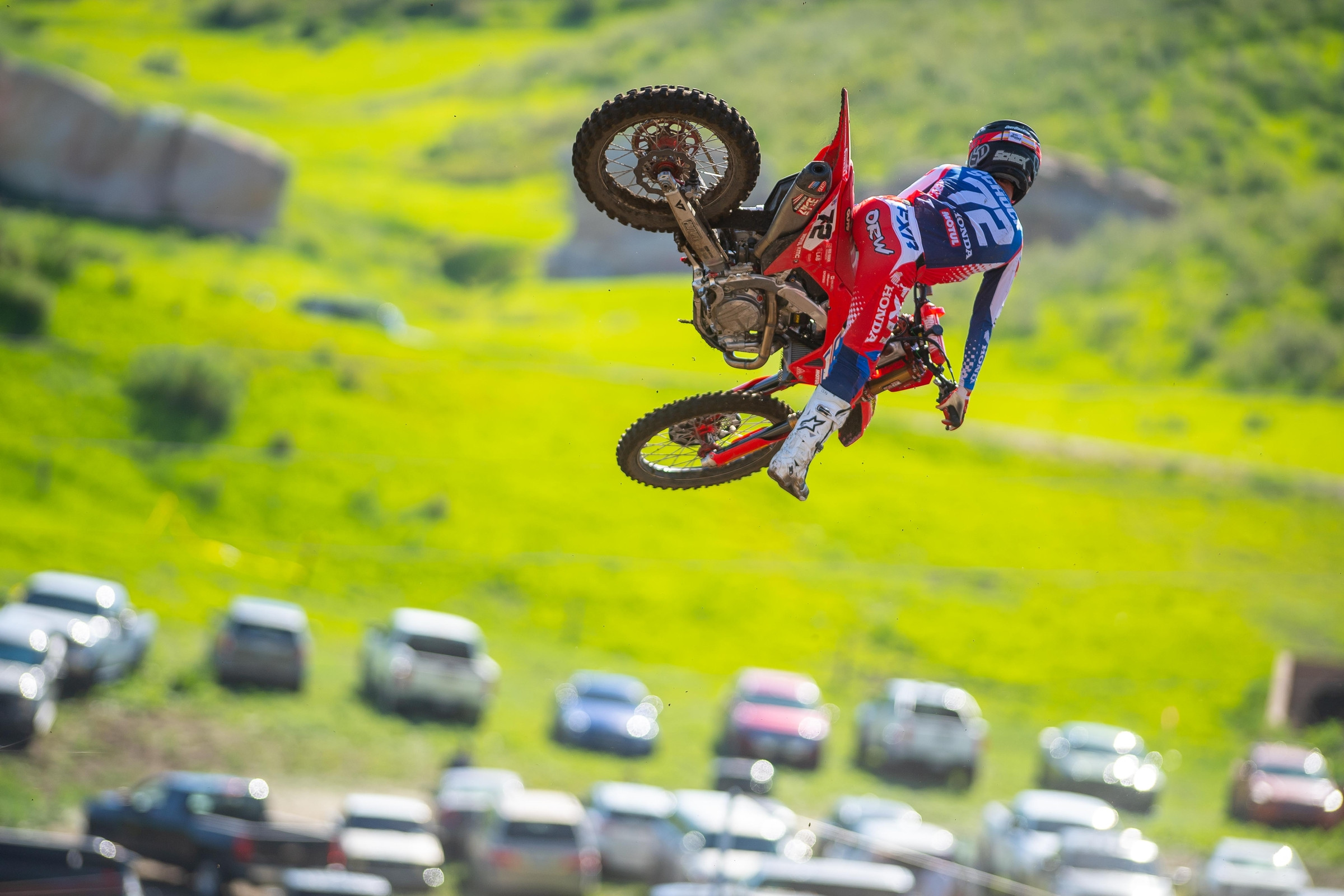 Last weekend at the Lucas Oil AMA Pro Motocross Championship opener, Coty Schock finished 16-15 for 15th overall aboard his FXR/Chaparral Honda Racing CRF450R. The Delaware native received the FMF Privateer Power Award following his strong performance at the opener. At round two in Lakewood, Colorado, Shock put together another solid ride, recovering from a fall in the second moto to fight back inside the top 20. Following the checkered flag, our Aaron Hansel caught up with the #72 to get an update on his day.

Coty Schock: Today was a struggle, but it was good for me. I pulled two really good starts. I think my worst coming out was either sixth or eighth. I rode really well in the motos, I was in 16th with like four laps to go in the first moto, and I got a flat rear. That was unfortunate. I came in, switched it out, but at that point it was too late. I ended up getting 27th. In the second moto I lined up on the outside, got a good start, and I think I was in like 12th for the first five laps. Then I hit a weird little slick spot and went down. It startled me for a second and I went from like 12th to 20th. Then I came back to 16th. It was a good ride overall. I think a lot of people will agree, the elevation really does get to you at some point, and it started to kick in for me in the last eight minutes of the second moto. I rode really well, I’m happy with how the day went overall with the situations I dealt with. I’ll keep the ball rolling into High Point. I’m excited for that one, it’s close to home. It should be really good.

Racer X: What’d you think of the track? I don’t know how many times you’ve been here…
Schock: This was my first time here. The track overall was pretty dry, even in practice. It wasn’t really super deep. If you had walked the track on Friday, they ripped it really deep and I don’t know what happened. I think they just let it dry out. I thought we were going to have some deep ruts, but it wasn’t that way. It was more like it had soft spots. There’d be a breaking bump, but it was soft. The second moto was really technical. You had to be really patient and you couldn’t really force the issue. You had to let the bike do the work and flow with it. But I’m a big fan of this track and I’m excited to come back.

Now that you’ve got a baseline going, you’ve got some experience, do you feel more pressure from yourself or anyone now that you kind of have an idea of where you were last year? Do you feel pressure to exceed that?
Me personally, no. If I’m having fun on a motorcycle, the results will come. I know every year the 450 Class just gets more and more stacked and I’m continuing to put in these results. I’m just doing what we do on practice days. I bring it to the race and it’s working. I had to really learn how to be patient, and I feel like, as a rider I’m maturing. Like I said, it’s good and it’s always a learning curve. I do expect to be around the top 15, and if I can hover around there and even get inside the top ten, that’s huge.

Plans for the break?
I believe we’re just going to do the same old thing and maybe to a bit more suspension testing. You can never really get enough, and being on this ’21 Honda, we’re just trying to see what works and what doesn’t. We found a good setting coming into this weekend, and it felt like it should. Now we’ll go back, recover, do our motos, and keep it clean before going into High Point.