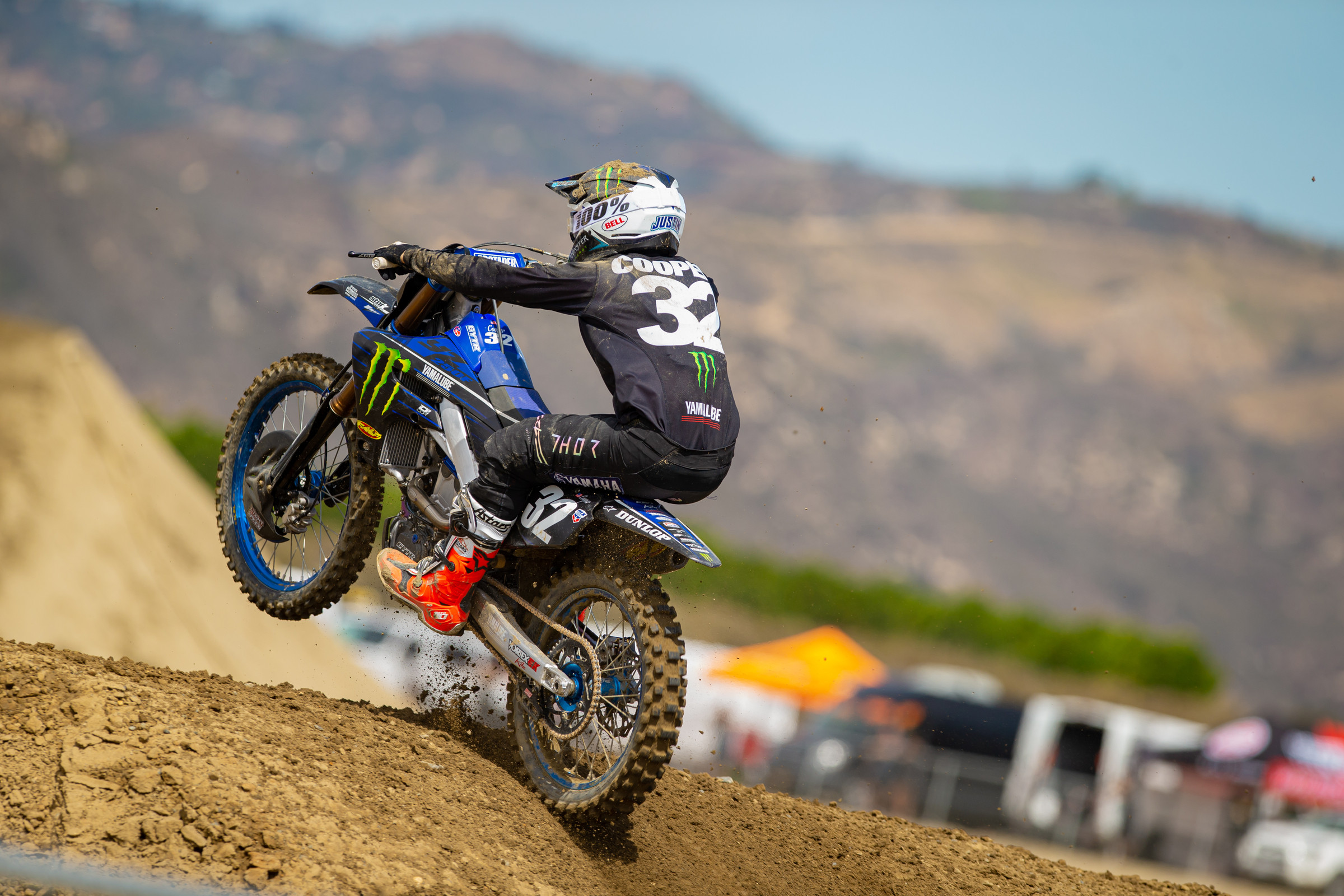 This year’s 250 Class in the Lucas Oil AMA Pro Motocross Championship could go in any number of directions. We already spoke with three riders (RJ Hampshire, Maximus Vohland, and Hunter Lawrence) to get a feel for pre-season expectations, but here’s another trio who all hope to battle for this year’s #1 plate: Justin Cooper, Jett Lawrence, and Jeremy Martin.

Racer X: You won the 250SX West Championship this year. How was the break?
Justin Cooper: Yeah, we had a little more of a break coming in. I was able to take a solid few days off and then get back into it. It was good having a break, because we didn’t have much of one during supercross, and then obviously I was hurt before that. It’s been tough getting into motocross and getting through the motos, but we have a limited amount of time to prepare for these things. We’ve done as many motos as we could. I feel like I’m prepared as I can be. Coming off a supercross championship I have some confidence, so we’ll do the best we can.

Last year you started injured, so it was a slow start to the nationals. But you had a great start to the series in 2018 and 2019 but you weren’t quite able to stay in the title hunt after that. Is there something you learned from those seasons? The season is really long. Is there something that changes throughout the season?
Yeah, I’m trying to figure that out with myself as well! I always come out super-hot at the start of a series, and then I like dwindle off at the end. I don’t know what it is. I definitely had to figure it out this year because I came out and won the first round, and it was in the back of my head. I couldn’t do that again. I had to get it done this year. It’s just staying on top of it. The series is definitely long, and with both series going on as well, by the end of the outdoor series you’re kind of tired and over it. In order to stay with that title fight you need to tough it out and be there no matter what. It’s something I’ve been trying to figure out for myself. You guys all see it as well. It’s just not very clear to me what’s going on, either. It’s hard to figure out, even from my standpoint. I just need to work on it and do the best I can.

You have a lot of fast teammates. You guys ride together. Where do you stack up? Give me a list.
So, the team, we kind of flip flop. We have the East and West guys. Every time we race supercross they ride outdoors, and then it flip flops. We’ve really only had these last two or three weeks to ride the tracks together. Everyone is going pretty darned fast, it’s kind of hard to separate. It’s going to be a really good season from a fan’s standpoint. There are so many guys who are healthy, ready to go and trying to prove a point. From a team standpoint, I feel like I’m always pretty strong, but those guys are always right there behind me. I would expect any of those guys to be up there at any time.

Racer X: You had a strong ending to supercross with a win, and you’re heading into motocross. Are you looking to win round one and stamp some authority on this championship?
Jett Lawrence: I don’t know. I haven’t raced any of these guys outdoors yet. It’s a different year. No, I just want to see where we are. You can’t win a championship in the first round, but you can lose it. I’ll just do what I can on that day and try to be there for the whole season. Hopefully, I can win a championship, but if anyone else does get it, hopefully I don’t make it easy on them.

As you transition from rookie to title contender, does the pressure increase?
Um, I don’t really think you get pressure put on to you unless you do it to yourself. If you think you have pressure, then you have pressure. If you don’t think about it, then you don’t have that stress. I don’t think much has changed much; I’ve just gotten smarter on the bike. Starting to ride more as an adult, it feels like, less like a kid. But I think being in title contention is fun. You have something to look for. As a rookie you’re just like “Yeah I’ll just go out there and have a good race.” Now you have that extra bit of fire going to either win or always be battling with the top boys. But I don’t put much pressure on myself.

Racer X: We haven’t seen you since that poorly timed injury in supercross. I’m sure that was a crusher, mentally. How were you able to get over that and how are you feeling physically now?
Jeremy Martin: Yeah, no doubt the shoulder coming out was a big deal, and I didn’t even get a chance to race yet this year. I’m really disappointed about that. I’ve just been trying to rehab it. Shoulders are a big pain in the butt. I feel like I’m in a good position to contend for wins and this championship, but I know this field is going to be tough. We’ll see what we can do.

Last year the championship was so close, and the difference was probably the bike, at least that’s what we in the media think. You made the move to remedy that problem, you’re on what many consider the best bike out there. How does it feel on that bike outdoors now that you’re back on it?
Yeah, it’s been fun to get back on the Yamaha. I’ve been back home in Minnesota doing a lot of riding, and to feel the difference in lap times compared to what I was on the GEICO bike, I was really fast on that bike and there was a good gauge there. This year to come back to the same tracks and see the difference in speed and the amount of effort to continue to go that speed, it’s been very cool to see. I’m comfortable and it’s time to make something happen on this Yamaha. I haven’t done anything this year! I’ve been patiently waiting to race again!

It's no secret you want to go to a 450, and that’s probably part of the reason you went to the Star Racing team. Is there extra pressure to prove yourself this 250 outdoor season?
Absolutely, I would love to have a good season here in the outdoors to lock up a 450 ride. That would be the ultimate goal. But if I’m being honest, I don’t think a lot of people doubt me much when it comes to motocross. What they want to see is a 250 supercross championship, and a really good season. I think that’s kind of the last piece of the puzzle that other people that are in position to give me a 450 ride are looking for. I was obviously injured during supercross and didn’t get to show what I’ve got, so I’ll just have to do my best outdoors and hope I get a ride from it.

Below is the full 250 Class press conference: