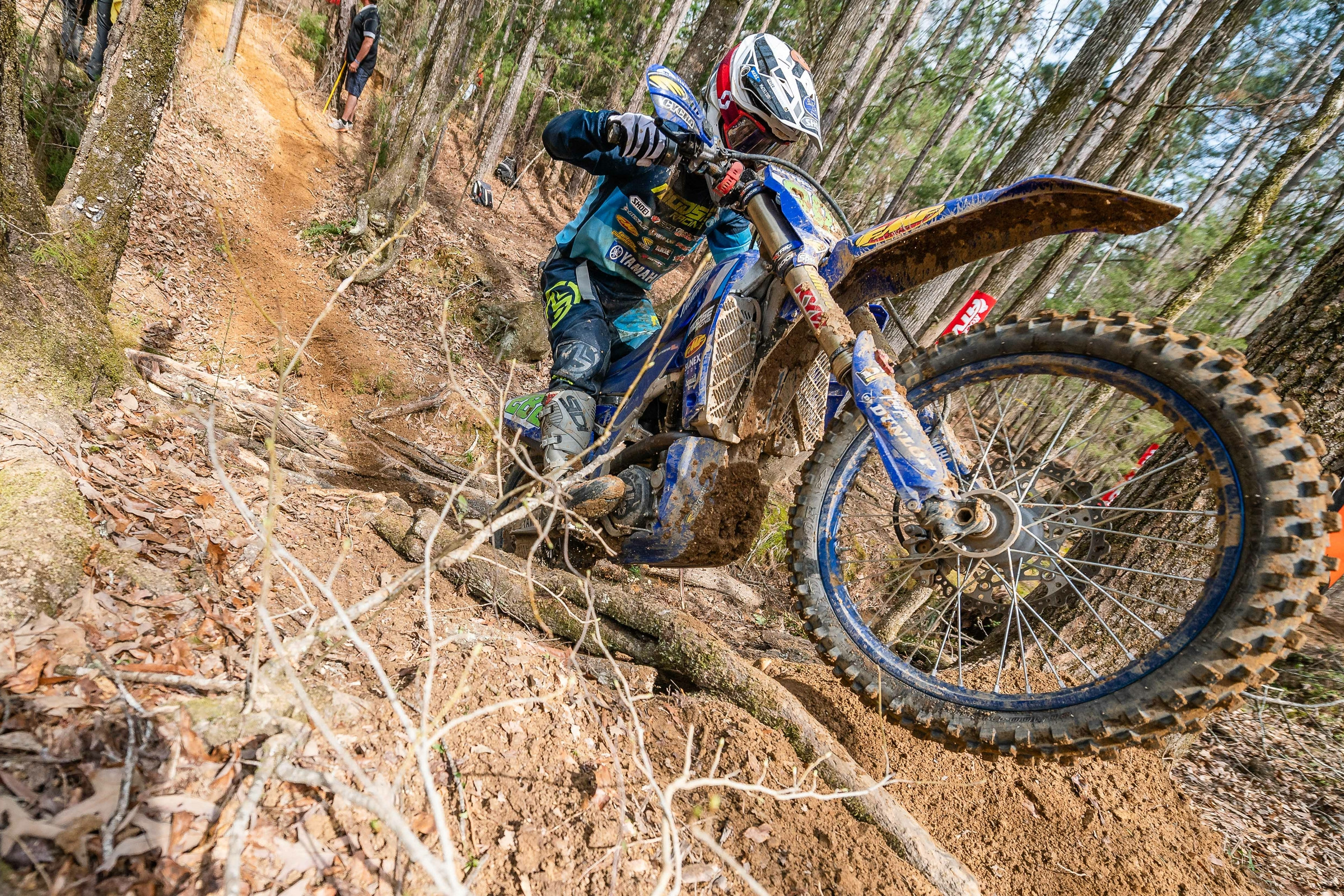 GNCC Report 3 Things We Learned From Rounds 2 and 3

It’s tradition that the Florida and Georgia rounds of the GNCC Racing season take place on back-to-back weekends. It’s been done this way for many years, even back when the Florida round would take place on a Tuesday during Daytona Bike Week, with the Georgia round immediately following on Sunday. That shorter gap between events served as a brutal tests of a racer’s ability to recover and go racing again right away, but that changed a few years back. Now now with a week to recoup, it seems like the racing stays tighter at these two rounds, with riders more likely back into fighting shape for the Georgia race. Here are a few takeaways from those back-to-back rounds.

These Rounds Are Tough

It’s no secret that Florida’s Wild Boar GNCC gets rough. Like, really, really rough. This is a sand race. The pro motorcycles are the last race of the weekend and while the track crew spends hours and hours dozing the course on Saturday night after the ATVs, there’s still a full day of youth and amateur racing on Sunday to make it all rough once again. The whoops are deep, spaced really far apart in places and they turn in all directions. Yes, you’re literally trying to stay on top of whoops while also making your way around a turn. Some of those whoops are so deep that a Yamaha Grizzly ATV’s handlebars are even with the ground off-trail while sitting in the middle of a whoop!

On top of this, there were also some deep mudholes to contend with. Rain leading up to the race really raised the water table and made for some swampy spots out on the course. They were all pretty passible but there were a few spots that would reach out and bring you to a screeching halt if you weren’t careful.

The Georgia round doesn’t get quite as whooped out, but it gets a totally different kind of rough. Instead of deep and endless whoops, the Georgia event gets deep ruts and some whoops of its own, as well as square-edged holes with roots in them as well. The Georgia track also seems to hold water in places early in the year, and while this year was actually one of the drier Georgia events, there were still a few really soft and wet spots that became pretty treacherous in their own right.

Anyone who makes it through these two events back to back is one tough customer. They’re not a hard enduro by any means, but they’re a special kind of tough.

The GNCC Racing season is now three rounds deep and each round has seen a different winner. Grant Baylor came out swinging a few weeks ago in the opening round with a win aboard his new GasGas, which also marked the first-ever GNCC win for GasGas as well. In Florida, Grant started out buried deep in the pack. However, he kept turning consistent laps and ended up finishing fourth, which kept him in the points lead heading into the Georgia round.

Ben Kelley grabbed his first win of the 2021 season in Florida, and backed that up with a second place in Georgia. Combined with a fifth at the opening round, Kelley left the Georgia race with the points lead. Kelley was injured for a big chunk of the 2020 season, but slowly seemed to get back to where he was at the end of 2019, where he won his first-ever GNCC overall win in just his second race in the XC1 class after wrapping up the XC2 title (he then won his third start as well). Right now, his 5-1-2 finishes have him atop the series.

Steward Baylor was a big favorite coming into the 2021 season after winning four of the last five rounds in 2020. However, a crash at the opening round of the National Enduro Series left Stu with a huge cut on his lower back, which actually kept him out of the opening round. Stu returned for Florida with a lot of eyes on him and ran inside the top three for the majority of the race. However, a clutch issue late in the race would leave him finishing eighth in the XC1 class and 14th overall, which certainly hopes his points total.

This provided huge motivation for Baylor as he entered the Georgia round with a bit of a chip on his shoulder. He came from seventh on the opening lap to take the lead on lap two, and held that lead all the way to the end to take the win. There’s no doubt that Stu is motivated and looking to dig his way out of the points deficit he’s facing and the rest of the season could be really exciting to see unfold.

Last year’s XC2 championship battle was one for the record books as the title came down to the final round with Craig Delong emerging as champion. After Mike Witkowski won the opening round, Johnny Girroir has gone on a tear by claiming back-to-back wins. Girroir was in the hunt for the 2020 title but a concussion at Ironman caused him to miss the final round of the season in West Virginia.

Girroir now has the XC2 class points lead with Delong in second and Witkowski in third. Just six points separate all three of these guys thus far, so they are picking up where they left off in 2020.

While the main focus has been on these three guys, a number of others have the chance to play spoiler and grab podiums and possibly race wins as well. Lyndon Snodgrass, Evan Smith, Cody Barnes, and several others have ran inside the top three at several times throughout the season, and all of these guys have the speed to finish on the XC2 class podium. This could make the XC2 class championship battle even more intense than it was in 2020.