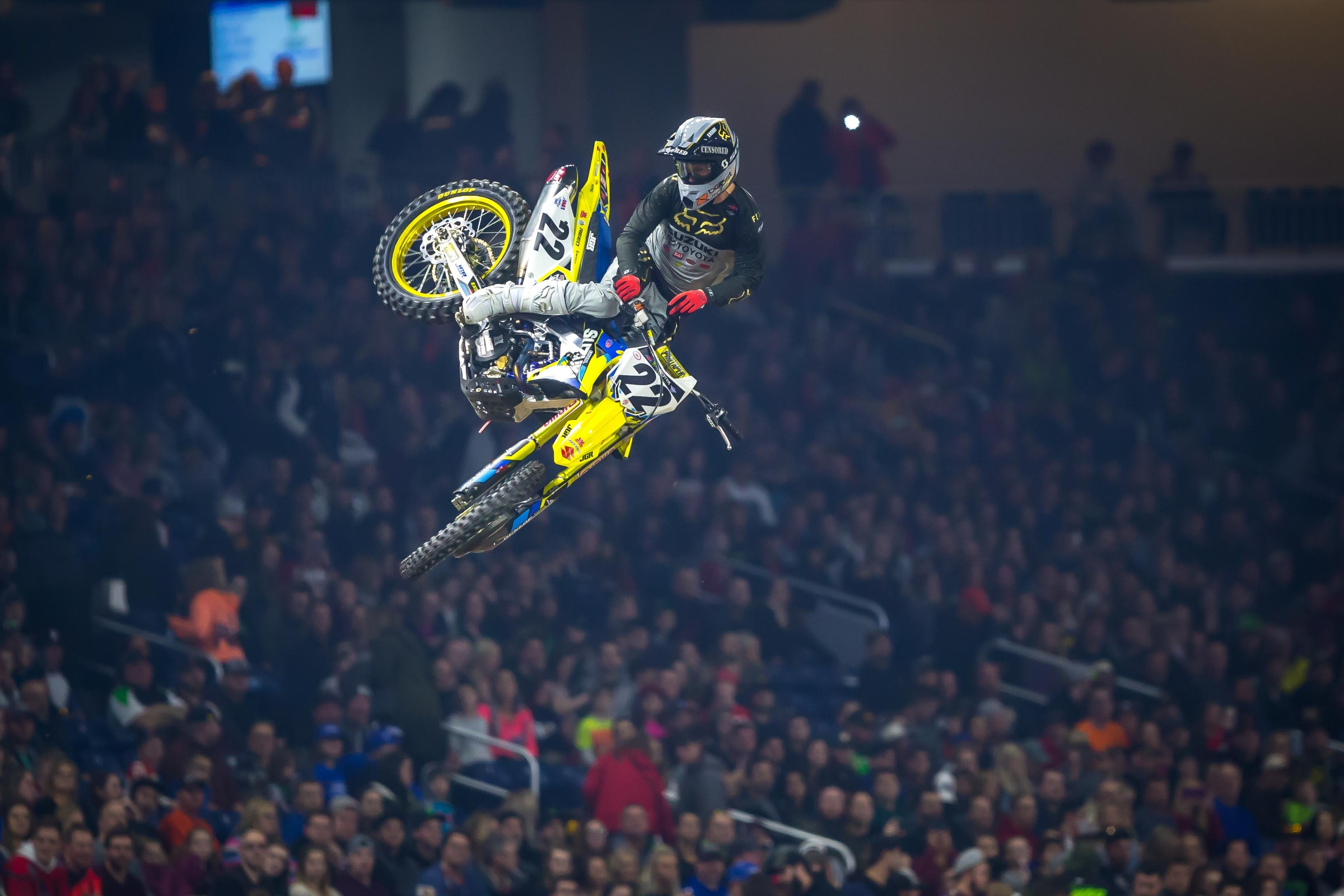 Last Saturday night’s Daytona Supercross marked the 700th round in the history of AMA Supercross, going back to the 1974 Daytona race. On the eve of the 701st AMA Supercross, let’s see where we are on a bunch of records and stats involving the first 700 races.

At the top of almost every list involving AMA Supercross is Jeremy “Showtime” McGrath. The King of Supercross has the most wins at 72, as well as the most championship titles at seven. And then there is this: Even at 700 total AMA Supercross races, going back to the first in 1974, McGrath still owns more than 10 percent of the total wins, and will continue to until sometime next year when we reach 721 total races. (When McGrath’s last win came in January 2001 at the second Anaheim, the 362nd race, he owned nearly 20 percent of all wins in AMA Supercross history.)

The brand with the most of the 700 wins is Honda with 219. Honda has also had the most total podiums with 683.

The youngest winner in AMA Supercross history is Ron Lechien, who won for the first time in Orlando on June 11, 1983 (which happened to be the 100th round). Lechien was 16 years, five months, 29 days old. (This stat deserves further explanation. Back in 1972, at the Superbowl of Motocross at the Los Angeles Coliseum, which most consider the birth of “supercross,” winner Marty Tripes was just 16 years, 10 days old. But the race was not considered an AMA Supercross, as the series had yet to be invented. Instead, it was a part of Edison Dye’s old Inter-Am Series.)

The rider to get podium results in the most seasons is Mike LaRocco, who took podiums in 17 different seasons. Between 1989 and 2005 the Rock made podiums every season.

As for brands, Honda has captured podiums in 47 different seasons. The only year it missed getting any podiums was in 1974.

The riders with the longest winning streaks ever are Jeremy McGrath and Ricky Carmichael, who each had 13 consecutive wins. Honda’s McGrath got 13 wins in a row in 1996, Kawasaki’s Carmichael did it in 2001. They also share the record for most wins in a season, as McGrath had a total of 14 wins in ’96, losing only a single race, while Carmichael had 14 wins in ’01, losing two races in a slightly longer series. (Coincidentally, McGrath and Carmichael also both left their respective brands after those record-shattering seasons of ’96 and ’01. In the year that followed, the brands they left—Honda and Kawasaki, respectively—failed to win a single race.)

The only rider to ever win on four different brands in AMA Supercross is Chad Reed. The Aussie first won on Yamaha, then Suzuki, then Kawasaki, and finally Honda.

Finally, there have been four different riders to get podium results with four different brands. They are Chad Reed, Mike LaRocco, Ezra Lusk, and Warren Reid. All four racers got podiums riding the four different Japanese motorcycles.