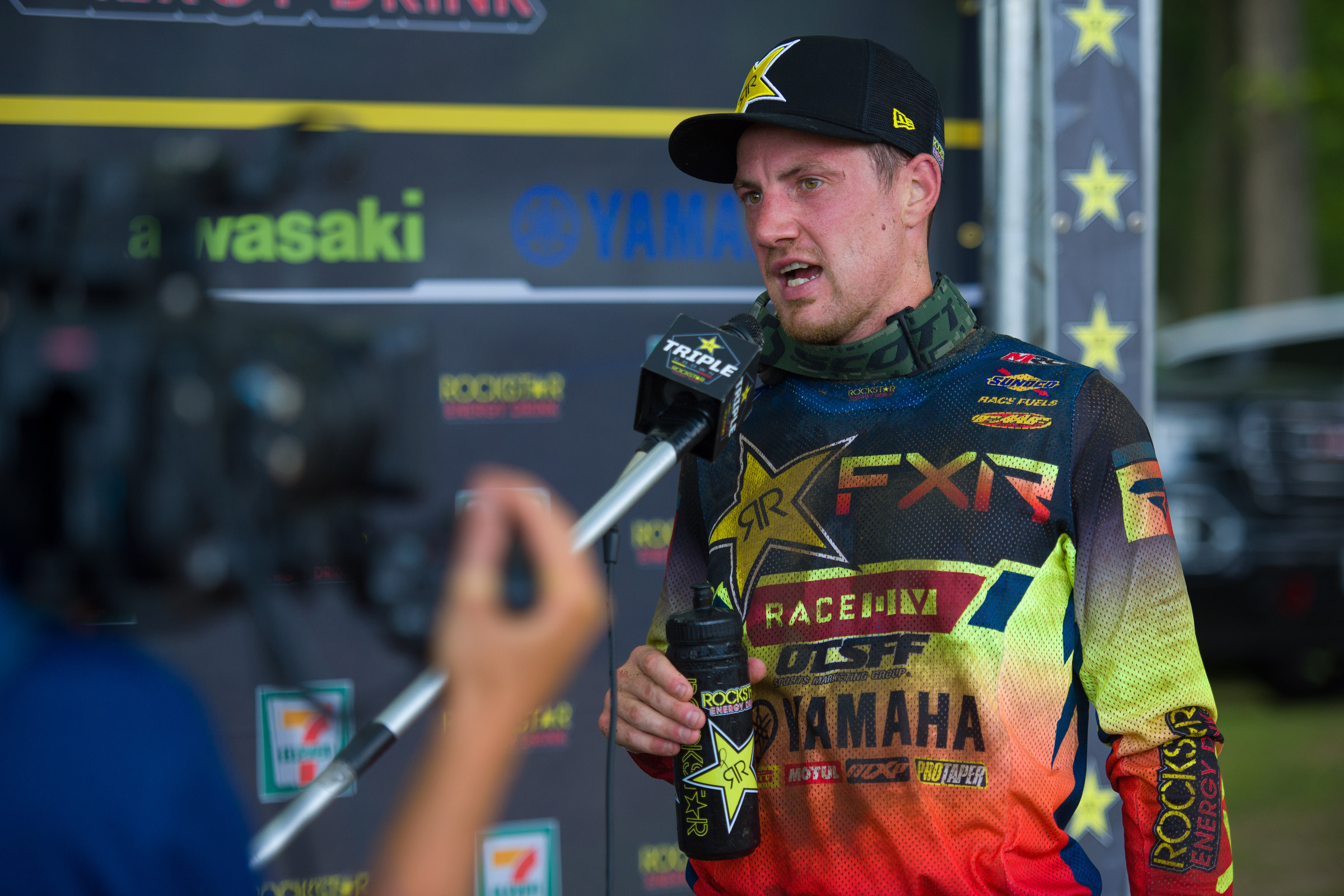 Once again Phil Nicoletti is here to answer your questions. Do you need advice on something regarding life, love, or racing? Phil has superb advice on all of these topics and many more.

He’ll also be back racing this summer in the Lucas Oil AMA Pro Motocross Championship, but who really cares about that? Phil is here for you. Send your questions to phil@racerxonline.com.

Phil,
You have been around the block and you have ridden multiple brands and competed in multiple race series. With all of your worldly experience, give us your dream factory scenario! Bike brand and size, race series, teammates, team manager, trainer, title sponsor, gear, and residence... Would you own a place like The GOAT Farm, The Baker’s Factory, Pastrana Land, or heck, even Michel Jackson’s Neverland? Which D-list journalist would write your biography (and why), Matthes or Weigandt? One more thing, from floor sweeper to team manager, you have to award Troll and Jerma a position—what would it be? Anything goes, give us the Phil utopia!
Jimmy G
District 23

Shittttt man, that’s gonna be tough. As a kid, I always rode Honda’. So that was always the dream team to ride for when I younger. I think a lot of dudes would say that. In 2006, Honda flew some of us amateurs to Glen Helen to ride the factory bikes for the day (Andrew Short and Davi Millsaps’ bikes). That was cool. As for team manager, that is a bit touchy because I’d need someone who can see and watch me, and understand what I need and personality. Bobby Hewitt, “Scuba” Steve Westfall, and Steve Simms from my team in Canada. Bobby pushing the pencil, and Scuba/Simms being crew guys. That would work. As far as trainer, I’m good with my guy Seiji Ishii. Super smart, doesn’t OVER CHARGE some ridiculous amount, and the training has a legit purpose. Not a “one plan” fits all. Man, teammates is tough. I’m going with a four-man team, with Troll (Alex Martin), CW2 (Cooper Webb), Weston Peick, and myself. I would never own a facility or my own place. I don’t want shit to do with repairs on tractors, dozers, and water trucks! I like ClubMX, and I like Charlotte. Easy Peasy! Can’t go any other way than the AMA Motocross Championship. There are some tracks around the world I would love to check off my bucket list (MXGP in Patagonia). Matthes and Weege would both fail on my biography, because they aren’t real journalists and spread fake news. Now the real question between Troll and Jerma (Jeremy Martin) for floor sweeper and team manager. I going to take Alex for team manager, and Jerma floor sweeper. Only because Alex is decent with managing things, and Jerma is kind of OCD and would sweep until the floor wore thin.

Hey Phil!
If you are able to get into it I would love to hear the story on team PDL from back in your amateur/rookie days. What’s the story behind the team and what went down?
Thank you,
Steve

Steve,
The PDL (Pay Day Loans) team was a badass, little team out of Philly. It lasted a little over a year, I believe. They had a BIG run for a short while haha. A lot of money was spent. Badass Show Hauler and double stacker trailer. I, myself, don’t even know the full story. The team had two local northeast legends Casey Clark and Kevin Brodsky. I was just turning A class in 2006, and was racing those guys locally battling and beating them at times. I had Honda support (bikes/parts), but amateur racing still isn’t cheap even with that. Chad the owner, offered to help with somethings which was fantastic. It was a dream gig for me at that time. Casey and Kevin did outdoor nationals, and I did the amateur stuff. Some weekends I traveled around with those guys locally and had a blast. One time we drove to Central Village, in Connecticut to race a NESC. The entire ride, Clark and Brodsky wrestled my ass the whole way. Literally wore me the eff out, me not knowing NESC ran 20-minute motos. That day I really learned who Mike Treadwell was, because he owned me! But to really answer your question, I don’t have a clue in what went down, or what happened after that. I have nothing bad to say, they all treated me great.

Hi Phil,
First time writing in. Your feature is awesome, love hearing from someone that knows what they are talking about. My question is this, do you pro motocrossers enjoy, or even ever get a chance to go trail riding? What do you guys think about the GNCC, Enduro riders? Ever get a chance to ride with them? Ever think you might enjoy tying an extreme enduro?
Thanks for your time
Craig Mayer

Oi Craig,
I love woods riding. At least once a year, the boys and I will head to Brown Mountain in North Carolina, and spend the day riding. I wish I could do more of it. That’s the whole reason we all ride in the first place, is to have fun with the boys. I’d like to check the box of riding a GNCC one day. Key word, RIDING. I know better than to show up and race those sickos. Any off road rider at the top level, desert/woods/endurocross, has a screw loose to do what they do. I participated in an Endurocross in Atlanta (2014). Spencer Bloomer, long time employee at JGR, and my mechanic there for some years, thought it’d be a good idea. Turns out it was the WORST thing I’ve ever experienced on a damn dirt bike. Honestly, miserable!!! I wanted to burn my dirt bike after I destroyed every part on it that night. I didn’t even show up for the LCQ. Call me a quitter, I don’t give a shit! I’ve done plenty of laps with Kailub Russell and Josh Strang at the JGR test track over the years and they are quick. Anyone that’s at the top of their game in any motorsport division is badass. End of story.