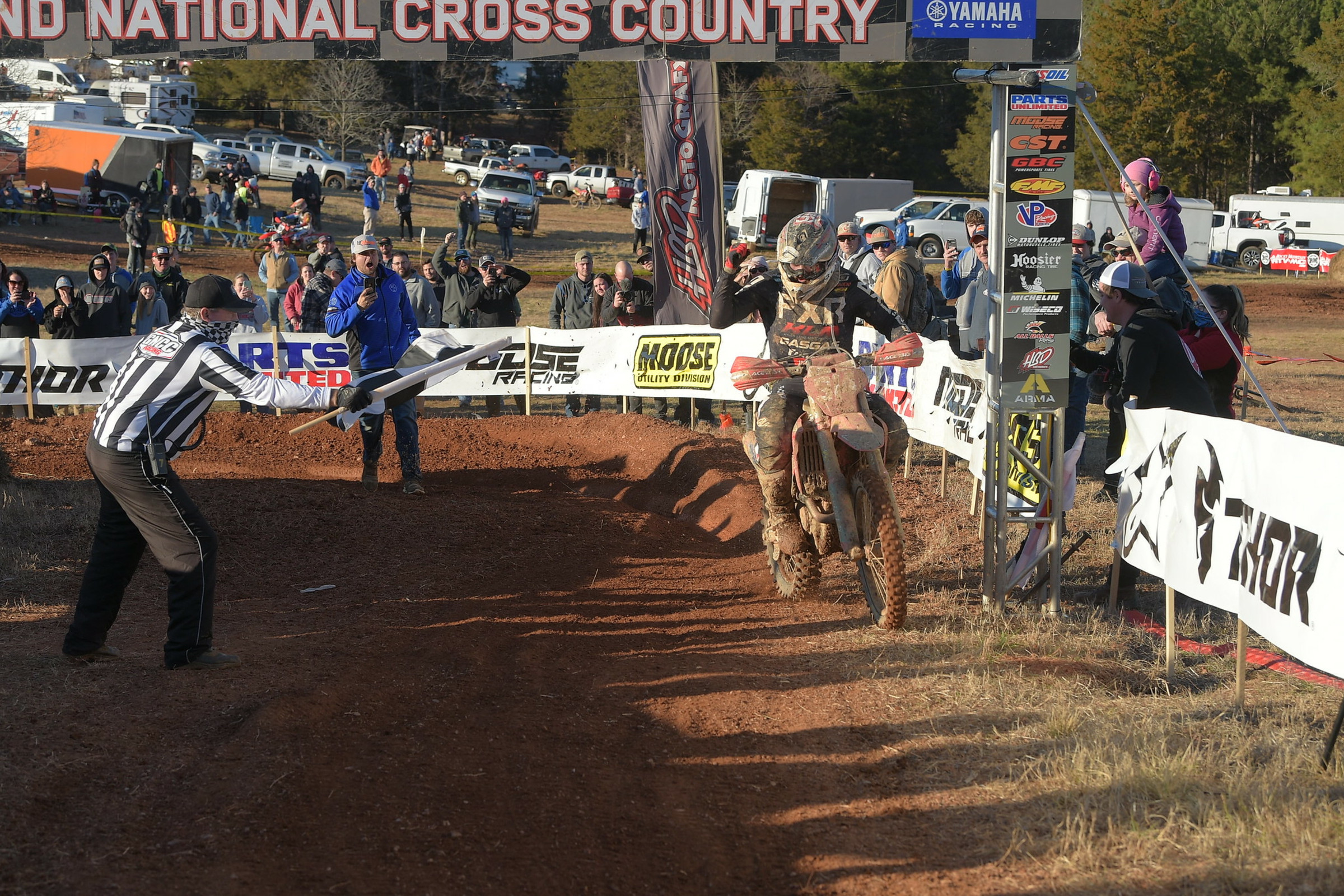 The opening round of the 2021 GNCC Racing season kicked off at the Big Buck Farm in Union, South Carolina last weekend with a huge crowd of racers. In fact, there were actually a grand total of 2,021 riders taking part in the weekend’s festivities and the new season would be greeted with a new winner and its fair share of intense and close racing action. By now you’ve probably heard the key points from the race, so let’s take a look at a few things you may have missed unless you were there in person.

Heavy rainfall the weekend prior to the event made for an incredibly muddy Mid-East Hare Scramble event just a few miles up the road. The Mid-East series is ran by GNCC’s former Lieutenant Trail Boss, long-time racer, and the man with the best North Carolina accent ever, Buren Hamrick. The Mid-East events are notorious for running rain or shine, and their muddy opening round had a lot of folks worried for the Big Buck GNCC.

Luckily the Big Buck property sits up just a bit higher and long days of sun and wind Tuesday and Wednesday had the place dried out really well before getting hit again with rain on Thursday. This Thursday rain would saturate the Big Buck facility but it was nowhere near what anyone expected. There were all kinds of rumors of what the track would be like, but while the parking lot was muddy and slick early in the weekend, things really began the shape up by Saturday’s ATV race and conditions were darn near perfect on Sunday.

Some sections turned into pretty tough mudholes but riders were able to pick their way through without much trouble if they found the right line. The GNCC series will head back to Big Buck for another event in April, and these muddy areas will actually impact the course layout for that April event more than the opener. Overall, the Big Buck course ended up with more sections of true “hero dirt” than muddy sections.

Yes, Kailub Russell has retired from full-time GNCC competition but he was still on-hand at Big Buck to not only let his son Krue race (Krue claimed his first GNCC win in the 50cc Jr 2 class by the way!) but he also was there to help out the KTM folks, even going out in the woods and helping the guys find their way through a tough muddy spot. Kailub didn’t just help the KTM folks, it seemed like he pointed out some good lines to anyone who needed them. Kind of a unique element to GNCC racing right there.

You’ve likely already heard that Grant Baylor pull off the win but what you may not realize is that was also the KLM GasGas team’s first win…. In their first GNCC! KLM supported Evan Earl in the latter part of 2020 as part of a small Kawasaki effort, but for 2021 they banded together with Milwaukee tools and GasGas to form a full-blown race team. They kicked off that partnership with a win!

KLM stands for Kyler Lenz Motorsports and is ran by Kevin Lenz, who named the team in honor of his son who passed away in an ATV Motocross accident several years ago. The team has grown from a smaller ATVMX effort, to this full-blown GNCC effort. It’s really amazing to see this team grab its first GNCC win! For Grant, this is the second GNCC overall win in his career, but this is the first one that he’s really been able to claim straight up. Several years ago Grant was credited with a race win after Thad Duvall was docked a position. This is not how anyone, especially a Baylor, wants to win a race. So for Grant to finally notch a “real win” is a great feat as well.

By the way, if you’re a little confused, Grant Baylor is the brother of Steward Baylor. Stu was expected to be a title contender this year after winning a slew of races at the end of 2020, but he had to stay on the sidelines for Big Buck due to an injury. Grant won and big brother was right there to greet him at the finish.

4. XC2 Title Chase is Going to Be Intense…. Again.

Last season’s XC2 class title battle was amazing. Three riders exchanged race wins throughout the season and all three of them had a mathematical shot at the title at the final round. Craig Delong ended up with that title with Mike Witkowski in second and Johnny Girroir in third. Several others played spoiler to the podium several times in 2020, too.

This year just kicked off the same way 2020 did with Am-Pro Yamaha’s Witkowski claiming the XC2 class win ahead of Delong. With that motivation from coming so close in 2020, Witkowski is already looking even stronger in 2021. However, Delong now knows what he needs to do to win an XC2 title and with the number one plate on his bike, he’s looking to claim another title before being pushed into the XC1 class in 2022.

Girroir ran in contention early but it would be Aussie Lyndon Snodgrass landing on the podium in third. Snodgrass is teammates and training partners with Josh Strang, the 2010 GNCC champ. With that expertise, Snodgrass looks to be yet another player in the XC2 title hunt, as does Evan Smith. Smith is running with very little support this season and finished a very impressive fourth place at round one ahead of Cody Barnes, who made the switch to the Phoenix Honda team and is no stranger to the XC2 class podium.

Everyone is now setting their sights on round two, which will take place in the grueling Florida sand next Sunday. Steward Baylor is likely set to return at this event after missing the opening round to let his wound from the Sumter National Enduro further heal. With Steward Baylor back in the mix, Grant Baylor riding a wave of confidence, Thad Duvall, and Josh Strang, looking to improve on their podium finishes, and guys like Jordan Ashburn, Ben Kelley, Ricky Russell and more capable of landing on the podium, Florida’s Wild Boar GNCC could be even more exciting than round one.