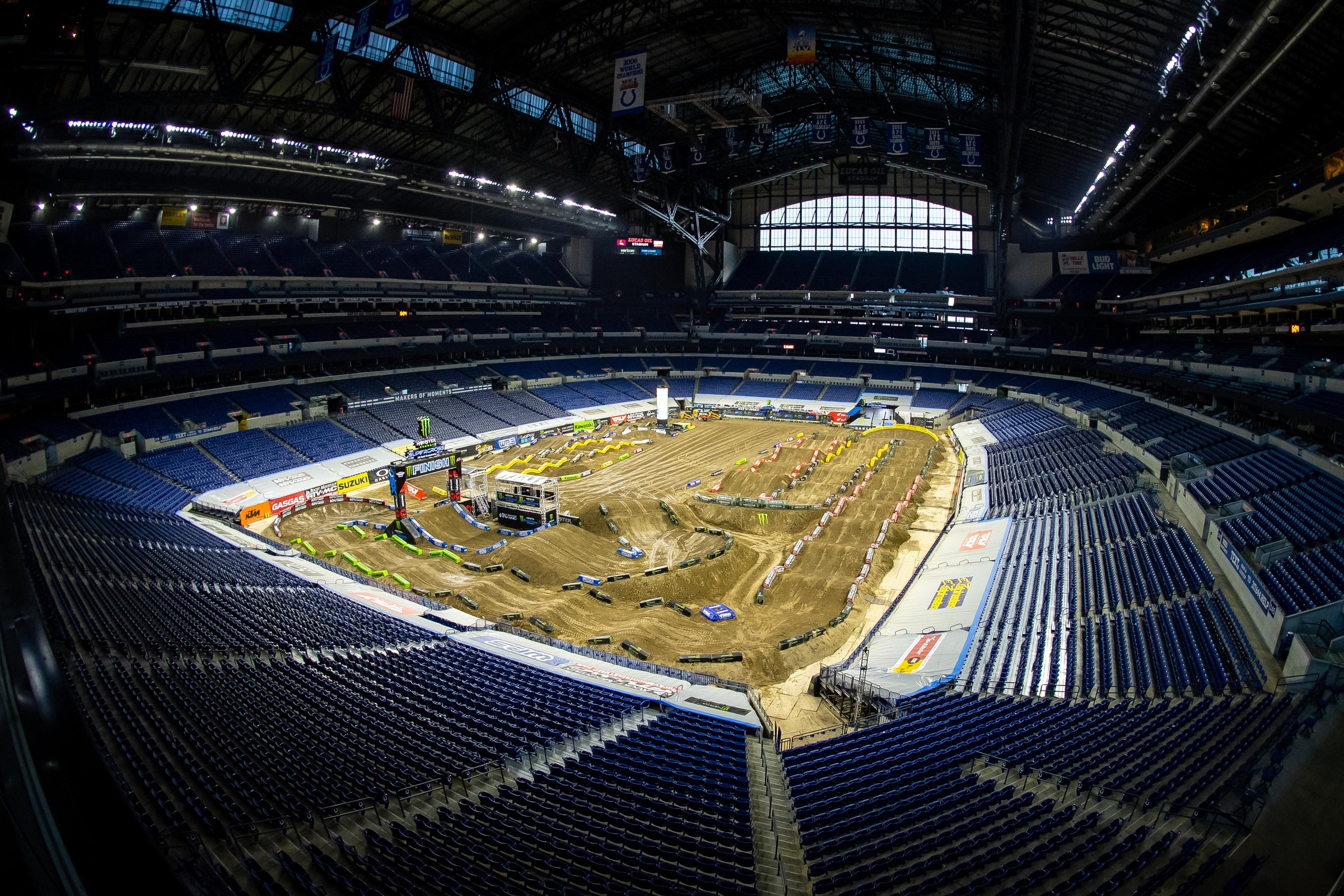 Wow, six rounds down in the 2021 Monster Energy AMA Supercross Championship already. These things are stacking up fast, huh? Indianapolis just finished hosting three races in a week and we’re onto Orlando as the series slows down to the usual one race a week format.

I wasn’t at Indy 3, but I did watch it on TV of course. I thought we’d take a look at some riders that, through six of 17 races, have either met, exceeded, or underperformed my expectations to start the year. Remember these aren’t your expectations, they’re mine and therefore, they’re not subject to being either right or wrong!

What a brilliant column idea, there should be zero outrage in the comment section below, right?

Okay, let’s get started, shall we?

Uh yeah, this one was easy. Before the year I thought that Roczen would be fast, he would win races, but I wasn’t sure he’d be able to avoid the pitfalls that he’s suffered the last four series we’ve seen (he was so beat up mentally and physically he didn’t even race motocross last summer) and the all-new Honda CRF450R gave me pause as well. Well, he just ripped three wins off in Indianapolis, he’s barely lost two other races and he’s got a nice points lead already. Absolutely exceeding my expectations right now, his starts are amazing, he’s been flawless on the bike and everything is coming up aces for Kenny and Honda right now.

It’s tough to say for sure that Colt has been a revelation this 250SX East series because we’ve seen some great riders get hurt and the class is thinned out. If you had told me Colt would win races and be the points leader, I’d accept that, but I suppose the dominance we’ve seen is a bit surprising. One thing I think that’s been overlooked with Colt is his fitness, we’ve never thought of him as a RC-type of wear you down fitness, but he’s done that to guys this year. Add in his technical skills, which have always been obvious, and you have the red plate holder right now.

Webb’s got a win, he’s got a bunch of podiums, and he’s second in points. That seems about right for what I thought we’d see out of him. Beware of the Webb as the series goes on and on…

Here’s the thing, yeah, the field isn’t the strongest but when it was, at the opener, Craig whupped up on everyone. The fact he’s won two races this year on the new bike and team after a couple of down years tells me that he’s already done better than we had thought he would. Yeah, he’s got that talent—we call all see that but this year, he’s not making dumb mistakes. Well, there was that one thing at Indy 2.

ET’s underperformed…barely. I struggled with this ranking a bit because he has won a race but three podiums in six races seems low, right? We’ve yet to see him go beast mode one everyone but we know it’s coming, right? One thing that he’s got to stop doing is being passive on the opening lap. It takes him a bit to get going and it costs him positions. Still, there’s Daytona coming up and if those results there mean anything, he should also be very strong at the Atlanta races.

I mean, he would’ve gotten third this past weekend if it wasn’t for, well you know. Barcia’s been very good to start the year and it’ll be interesting to see if this crash and incident takes the wind out of his sails on the GasGas (FunFun!). I found it ironic that Bam Bam came in hot pointed to the exit of a turn and made contact with Roczen early in Indy 3 but as he explained on social media, that part was fine. That was a mistake (by the way, I accept that reasoning, I hope JB didn’t think he could actually pull that “move” off) but in the meantime, when Vince Friese says he didn’t know Barcia was behind him and took Justin down, well that’s totally ALL ON Vince and couldn’t possibly be a mistake (shrugs shoulders)

I was ALL IN on Wacko for this SX season but he’s yet to get a podium despite some good rides. Like, I thought we were seeing multiple race wins from the #16 this year but no podiums is a shock. Whatever the opposite of putting himself in a good position to have success early in the race is what he’s doing. I’m not selling my Wacko stock though, I’m still a believer!

On some weekends Weege will say Brayton is the best and he's going to win the main, the next time he'll tell us to even get on one podium at that age is superhuman so we’ll go with this and I get to keep my job.

There are reasons for this as in, not much prep before the season due to some nagging injuries and now some sort of issue with his legs where he can’t grip the bike. So, we’re seeing him go backwards right now but the speed is there. Well, mostly anyways. This injury he’s got now will go away in time and for now, AC’s got to grin and bear it out there as dudes zoom past him.

Let’s face it, 2020 was a disaster for Savatgy and amid team turmoil over there, he’s done pretty well. Just slowly stacking up good finishes and running inside the top ten is more than enough for me to exceed expectations.

Davalos has hit the ground in every main event this year until Indy 3, and in that race his bike suffered a clutch malfunction on the last lap, and he lost a bunch of spots. Poor Marty. He was a revelation last year and all of us members of Marty Nation thought he could take a step up in 2021 but so far, it’s been rough. I STILL BELIEVE.

We’ll balance all three of these guys out. Malcolm Stewart’s been actually pretty quiet out there, but he’s also been good. Who would’ve ever thought that the brother of James Stewart would just be a steady rock out there with no surprises? Aaron Plessinger has been both good and bad this year this year with some weekends looking like he’s one the way up and others, he’s just okay. Who knew starts were so important in SX? (Narrator: everyone did). Dylan Ferrandis shocked and surprised with his podium at round two but some crashes here and there have robbed him of the ability to do that again. Indy 2 he got a good start, and I was thinking that we might see something, but he fell. All in all, the Monster Energy/Star Yamaha Racing guys have been about as expected when you weigh the good with the bad.

All the 250SX Privateers (Exceeded)

Due to the injuries of four factory riders and another one currently nursing an injury, all the Grant Harlan’s, Kevin Moranz’s of the world are crushing it in the 250SX East Region. Career high finishes, lots of TV time, and life is good for these kids right now! Love to see it for sure, hate the fact that these results are counting for full national points.

Thanks for reading, onto Orlando we go! Email me at matthes@racerxonline.com if you want to chat about this or anything else.