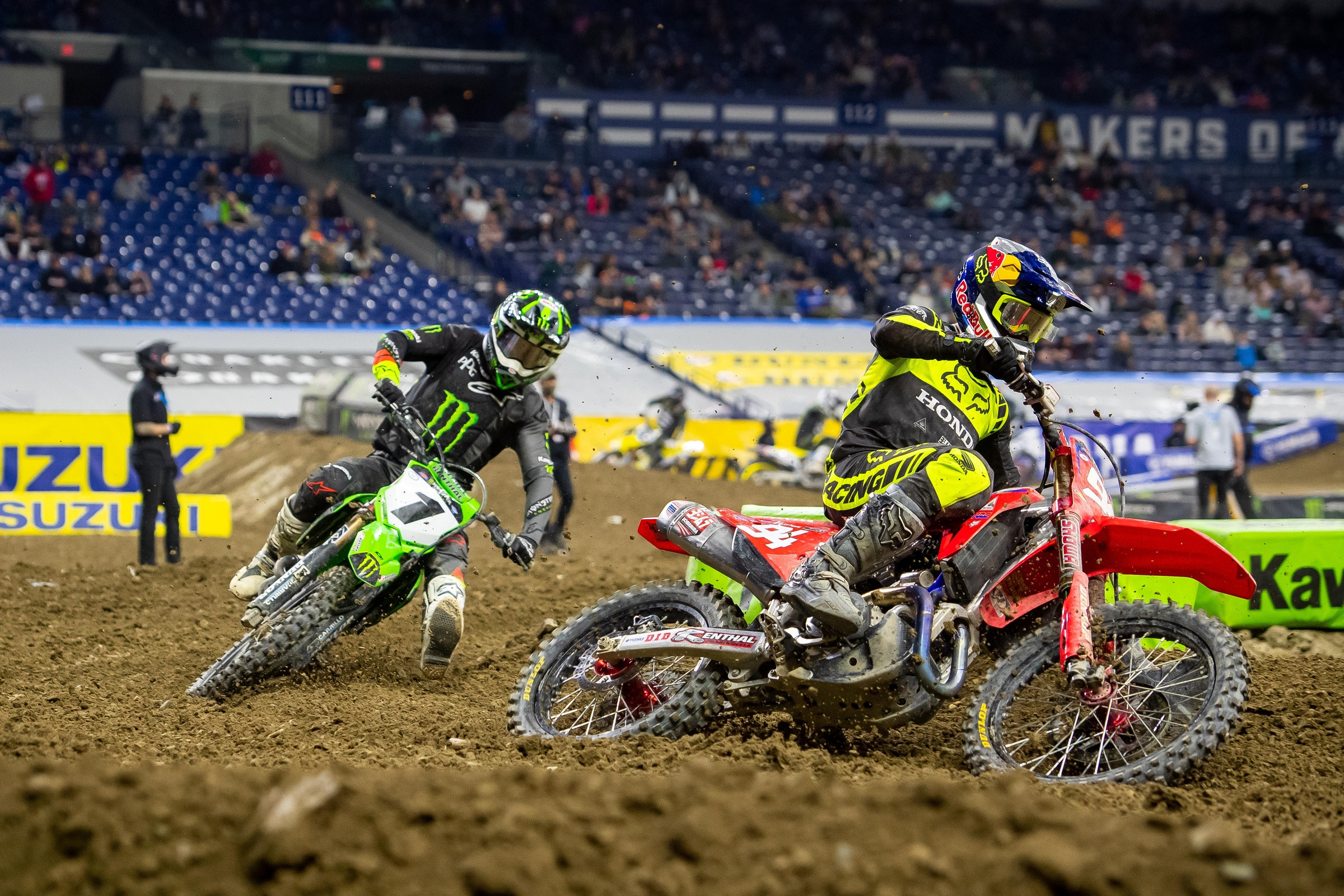 With just five laps remaining in last Saturday’s Indianapolis 1 Supercross, race-leader Ken Roczen jumped off the track while trying to negotiate the tricky double over the start. The Honda HRC rider was then forced to skirt around the backside of the berm between two lanes and come back on the track next to the wall jump. The time lost was enough for Eli Tomac to be virtually side by side with Roczen as he re-entered the track prompting a rare moment.

Instead of pinning it back on the track to ensure he regained the lead, Roczen instead slowed and raised his hand in a gesture to let Tomac and the AMA know that he was purposely relinquishing the lead. He wanted to prove beyond doubt that he didn’t gain time off the track, otherwise he could take on a penalty that could cost him the win, regardless.

As soon as Tomac grabbed the lead, Roczen put his head back down and kept right on the defending champion. Just three corners later, Roczen pounced when Tomac swung wide in a sweeper to regain the lead that he would hold for the remaining five laps to claim his first victory of 2021.

“I was trying to decide in the air if I land, I could still tuck in and stay on the track, but I would have hit the tuff block,” said Roczen. “There was just no way. So, I went all the way around. Obviously, I missed the whole wall, and by doing that I felt like it was wrong staying in front of Eli because I clearly made a mistake. So, I let him by on the straightaway there and tucked in behind him and capitalized a couple of turns later.”

Tomac did try to put together a last lap charge on Roczen that ultimately fell short. When reflecting on the race, the Monster Energy Kawasaki rider was most frustrated with his line selection in the sweeping turn that allowed Roczen back by.

“With the way the passes went down, yeah, I’m kicking myself for the outside on the sweeper turn,” said Tomac. “That’s one thing I’ll learn from the race. But just good racing. That’s the stuff you live for, is that type of racing.”

Check out 1:38 in the highlights video below for this week’s moment of the race.