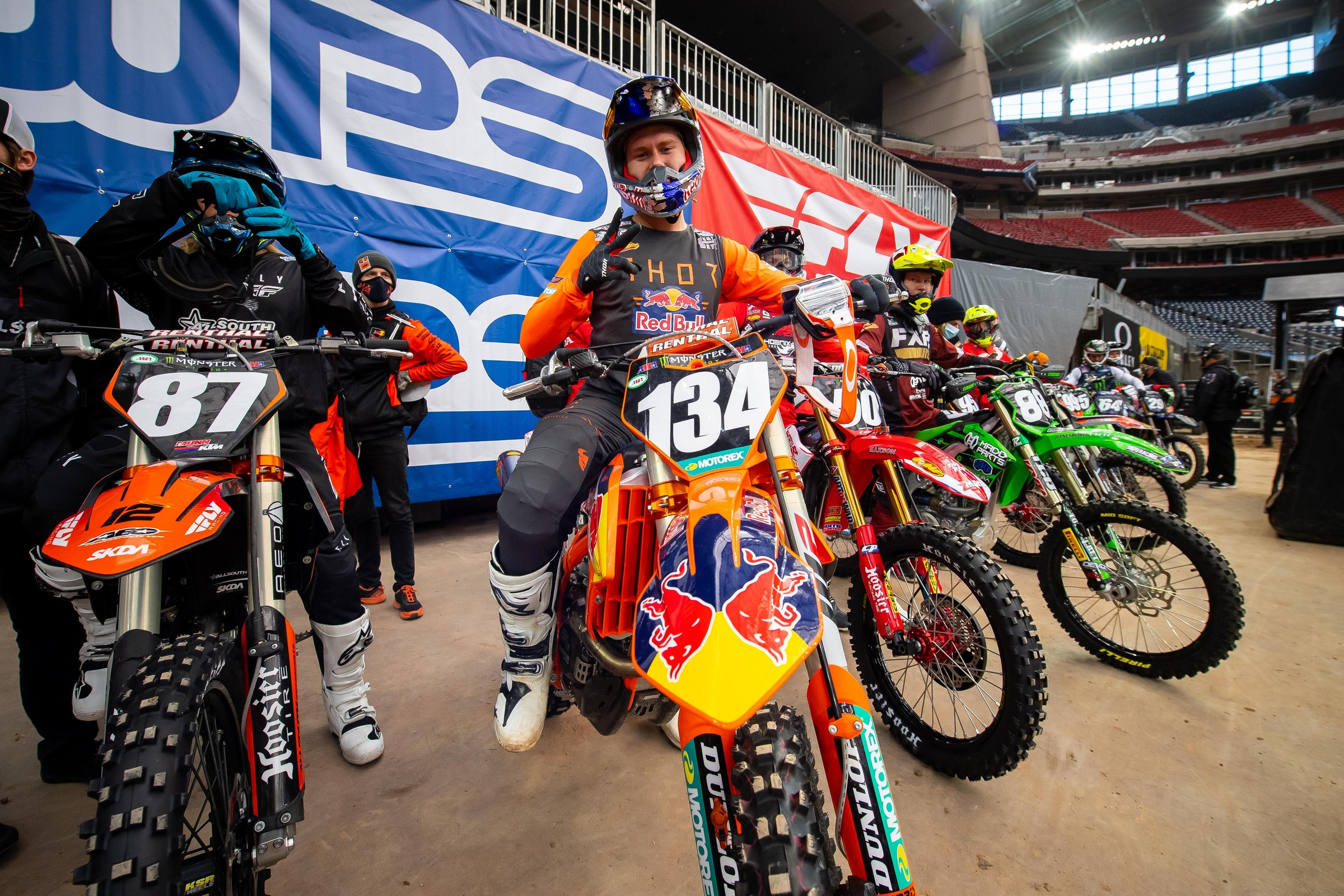 The second round of the 2021 season of Monster Energy AMA Supercross takes place tomorrow in Houston. Check out this report for a look at who’s racing, and who’s sidelined with injury.

Comment: Anstie “broke something little” in his back in his last practice session before heading to Houston. He plans to be back in 2021, but it won’t be for at least a few weeks. The team initially said the hope was that Anstie could be back by Indianapolis.

Comment: Bogle had a big crash during qualifying on Saturday and, on account of being pretty banged up, wasn’t able to race. The plan is for Bogle to return to action for H2.

Comment: McElrath will return to racing in Orlando after separating his shoulder before the season.

Comment: Miller plans on returning to racing in Orlando. He’s been on the sidelines due to a wrist injury suffered during the summer.

Comment: Lopes hurt his wrist during qualifying at H1 and didn’t make it to the night show. At time of posting we didn’t have an official word on his status for H2. Check back periodically—we’ll post updates as they filter in.

Comment: Pettis tweaked his knee during qualifying on Saturday and missed H1. He'll sit out for H2, and is waiting on the results of an MRI to determine his status for H3.

Comment: Gonzales is out for the season after sustaining a broken tibia/fibula and talus in his ankle.