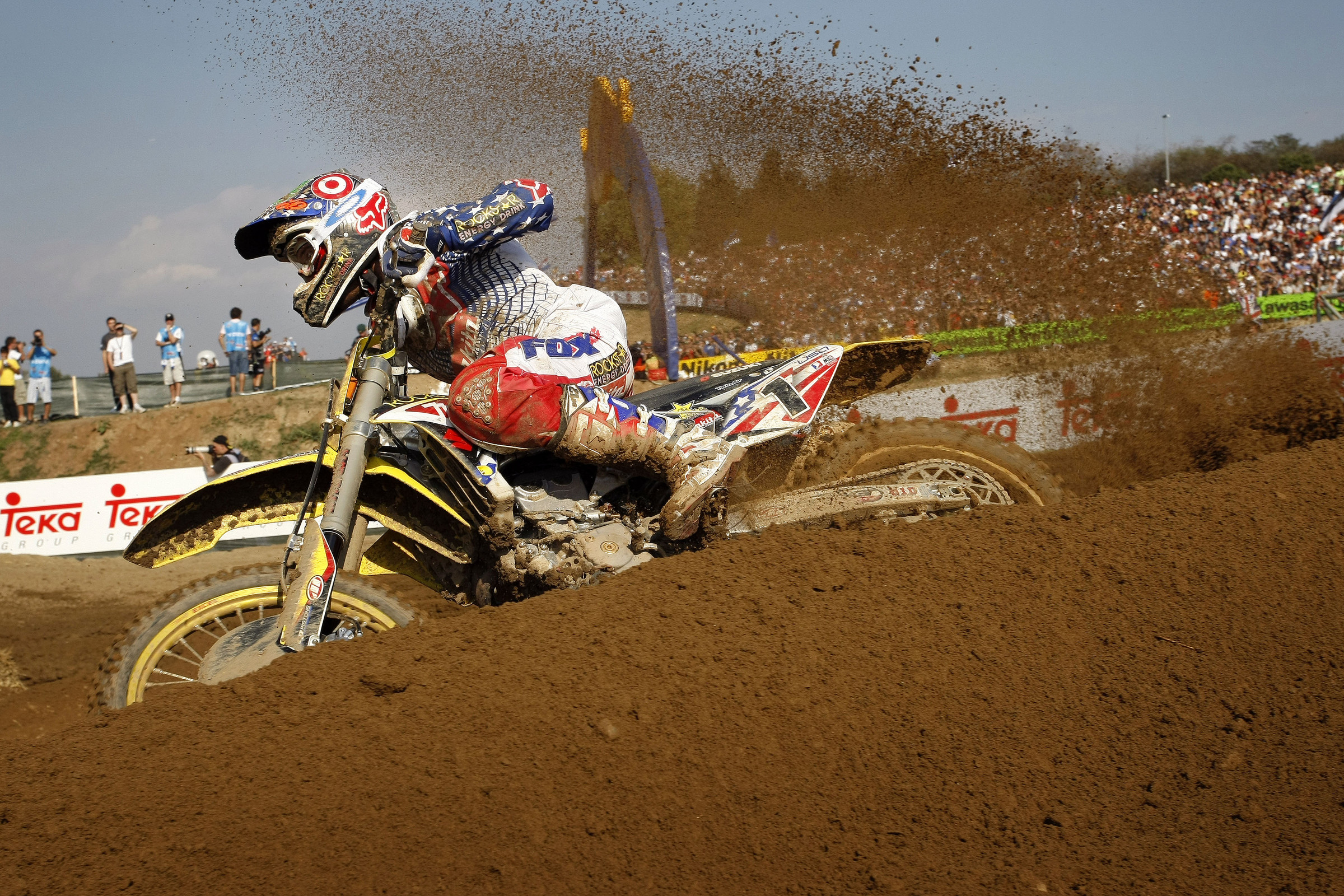 The List Racer X Rider of the Year Part 2

In our first edition of The List, as we countdown all 20 Racer X Rider of the Year Awards, the math was pretty easy. Ricky Carmichael won lots of races and titles, and every Racer X ROY from 2001 through 2006. He eliminated himself from contention for any major awards in 2007, though, by announcing a partial-retirement half season of racing in AMA Supercross and Motocross.

Everyone was ready for James Stewart to take over in 2007 and in supercross he did, though not without a fight from Chad Reed. And then outdoors he found himself again battling Carmichael, and Ricky won all six 450 Nationals he lined up for, including his last at Spring Creek for win #150 overall. But then Carmichael dropped out of the series, as planned. Unfortunately, Stewart was already done for '07, having torn up his knee at Washougal and losing the outdoor title to Grant Langston. So who was our 2007 Racer X Rider of the Year?

If you were at the '07 Motocross of Nations to see Ryan Villopoto absolutely slay the world's best on his Monster Energy/Pro Circuit Kawasaki KX250F, then you know that that ride alone was all-time for the MXoN, on a level with Danny "Magoo" Chandler's 1982 romp. RV also won a second straight 250 AMA Pro Motocross Championship as well as the SX Lites East Region Championship. He was only in his second full year as a pro, but he was already "On Top of the World," as we wrote on our cover as Racer X's 2007 Rider of the Year.

When Stewart came back from his knee injury in 2008, he appeared headed for another battle with Reed for the AMA Supercross Championship, only to aggravate his knee again and drop out of the series while tied for the lead after just two races. When he came back for outdoors, he was more than ready to finally show his full potential, and he reeled off a perfect summer, winning all 12 rounds and all 24 motos with ease. He also helped Team USA win the MXoN aboard his Kawasaki KX450F, but then he and long-time backer Kawasaki parted ways. Stewart switched to L&M Racing Yamaha and basically took the ride of 2008 AMA Supercross Champion Chad Reed. Stewart, now on a Yamaha, quickly won the U.S. Open of Supercross in Las Vegas and then the Paris-Bercy SX aboard a Yamaha YZ450F, and focused on a new deal that was supercross-only... It was a lot changes, but a lot of winning as well, and that's why we named him the 2008 Racer X Rider of the Year, after taking that 24-0 record in Pro Motocross. The sport of stadium motocross seemed ready to be absolutely taken over by Stewart for the coming years, so we called the feature "My Time."

So how the hell did Ryan Dungey end up as the 2009 Racer X Rider of the Year? Well, Stewart won the '09 AMA Supercross Championship as expected, but only by four points against Reed, who was riding a Rockstar/Makita Suzuki. And then Reed went out and won the Lucas Oil 450 Pro Motocross Championship on the RM-Z450. So once again, that’s a split of both 450 titles in the year between Reed and Stewart. However, down in the Lites class, Roger De Coster's longshot prospect Ryan Dungey was starting to emerge as a superstar in his own right, winning the SX West Region on an RM-Z250 and then the 250 outdoor title, his first Pro Motocross title. When the season was over, young Dungey volunteered to move up to a 450 and race it for the first time outdoors at the FIM Motocross of Nations in Italy. Dungey led Team USA to the overall win, and his unselfish move and obvious diversity led to his being named 2009 Racer X Rider of the Year, with the headline, "A Man for All Seasons."

From there, Dungey actually got even better. He moved up to the 450 class full-time for 2010 and hit the ground running. He won the 2010 Monster Energy AMA Supercross Championship as well as the 450 Pro Motocross title, winning 10 of the 12 rounds. He also led Team USA to another big win at the Motocross of Nations, this time at Thunder Valley in Colorado. The feature in the December 2010 issue asked the simple question in the headline, "Anymore Questions?"

We also asked the question on that cover "Is Ryan Dungey Unstoppable?" Turns out he was, because in 2011 the other Ryan, Team Kawasaki's Ryan Villopoto, took everything up another notch and won both his first Monster Energy AMA Supercross Championship as well as his first 450 Pro Motocross title, finally showing the speed on a 450 that he possessed on a 250. That's why we called the feature on his 2011 Racer X ROY award "Late Arrival." RV also joined up with Dungey to help Team USA score another win in the MXON, then ended his dream season by winning the $1 million bonus that came with sweeping the new Monster Energy Cup in Las Vegas.

Meanwhile, Ryan Dungey was working on a new plan—and a new bike—for 2012. He signed with the Red Bull KTM team, joining his old mentor Roger De Coster, who had departed from yellow to orange the previous year, along with his engineering sidekick Ian Harrison. With them, Dungey would help rewrite KTM history in America, giving them their first AMA Supercross wins in the 450 class (though losing the title again to Villopoto) as well as its first-ever AMA 450 Pro Motocross Championship. He did ride for Team USA again in a losing effort in the sands of Lommel, Holland, but it was an otherwise complete season, something RV could not do because he tore up his knee before he ever set foot outdoors. That's why Dungey was our 2012 ROY.

The Ryans roles reversed again in 2013 as this time Villopoto had the epic season, again winning the Monster Energy AMA Supercross title as well as the Lucas Oil AMA Pro Motocross Championship. This time we called the ROY feature "Revelations" and asked the question, "When did you realize that Ryan Villopoto, Racer X's 2013 Rider of the Year, might turn out to be one of the sport's all-time greats?" Little did we know that RV was about to exit the stage...

As expected, Villopoto went out and won the 2014 AMA Supercross title for his fourth straight title, but then he called time on his season, skipping Lucas Oil Pro Motocross over a knee injury, but really reevaluating his whole career. He never raced an AMA Supercross or Pro Motocross national again. That opened the door wide for another Ryan Dungey title, as RD had finished second in supercross. But instead it was Dungey's younger Red Bull KTM teammate Ken Roczen who stepped up and took over the reins of the outdoor series, winning his first AMA National Championship. And then as soon as the series ended, just as previous ROYs Ricky Carmichael and James Stewart had done—Carmichael three times, actually—Roczen switched teams. The German-born superstar moved his talents to the RCH Racing Suzuki team, which was owned by Carmichael and Cary Hart. Roczen's 2014 Racer X Rider of the Year feature was called "Then Everything Changed."