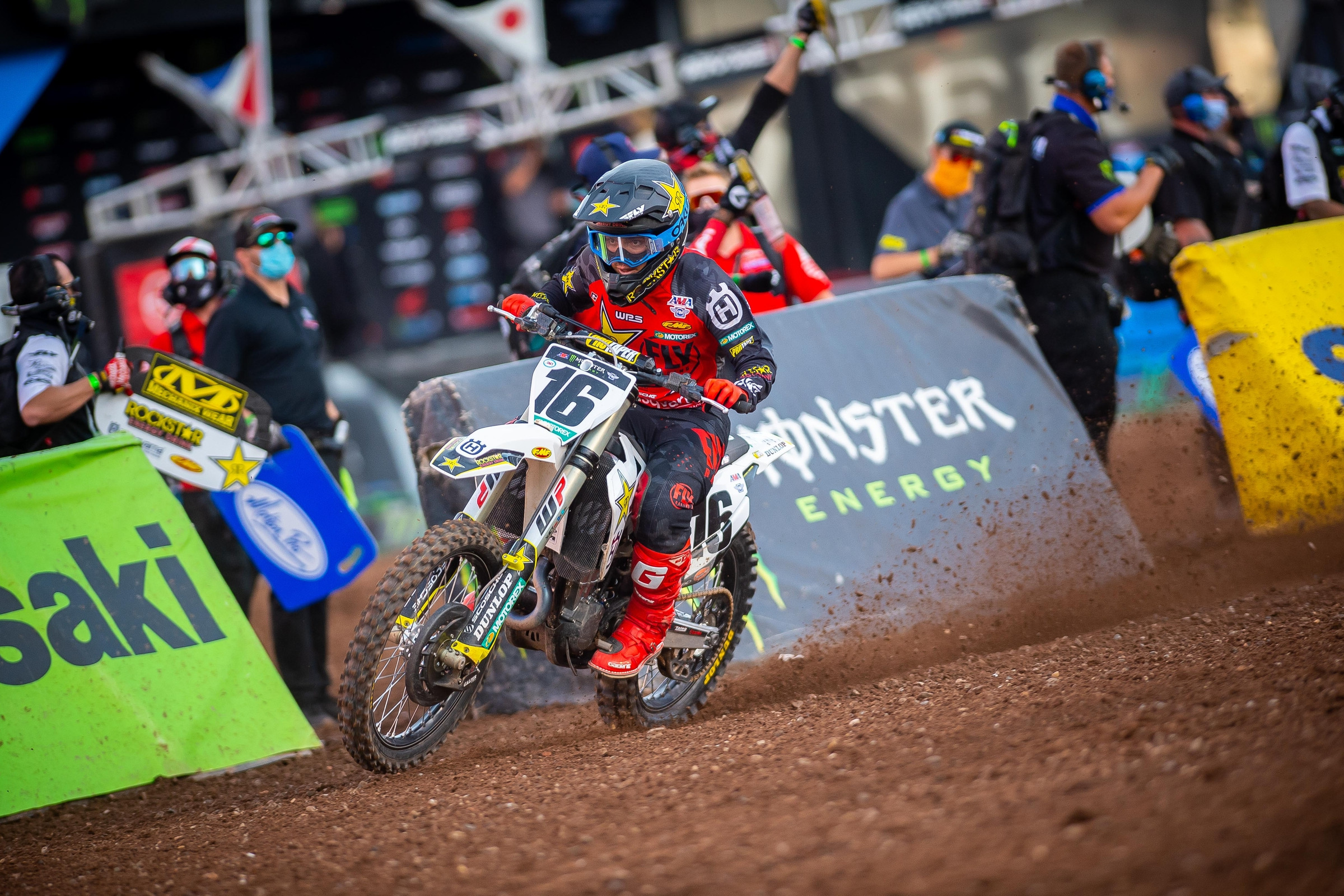 The 2021 calendar year is approaching soon. Here is the list of the top 100 and career pro numbers for AMA Supercross and Motocross as released by the AMA.

After claiming his first premier class title at 27 years old, Eli Tomac will don a #1 aboard his Monster Energy Kawasaki KX450 during the 2021 Monster Energy AMA Supercross Championship as he looks to defend his title. Tomac will return to his career number, #3, for the Lucas Oil AMA Pro Motocross Championship—the first time we will see him with the number on his Kawasaki during Pro Motocross since the 2017 season.

After winning two consecutive 250SX titles, Ferrandis officially pointed out of the class. More on him in a minute.

After winning two consecutive 250SX titles, Sexton officially pointed out of the class. He moved to the 450 Class for the 2020 Pro Motocross season and will carry his career number (MJ’s number) into his first full year of racing both supercross and motocross in the premier class.

The Virginia native will have a #1 on his Rockstar Energy Husqvarna FC 450 in the 2021 Lucas Oil AMA Pro Motocross Championship. The national title allowed Osborne the opportunity to pick another, lower, new career number (#8 was available), but he declined. He will remain #16—which he will run in supercross before adding the weight of the #1 plate to his bike for Pro Motocross.

Dylan Ferrandis became the first French rider to win the 125/250 Class title but he will not able to run his #1 plate as he will move to the premier class in 2021. Similar to Osborne, since Ferrandis won a national title he had the ability to pick a new career number (again, #8 was available since Osborne did not choice it) but he also declined to take it. He will run his career number (#14) he earned after 2019 on his Yamaha YZ450F for his debut year in the premier class of supercross and motocross.

There were no new career numbers earned this year.

Grant has not raced an AMA event since the 2019 East Rutherford Supercross, meaning he has lost his career number.

Jettson had the first pick in non-career numbers and elected to skip #13 and go with #18. Jettson has already updated his Instagram account with his new number (@jettson18 now if you do not already follow him).

The following riders have not earned career numbers but have lucked into earning the same number in consecutive years.