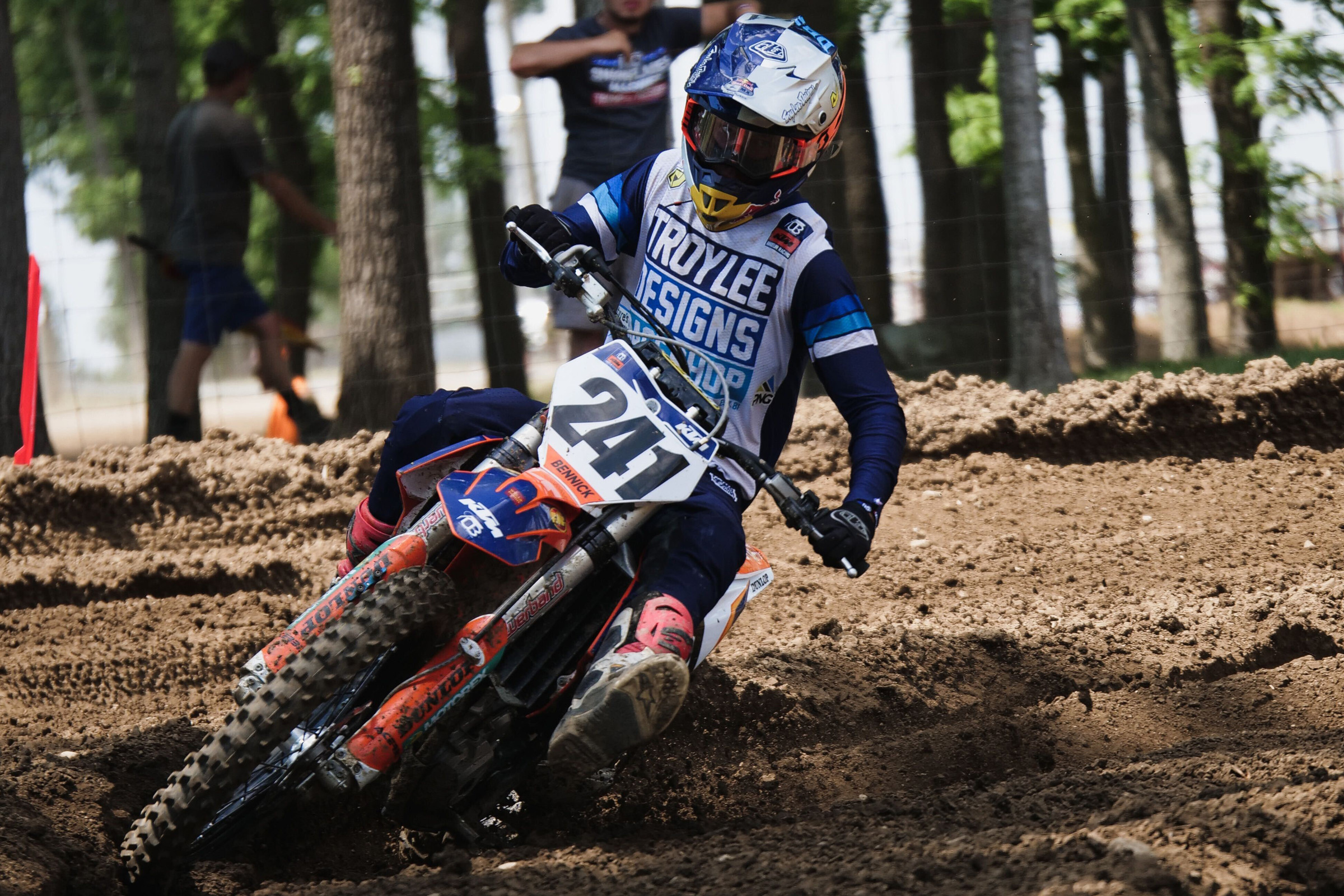 This week, we talk with Orange Brigade KTM’s Daxton Bennick.

Racer X: So what have you been up to this year?
Daxton Bennick: My first race back from Loretta’s last year was Daytona RCSX getting a second and a eighth in Supermini 1 and 2. Then I went to Spring-A-Ding-Ding in Texas and finished second and third and then from there I moved up to a 250. I was getting way too tall for my supermini! My first race on the 250 went great, racing at Silver Dollar. There were a lot of fast dudes there and I ended up with a second and third. Then I won all six motos at my regional, I was super happy on that.

What was the biggest difference for you moving up to the 250 from Supermini?
As soon as I got on it I liked it a lot more mostly because it fit me so much better and it’s a little bit faster than the 112 [Supermini].

[Laughs] Yeah, just a little bit! So tell me about your collarbone, what happened? I know you mentioned the possibility of still making it to race at the ranch, what’s the latest?
So Monday I high sided and broke my collarbone, not a clean break but almost all the way through. It doesn’t require surgery but I might be getting surgery to race Loretta’s. No news right now, just really hoping I will be able to race. I’ve been feeling really good on the bike lately.

I figured. So, injury removed, what are your goals for Loretta’s, if it all works out?
Moving up to the 250B class as an AMA 13-year-old is pretty crazy. Not many people do that but my goal is to win.

So how did you get into moto?
My dad used to race, he actually had a top ten in pro supercross. I started riding at age four, and did my first race was when I was six.

So where do you train and who do you train with?
I have a track at my house that I train at. I ride with Henry Miller almost every day he helps me a lot it’s always good to have a guy like him that’s faster than me and makes me push.

How long have you been with Orange Brigade?
I’ve been with them since 2014, I love it their team. It’s like family.