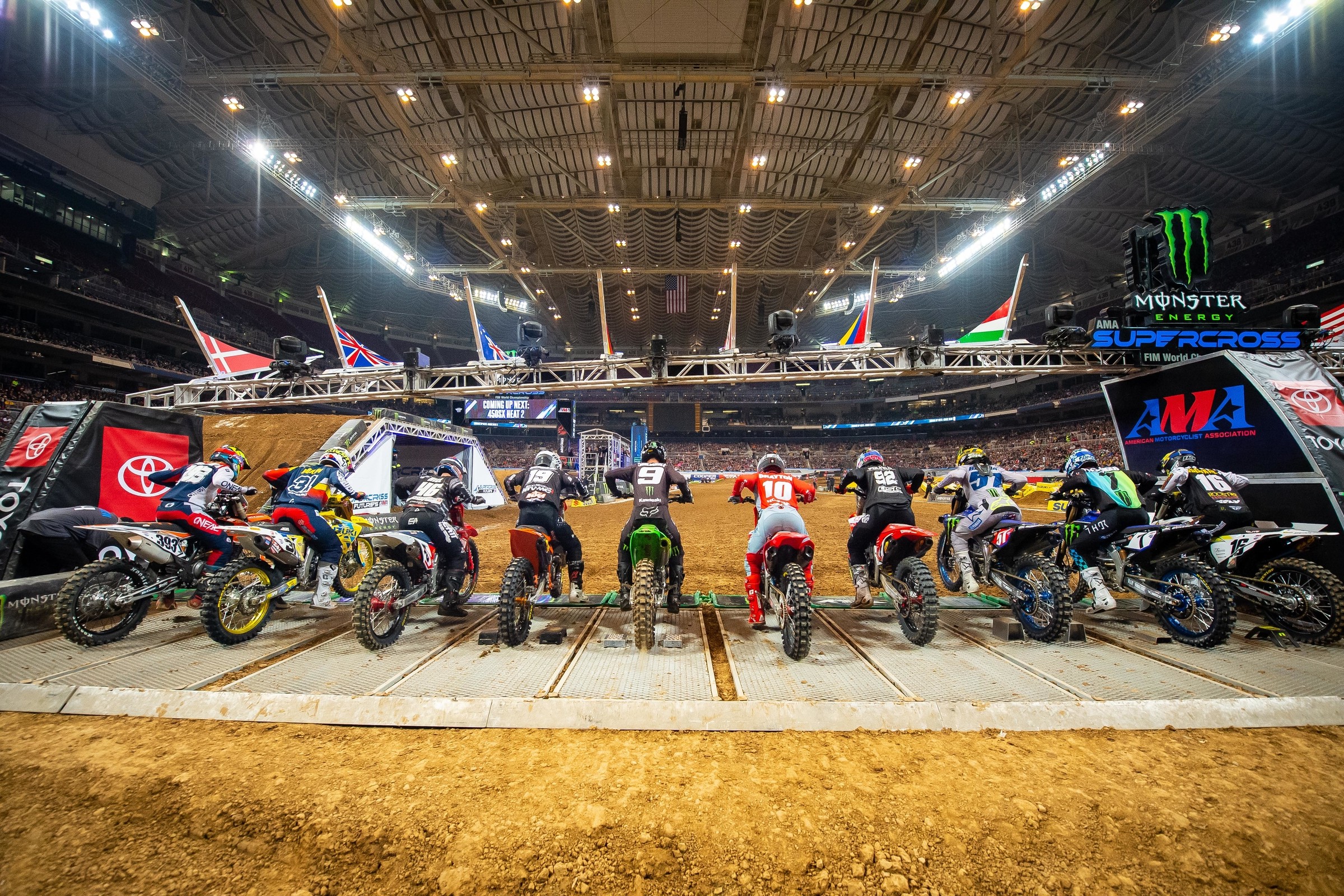 We’ve lived in a great era of close, competitive racing with multiple title contenders and multiple champions. Certainly, predicting championships lately has been harder than during those decades of McGrath, Carmichael, Reed, Stewart, Dungey, Villopoto. Yet, the only real reason for such parity is because the two riders that seemed destined to grab the either/or structure have somehow managed to not win it. For six years, Eli Tomac and Ken Roczen have had the ability to become 450 Supercross Champion, but they simply haven’t.

So now’s their chance. These two have been through many trials and tribulations—most self-inflicted—but are both finally in the position that has eluded them so many times. For both to finally put the pieces together in the same year, and then have that year interrupted in a pandemic the nation has not seen in 100 years, made it look like the racing gods perhaps just don’t want this to be. Yet, the racing has returned, and with it a grand opportunity. If either of these guys wins this title, it should appear not actually as a weirdo asterisk, but actually as a boost to their overall cred. They will have won perhaps the hardest supercross title there ever was to win. This is a gauntlet. They have to be the best guy in two separate halves of a season. If either wins it, they’ll have proven themselves beyond any doubt.

But in an unprecedented scenario like this, unprecedented things can happen. There’s much to gain and a massive, healthy, determined field. Here’s a rundown.

We’ll have to say the elevation experience gives Tomac an advantage. If it doesn’t, there are other things that could favor Roczen. In a setup that’s uniquely different and weird, Roczen, who has always advertised running a little looser program, could thrive. He usually starts seasons strong—and this is essentially the start of a season, again. As much as the talk has been, “Is this the year Eli finally does it?” you can make no mistake, this means so much to Roczen as well.

Is any rider better suited to dark horse, thorn in the side underdog status than Cooper Webb? Twenty nine points is quite a gap to close during normal circumstances, but these are not normal times. If Webb even gets a sniff of confidence, or the slightest inkling that his competitors are buckling, he will feed off of it. You just know he’s already pictured this exact scenario, and further, if he gets hot, there are tons of riders that can help him by getting between him and Tomac/Roczen. Seven races? Twenty nine points? It’s not impossible.

After a runner-up finish in Atlanta, and a post-race yelling match with Tomac, Barcia was right in the thick of it. Daytona was not what he wanted, though, as he was in the hunt early, but Tomac and Webb rode away from him, and Roczen was long gone. His 31-point deficit is an even bigger stretch than Webb’s, but it’s not title or bust here for Barcia. He’s still in a contract year, he still wants to prove he’s at the elite level by collecting more podiums and wins. He’d rather finish third in points than fourth. A healthy, motivated, feisty Barcia is bound to be a factor in points, either for himself, or by stealing some from others.

Lots or storylines for JA21. Since the break, he’s split with Aldon Baker, saying he needed something new to break out of his rut and go faster. Anderson’s season has been okay, but he’s always been more serious than he lets on, so he’s not satisfied with his season.

Elevation has been an issue for Anderson in the past, but we’ve heard he has some sort of plan figured out for that. With so many variables—leaving Baker, figuring out the elevation—he’s a real X factor for the rest of this season.

Hey look! Malcolm is freaking sixth in points! That’s damned impressive especially when you look at the race-winning credentials of the guys in front of him. Malcolm has said all along his goal this year is consistency. He wants to make all 17 races, first. But we’ve all been waiting for a flash of Mookie fever. Will it happen?

Hey look! Hill is freaking seventh in points! Tony Alessi and the crew at SmarTop/Bullfrog Spas/MotoConcepts Honda sure gets the most out of their guys. It might seem like years, ago, but Hill was just hitting his stride as the series went dormant, including a near-podium in Tampa.

Dean started the year hurt, so this break has given him what he didn’t get for 2020: an off-season. You’d imagine he will be stronger and fitter than he was at any point during the first 10 races. Is this a strong field or what?

Brayton broke his hand as Daytona and was set to miss races, but the break gave him time to heal. Is this a strong field or what?

Cianciarulo was set to miss an extra race or two with a broken collarbone, but the break gave him time to heal. Is this a strong field or what? A lot of people are bullish on AC, because this is rookie season 2.0, and he already had the speed to win. Did he learn and improve enough to put it all together? Again, spoilers and point stealers abound here.

“I try to beat both their asses!” said Cianciarulo about his teammate Tomac and his buddy Roczen being in the title fight. “That’s between those guys. You know me. I’m going to get sketchy no matter what! They’re just going to have to look out, I guess.”

But Cianciarulo is hardly alone. This year has been exceptionally good for competition, and nothing proves it better than when you look outside the top ten in points and see the riders that can make this interesting. The 11-20 names are: Plessinger, Baggett, Friese, Osborne, Davalos, Bowers, Reed, Chisholm, Bloss. There are people in that group that should be even better than they were before this forced break.

This final stretch is going to be good.