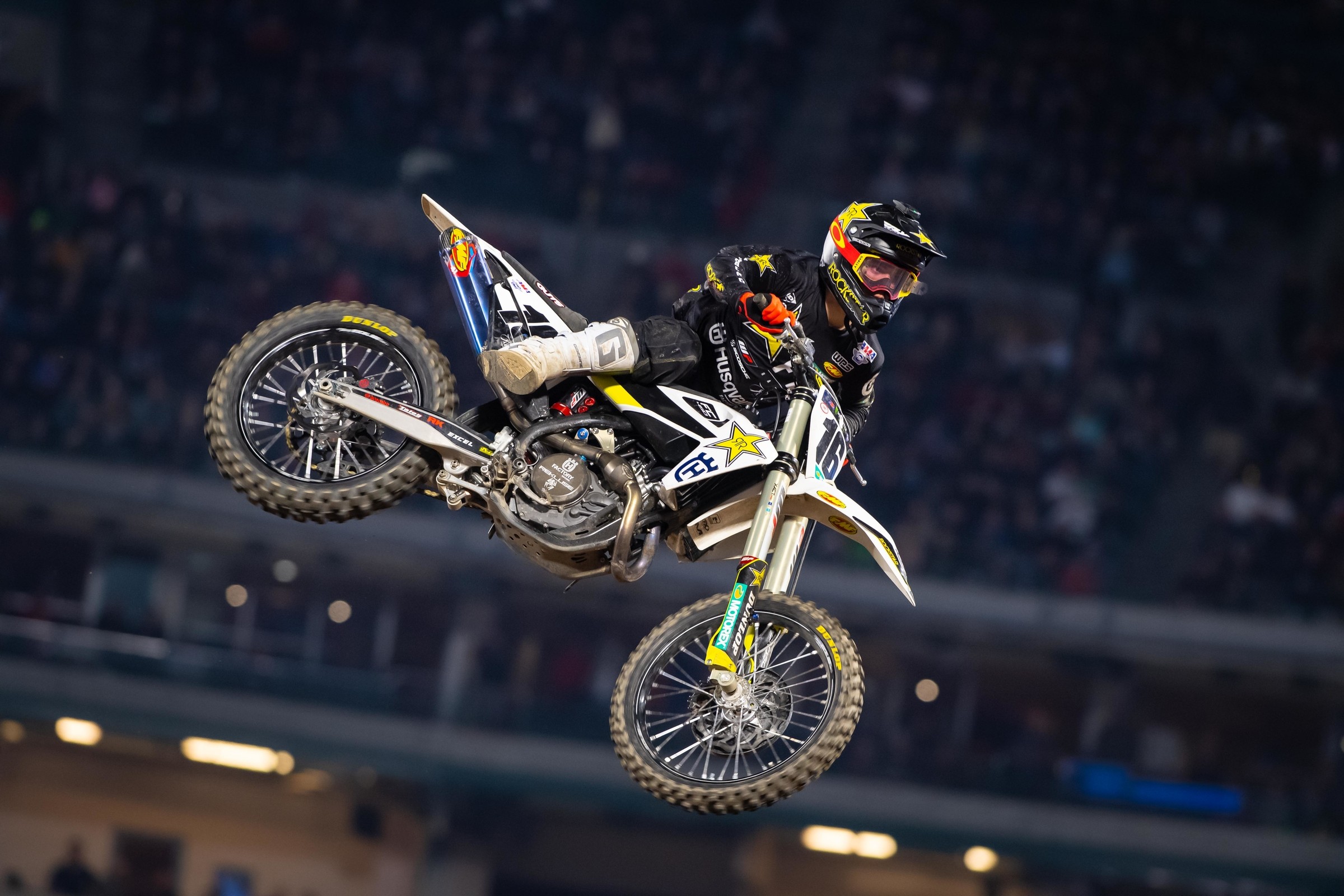 Comment: Anstie is back on the bike after having surgery on his Achilles Tendon but is focusing on being 100 percent ready for the Lucas Oil AMA Pro Motocross Championship. He’s out for the rest of supercross.

Comment: A big concussion in Glendale put Bogle out of action. He’s not ready to race yet and will miss the rest of supercross.

Comment: Brayton is ready to go after breaking his left hand in Daytona and has already undergone testing for COVID-19 in Utah.

Covid-19 testing here in Salt Lake City before we go racing on Sunday. Not gonna lie I was a little nervous before getting this done???????? @kenroczen94

Comment: Cianciarulo is ready to go after breaking his collarbone in Arlington. For more information, check out this interview we did with him earlier this week.

Comment: Cunningham recently started riding again, and although he’s only had a handful of days back on the bike, he’s in for Salt Lake City.

Comment: Martin suffered a torn ACL, a torn patella tendon, a broken big toe, and two broken metatarsals in St. Louis. He had surgery to fix his ACL a few weeks ago and is now on the mend.

Comment: Musquin hurt his knee before the season and isn’t ready to race yet. He’s out for supercross.

Comment: Noren broke his tibia in St. Louis but has since healed up and is ready to race.

For those asking, with the limited amount of time back on the bike and the limited amount of riding I’d get during Sx, I’ve made the decision to focus 100% on mx and be ready to play when the time comes... I appreciate the kind words and the team 17 fans, We will be back ???????? @jgrmx @scottmotosports @alpinestars @ridecannondale @wristbraceguy @suzukicycles @pirellimx @just1racing

Comment: Savatgy hasn’t raced this season due to a broken heel sustained in Australia. He’s out for supercross and is focusing on being ready for the nationals.

Comment: Tickle broke his hand in Arlington but he’s recovered and is in for Salt Lake City.

Comment: Zombie Blose will return to racing after a serious crash in Glendale left him with a concussion, fractured right hip, broken right radius, dislocated wrist, broken left ribs, and a lacerated liver.

Comment: Crown originally thought he’d be ready to race after breaking his collarbone on press day in Atlanta, but is still feeling the effects of a concussion suffered in the same crash.

Comment: Gaines broke his hand in Daytona, and although we weren’t able to reach him directly, it appears from his Instagram that he’s in for Utah.

Comment: Hampshire opted to have surgery after the season was put on hold to repair knee damage. He’s out for the rest of supercross, but the team hopes he’ll be back at some point for the nationals.

Comment: Hill suffered a practice crash at the ClubMX training facility last week that resulted in a dislocated and fractured hip. He said he left the hospital the same night on crutches but told us in an interview earlier this week that he will more than likely be off the bike for about two months and therefore will miss the remainder of supercross.

"I’ve got about two months to the date to finish [X Games] Real Moto," Hill said. "Supercross is kind of out of my timetable now, but I think I can get back in and get about two more solid weeks of filming for Real Moto, would be the ideal plan."

Read the full update with Hill from Tuesday's Between the Motos feature.

Comment: Nichols is ready to get back to racing after a dislocated shoulder in October put him on the sidelines. For more in-depth information on his recovery, check out this interview from earlier this week.

Comment: Peters is ready to go after breaking a bone in his hand in Arlington.

Comment: Robin broke a bone in his hand in Daytona but is now ready to race. He’s in for Salt Lake City.

Comment: Craig fractured bones in his hand and finger in Glendale but is now ready to race. He’s in for Salt Lake City.

Comment: Hayes crashed big recently and sustained a compound femur break, shattered knees, and a fractured wrist. He’s out for the foreseeable future.

Ughhh unfortunately I had a big one yesterday. Leaving me with a compounded femur, shattered knee caps and small fracture in my wrist. It sucks as I have never felt better on a supercross track and was ready to make a statement in Slc and get a shot at a factory ride for 21. We have been pushing to find the extra pace and it bit me.. one more surgery remaining on my wrist and we will be on our way to recovery, thanks for all the messages and calls!

Comment: The elder Lawrence brother is in for his supercross debut.

Comment: Lawrence is ready to go for Salt Lake City.

Comment: Oldenburg suffered a partial tear in his ACL and tore his meniscus while practicing earlier this year. We checked in with him this week and he said his knee is great, and that he’s in for Salt Lake City.

Comment: Schock is ready to race after breaking a broken radius bone in each arm.

Really wish I was racing @supercrosslive down in SLC but I’ve still got a few more months of recovery! Good luck to my team @teamprmx! Hope you guys kill it out there???????? #supercross #supercrosslive #saltlakecity #teamgreen