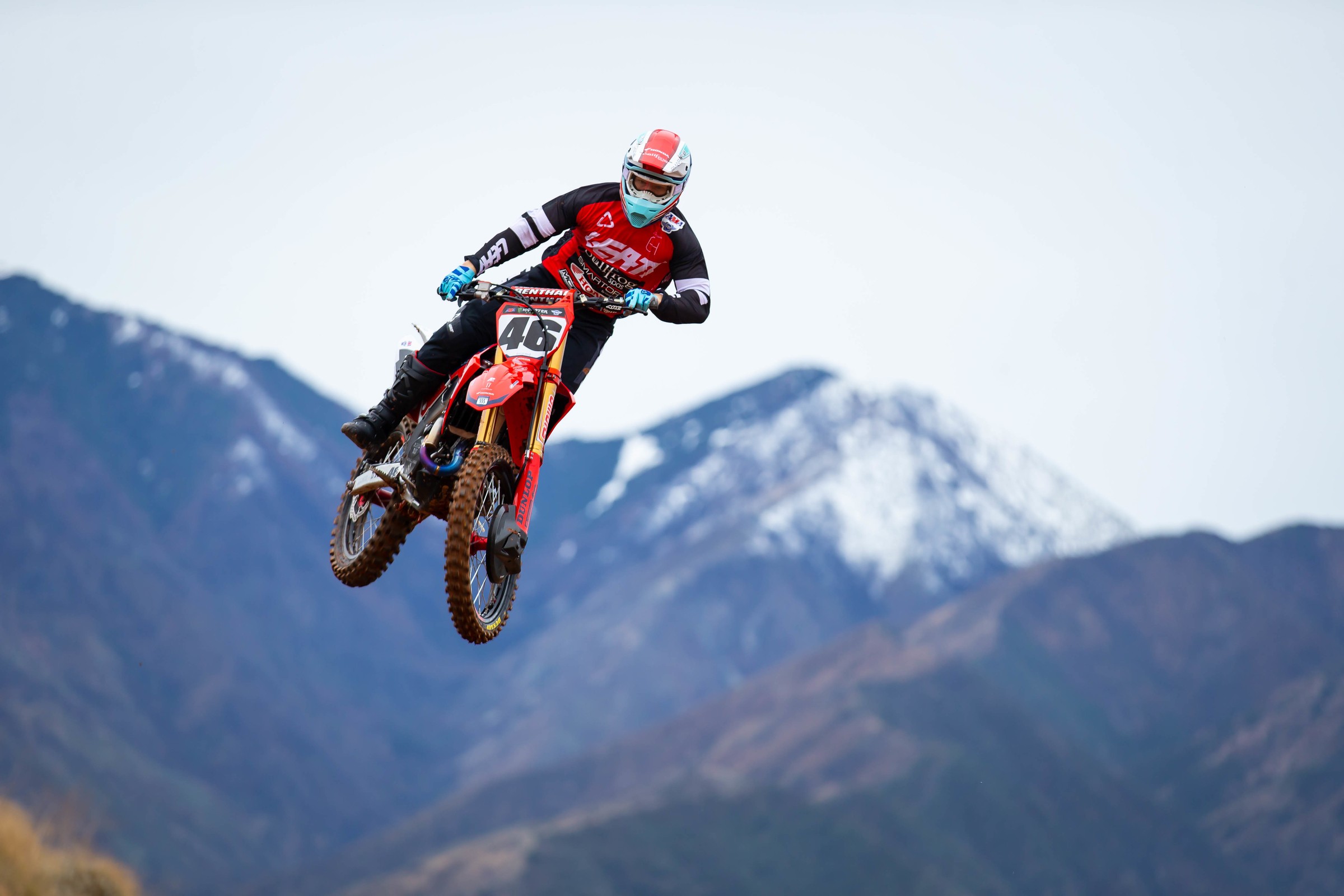 It’s been 245 days since the 2019 Las Vegas Supercross finale so we figured it would be helpful to recap some of the biggest news and headlines since then. If you’re already up to date with these highlights then you’re all set for tonight. But for those that may have missed them, here is our reminder on what’s happened since May.

The biggest off-season news was Marvin Musquin’s knee injury in December. Marvin had just started riding again (following a crash and bad strain on his knee at the Lucas Oil AMA Pro Motocross Championship finale in August) when, according to an Instagram post, he overjumped while at the team test track and had a hard impact on his legs, specifically his left knee. He said in the post that he had would need surgery and the team announced he would miss the entire 2020 supercross championship. The team has announced they will not fill Marvin’s spot on the team. He is expected to race the 2020 Lucas Oil AMA Pro Motocross Championship.

Yesterday at the pre-race press conference at Angel Stadium, team manager Ian Harrison said that although Musquin isn’t racing, he’s still being paid by the team and bringing on another rider onto the team isn’t an easy task. Harrison said the team would need to then find the right rider that gelled with the team and the bike and then pay said rider as well. He said right now the team’s main focus is putting all of their energy into defending 450SX champion Cooper Webb.

At the AUS-X Open in Melbourne, Australia, Chad Reed announced the 2020 Monster Energy AMA Supercross Championship would be his last full season as a racer. While Reed isn’t coming in at the 2017-championship level version of himself, he’s still going to give it his all every weekend—both on the track and in the pits afterwards. Following his injury at the Seattle Supercross last year, we weren’t sure what Reed’s plans were. But the stubborn racer could make his 250th main event start tonight and although he did mention yesterday in the press conference that he will not race all 17 rounds of 2020, he is going to get the farewell tour he deserves.

With the annual AMA national numbers switching a majority of the fields’ numbers and several riders switching teams, it’s going to be hard to keep track of everyone. Here are a few highlights:

Also, check out our 2020 AMA Supercross team page to keep up to date with who is riding for which team and bookmark our 2020 AMA national numbers page so you can refer back to it until you’re familiar with everyone’s new number. Yes, #36 on the Monster Energy/Pro Circuit Kawasaki does look like Adam Cianciarulo, but it’s not AC it’s Garrett Marchbanks. And as a quick side note, Ryan Dungey—although retired—did a switch himself. Dungey became part-owner of the GEICO Honda team in December.

If you’re asking how Justin Brayton landed on the Honda HRC team and/or where Cole Seely is, he announced his retirement from professional racing this summer. Seely’s open spot with Honda HRC gave the ability to sign Brayton for supercross and Chase Sexton for the 2020 Lucas Oil AMA Pro Motocross Championship. So with Brayton leaving the SmarTop/Bullfrog Spas/MotoConcepts Honda team, a spot opened under Tony Alessi’s tent. Enter Justin Hill. Hill, whose first full year in the premier class with the JGRMX/Yoshimura Suzuki Factory Racing team didn’t go well at all, signed with the SmarTop/Bullfrog Spas/MotoConcepts Honda team and will get another crack at racing. It was rumored he might not race after last year’s struggles and the team only signed him to a one a one-year deal so this second chance might be his last chance. It’s no question he’s a talented racer but now that his back is against the wall he might be even more motivated than ever.

Following the 2019 AMA racing year, Joey Savatgy had to find a ride for 2020.  Savatgy had a one-year deal with Monster Energy Kawasaki for 2019 but was left without a ride when the team signed Cianciarulo to fill the second spot in the 450 class. Savatgy and his agent got work, selling Savatgy’s skills on the track to different teams but it wasn’t easy. Eventually, Savatgy was signed by the JGRMX/Yoshimura Suzuki Factory Racing team, who at the time only had Alex Martin under contract to race in 2020 (Enzo Lopessigned with CTR Motorsports, Kyle Peterssigned with Phoenix Racing Honda, and Decotis and Noren hadn't announced any plans for 2020 publically).

Unfortunately, Savatgy crashed in Australia at the AUS-X Open and severely injured his heal. The injury isn’t quite as bad as it looked early on but there is no timetable on his return. With Savatgy’s injury, the team announced in December that Jimmy Decotis and Fredirk Noren would return to the team for 2020. Noren will race the 450SX Class as Decotis (250SX East) and Martin (250SX West) will both spend time aboard a RM-Z450 at select rounds as well.

In the press conference yesterday, Decotis said sitting out the 2019 Lucas Oil AMA Pro Motocross Championship was huge for him as he was able to recover from the health concerns he’s dealt with the last two years. He said he has been able to practice on an RM-Z450 since September and being healthier than in years past, he’s going to control what he could control.

Craig won his appeal on his failed anti-doping test following the 2018 Daytona Supercross. Craig went to Switzerland to appeal in the Court of Arbitration for Sport (CAS) where he and the FIM signed a settlement agreement, allowing his suspension to end December 31, 2019—not March 9, 2020, which would have been two years from the failed test. Craig will lineup tonight in Anaheim more ready than ever and with a chip on his shoulder.

In May, more than a year after being provisionally suspended for an anti-doping test of his own, Tickle was finally notified of his suspension. According to Tickle’s Instagram, he is eligible to return to competition February 2020—specifically the Tampa Supercross—and he’s working towards running his own effort (with support from sponsors including TiLUBE Performance & Racing Lubricants) on a Husqvarna FC 450.

I’m truly grateful for the support that was put together to make this happen. I’m excited for what’s ahead for me this year and to be back behind the gate @amasupercross February 15th in Tampa ?? This year will be fun next to @kylechisholm11 ?? #TeamBT20xTeamCHIZ11 @swapmotolive TiLUBE Performance & Racing Lubricants Supports Broc Tickle and Kyle Chisholm FOR IMMEDIATE RELEASE MT. AYR, IA – TiLube, the high-performance motorsports lubricants brand with 17 years of racing history, will support privateer Supercross racers Broc Tickle and Kyle Chisholm through the 2020 Monster Energy Supercross Championship Series. Tickle, the 2011 Western Regional 250 Supercross Champion and Chisholm, the 2006 Canadian 250 Eastern Region Champion and 2011 King of Bercy, are both veterans of the sport who are capable of running at the front of the pack in the highly competitive 450 SX division. The unique arrangement between TiLube and the two popular riders will see each of their independent race efforts joined together under the TiLube awning starting with this weekend’s Anaheim One Supercross, held inside Angels Stadium of Anaheim. “We teamed up with TiLube to run our own programs out of the same truck, which will allow us to share some of the costs associated with a high-caliber racing effort,” said Chisholm who will field a Team CHIZ/Rockriver Yamaha YZ450F. “In a short amount of time, I’ve been able to put together a competitive machine with great backing, and I am looking forward to what 2020 will bring.” Tickle, meanwhile, will make a highly anticipated return to competition at the February 15 Tampa Supercross, aboard a BT20/AEO Powersports Husqvarna FC 450. “I’ve stayed sharp throughout my time away from racing and I can’t wait to get back behind the starting gate,” said Tickle. “I honestly feel stronger than ever, as I am completely healthy and anxious to compete. Kyle and I have been great friends for many years and this is going to be a fun season.”