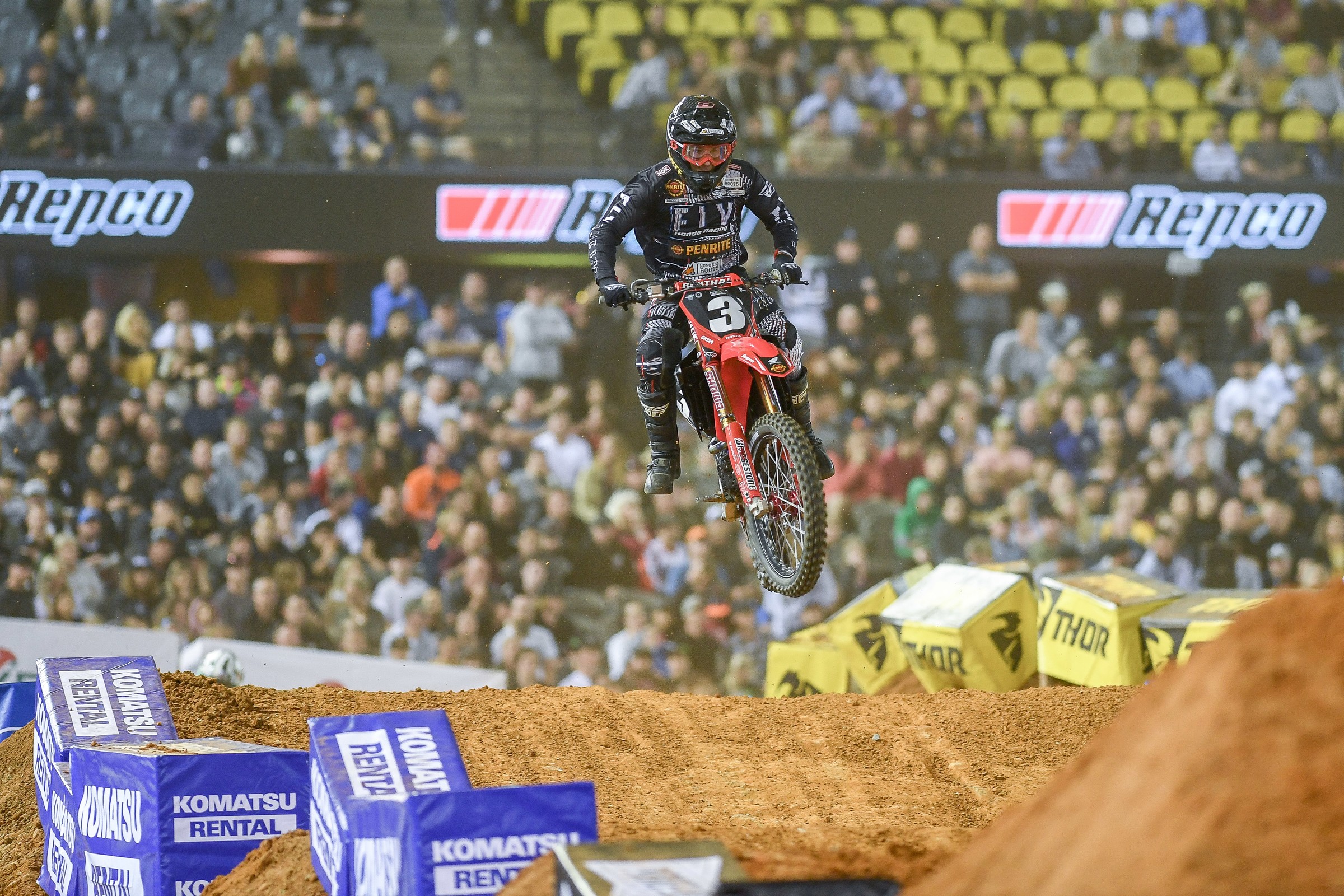 Penrite Honda’s Chris Blose finished 2-1-4 for second overall to his teammate Mitchell Oldenburg (1-5-1) at the AUS-X Open over the weekend, claiming the 2019 SX2 Australian Supercross Championship.

Afterwards, Blose spoke to the media at the post-race press conference.

Racer X: Chris, I was talking to you earlier. You’ve been through these championship situations up and down throughout your career. Did that pay off? Did that experience help tonight? You performed when you needed to.
Chris Blose: Yeah, definitely. Actually through arenacross and stuff like that, I was in the championship hunt multiple times and got the bad end of the stick pretty much every time. I think it teaches you a lot. Being 31 now, almost 32 in a couple weeks, you kind of find yourself. Like I told you earlier, coming into this race I was as calm as could be. I knew what I had to do and we got the job done.

You’ve been through ups and downs. You’ve had good teams. You’ve had no ride and made it happen as a privateer. Went to arenacross, came here. What keeps you going at 32? What keeps you digging to get results like this?
I think just the love of riding. Like [Dan] Reardon said, there’s no other feeling than coming to the races and having that huge crowd and hearing the cheers and the gate drops. Just the want to be better and the want to win. I think we all have that, and even at an older age. Chad’s [Reed] still out here racing. It’s pretty unreal. I think the sport is changing with older riders. It’s just the love of riding and wanting to win.

For you, as a career accomplishment, where does this rank?
It definitely ranks up there, for sure. Probably one of the top ones. I’ve been so close to having championships, whether it’s arenacross or whatever the case may be and always fell short. So to get this one, it felt good. Pumped I have a number one plate now.