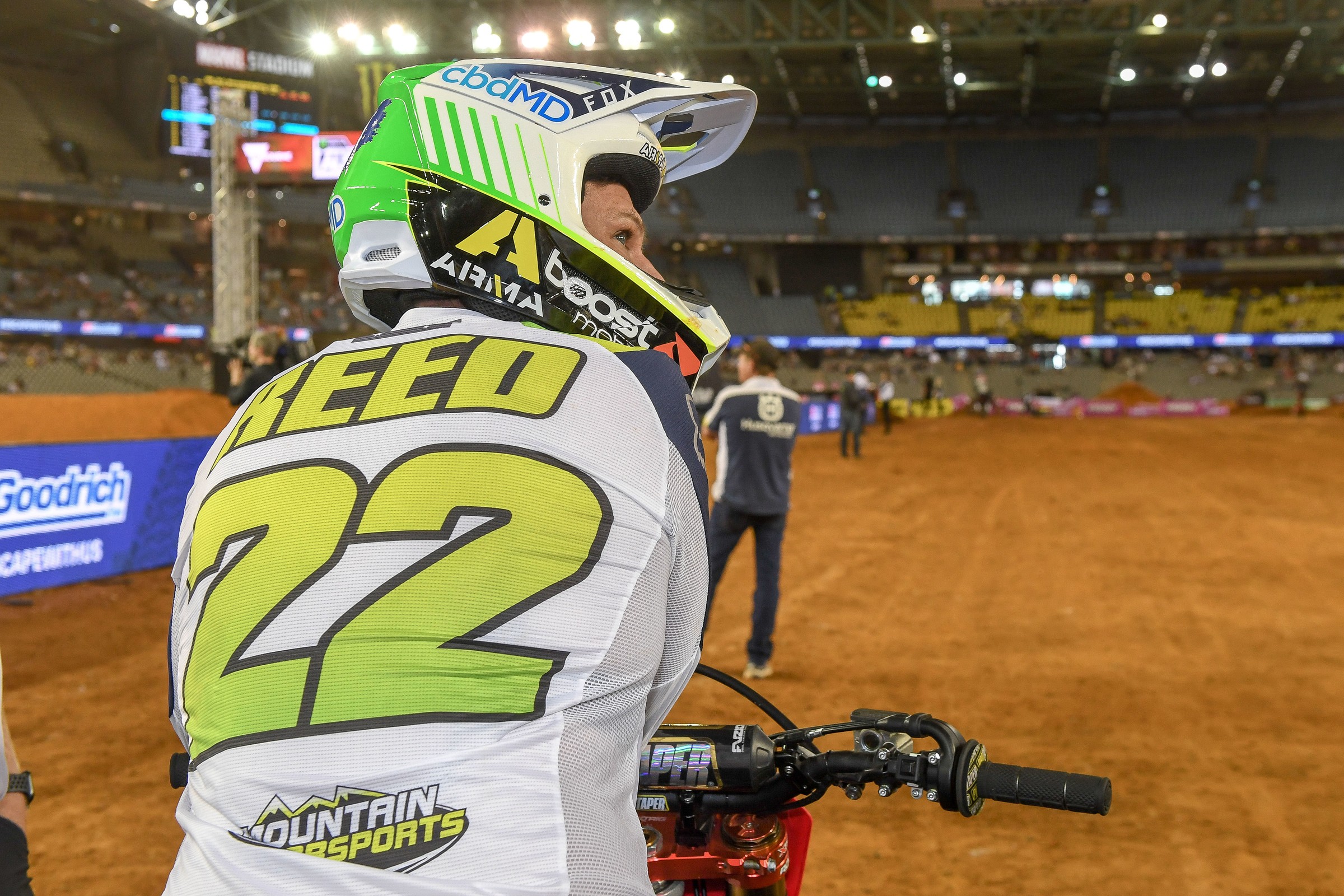 Over the weekend at the AUS-X Open in Melbourne, Australia, Chad Reed announced that the 2020 Monster Energy AMA Supercross Championship would be his last full-time championship season as a professional motocross racer. Although it’s not what we wanted, we all knew this day would eventually come.

The emotions were high all weekend, as Reed announced the news during the pre-race press conference and a tribute video played at Marvel Stadium during the rider introductions before racing got underway.

However, when the gate dropped, Reed put the emotions aside and did what he does best—raced his dirt bike on a supercross track. He finished 2-7-5 for fifth overall.

After the race, Reed spoke about his weekend at the post-race press conference.

Racer X: Chad, just an incredible night. I know it was emotional for you just as the kick-off to what will be one final season as a full-time racer. That in and of itself is a story, but then as a racer you really performed well. You mixed it up. You got holeshots. You led for a while. Just talk about the actual racing part. It was pretty impressive.
Chad Reed: Yeah. I didn’t expect the emotion to hit me so hard, to be honest. It’s one thing to have the discussion behind closed doors with your people, but you were there yesterday when I did it. That moment when you’re about to announce it to the world, it just come over me and was so unexpected. So to get through that, through the weekend was tough. As far as racing, the track was tough for me but I think it also made it a little bit easier because it wasn’t as racy. You really couldn't race it. You just kind of had to get a good start and run around and put the thing through the whoops straight. Overall, I was pretty happy with my riding. If people knew how much I’ve rode a dirt bike over the last nine months, I think it would be pretty funny. Anyway, it’s time to go back to the States, heal up and prep for A1. A part of me, when you come here and you make that announcement, you want to do well. I was fighting my emotions on that side of it because I expected to come here and do well and then kind of coming here knowing that you’re just not prepared and you’re just going to try to drop the gates and rely on years and years of experience. Luckily I have a little more time than these guys.

In the TV booth, Ricky Carmichael’s theory was maybe a weight has been lifted now that he’s announced this and he’s gotten through this and that takes some pressure off. Did it make it harder or easier to ride after dealing with the emotions of the weekend?
I think what comes with the announcement is I’m happy what I’ve achieved. I said it in my video. When I look at Ricky Carmichael at 26 years old, I don’t truly believe you know who you are at 26. There’s so much living to do. Three children and a wife and just living life to the fullest and traveling the world, I feel like I’m happy. If I win one more race, that would be amazing. If I don’t win another race, I’m good. My stats don’t lie. I think 260-something races. Actually I’m going to be closer to 270 next year when I finish at Salt Lake City. I just think that at the end of the day I feel complete.