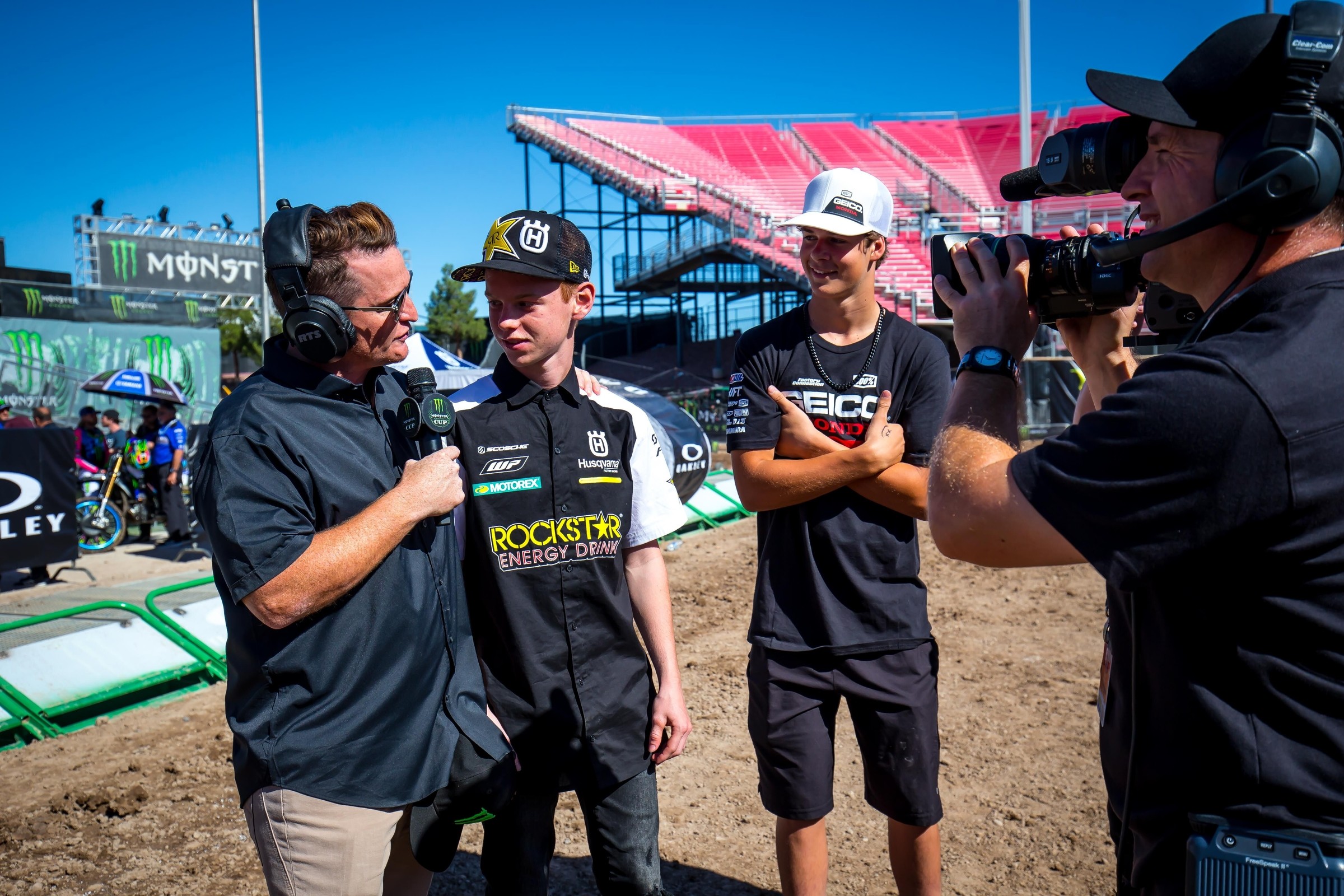 The Monster Energy Cup puts future stars in the same space as current supercross superstars. The Supercross Futures race (formerly known as the Amateur All-Star Race) and Supermini race puts the young kids on the same track on the same night as the big guys. To the winner goes some extra spotlight, with some fans seeing these kids on live TV, on the podium and in a press conference for the first time.

The good thing is, some of these kids are funny! Evan Ferry, son of 1997 125 SX East Regional Champion Tim Ferry, won the Supermini race in his debut ride for Rockstar Energy Drink Husqvarna. Jett Lawrence, of GEICO Honda, won the SX Futures race. Both swept their motos to carry 1-1 scores.

Then they made some jokes at the press conference.