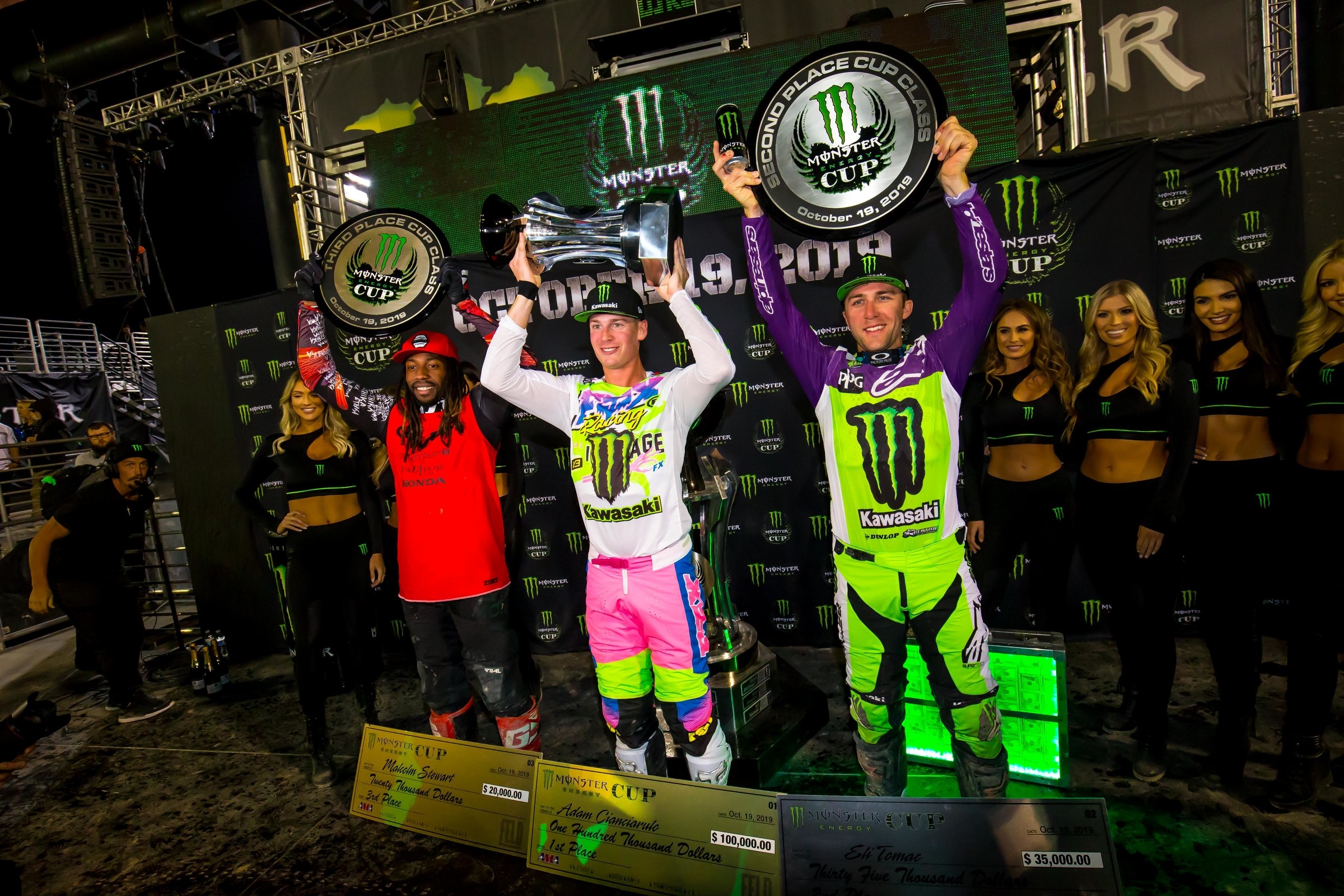 With 2-2-1 scores in the three-race format, Monster Energy Kawasaki's Adam Cianciarulo nailed the victory and a $100,000 bonus for winning the 2019 Monster Energy Cup in Las Vegas, Nevada. It was Cianciarulo's debut race on a 450, and he had to out duel his new teammate Eli Tomac to get the win.

Tomac, last year's race winner, took the first race but crashed in race two to finish third. He was right on Cianciarulo in race two but couldn't get by, resulting in 1-3-2 scores and second overall.

Malcolm Stewart has reported to be going very fast at the test track leading up to the race. The Bullfrog Spas/SmarTop/MotoConcepts Honda rider backed that hype up with speed at the race, winning race two and taking third overall.

All three riders were happy and quite jovial during the post-race press conference.