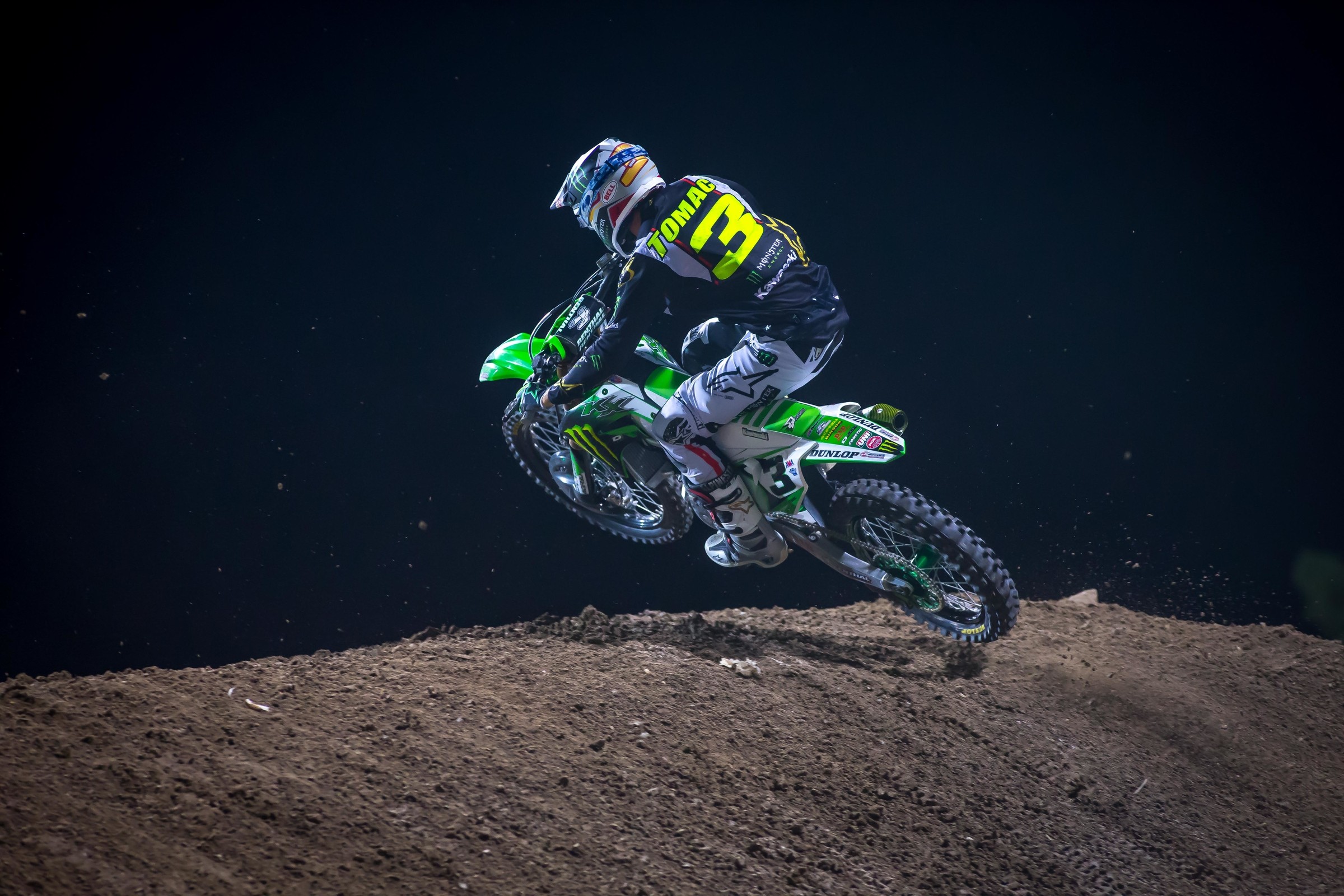 The 2019 Monster Energy Cup takes place this weekend in Las Vegas, Nevada, and Feld Entertainment has released the entry lists for the Cup, 250 Futures, Supermini, and KTM Juniors classes. As always, the Cup class competes in three main events, the Futures (formerly known as Amateur All-Stars) and Supermini classes race twice, and the KTM Junior SX Challenge races once. This year's race boasts a unique track design, which allows the course to be ridden backwards in one of the main events in the Cup class.

The entry lists are below. As always, this is subject to change. For example we have already heard that Jason Anderson, while entered, will not be competing this weekend. We also don't think Chad Reed will be racing a Suzuki, even though that's what the official entry lists says. Team Green prospect Ryder Difrancesco is listed in the Supermini class, but is out with an injury. Amsoil Honda's Carson Mumford is also out with, according to his Instagram, a lacerated spleen that he suffered at the beginning of October.

Update 2 pm Eastern 10/15: Cooper Webb just posted on Instagram that he's out for the weekend and will not race.