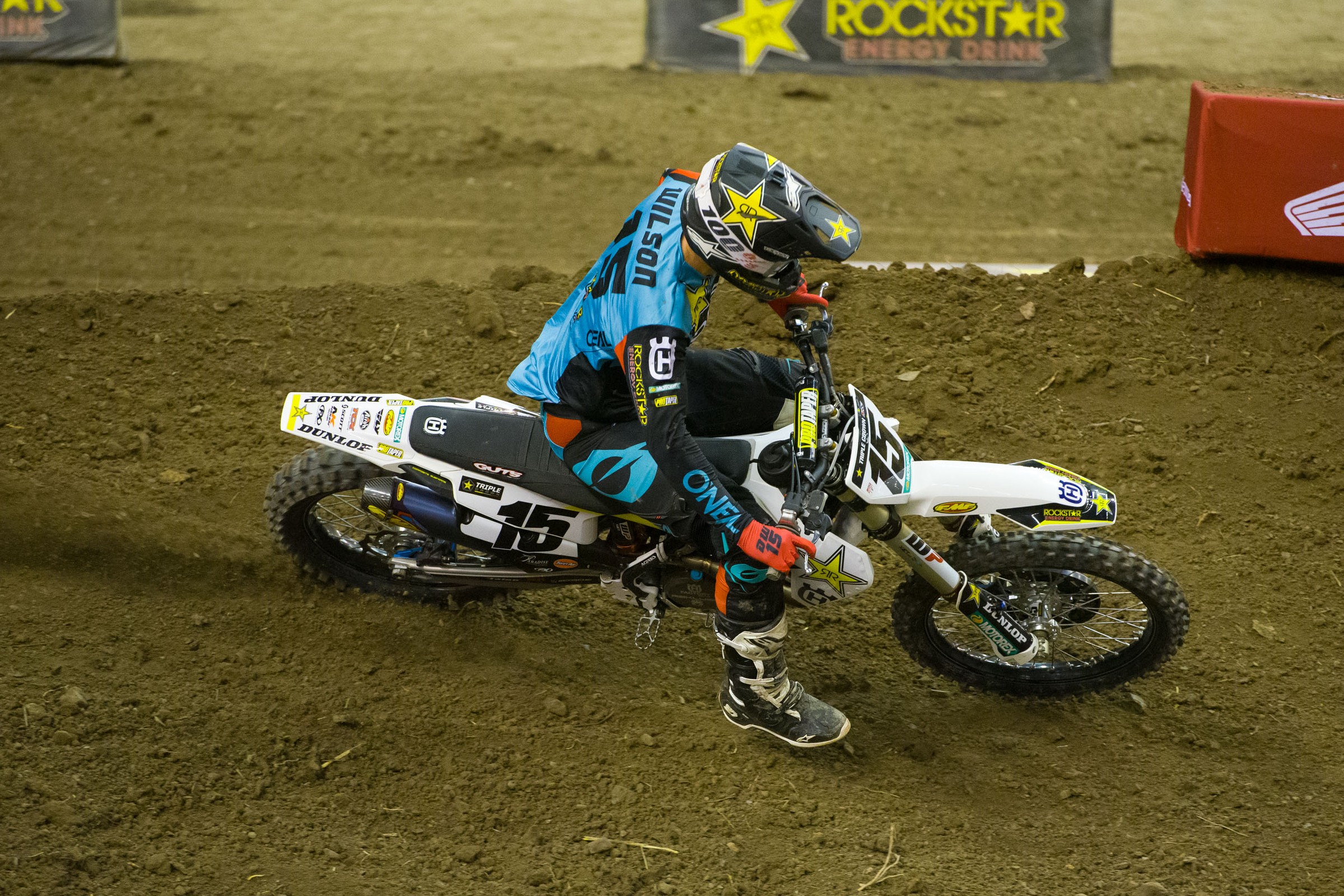 Dean Wilson was putting together a strong finish to Monster Energy AMA Supercross, as he was building off four straight top-ten finishes and sat sixth in the 450SX points entering the 15th round. That changed at the Denver Supercross when a mechanical issue caused Wilson to crash, resulting in a shoulder injury. While the crash kept him out of the remainder of the championship (he went down hard and the bike landed on him), his injury did not need surgery, so he took some time off for rest and recovery.

He ended up missing the first six rounds of the Lucas Oil AMA Pro Motocross Championship. In his debut at RedBud, Wilson had a few small tip overs before finishing 12-7 for ninth overall. While his shoulder wasn’t fully healed, he pushed through and continued to bring his best week in and week out and even improved his season best to seventh overall at both the Budds Creek and Ironman Nationals. But throughout the remainder of the championship, he said his shoulder was still not 100 percent healed from his crash in Denver and it was hindering his results.

Following the Ironman National, Wilson took some time off, went on vacation, and even got engaged (congrats, by the way!) but hopped back on his bike at the beginning of September. Wilson traveled North for the Montreal Supercross at Olympic Stadium this weekend, where he was the fastest qualifier on the day. He carried the momentum over to the main events. He battled back and forth with Justin Brayton, Phil Nicoletti, and Malcolm Stewart but managed to finish 1-3-1 for the overall.

Following the race, our Steve Matthes caught up with Wilson to talk about his day, his progression with his shoulder, and more.

Racer X: Overall winner, Montreal Supercross. The best race of the night I think was you and Brayton in main two. That was awesome.
Dean Wilson: Yeah, it was definitely good racing. It’s just hard to pass. It was a very basic track. It was very hard pack. Every time I made a pass it was so hard pack that I would lose my drive and he would get me. The other two were getting away. But it was a good battle. Definitely got close a couple times. One was due to me, just got squirrelly in the whoops. Last race I just jumped them. I’m like, why was I not doing this the whole time? But it was good. We got the GoPro so definitely check the YouTube [page out]. It was an awesome day overall. I had a lot of fun, so it was good.

For you, third main event, “Mookie” was one point ahead of you. Did you know he went down? Did you know kind of what was going on?
Yeah. All night my starts were actually really good, but I was too far out. So every time I would go into the corner they would hug the inside and get me. So the last one I’m like, I’m going inside no matter what. Me and “Mookie” came out really close, good. He drove it in, and unfortunately that’s what I did in moto two. I thought I had the holeshot, but you can’t turn. You look at Jess Pettis hurting his knee. There’s no front wheel traction. I’m sure he washed the front, too. I just hugged the inside and then when I came over the triple coming the opposite direction I saw he [“Mookie”] was just getting up. So that was unfortunate. Overall it was nice to holeshot and have just that freedom and I could actually ride, where when you’re always stuck behind someone, it’s hard. It was nice to be up front and just hit my lines.

Wilson posted clips of his battles with Brayton.

The track was basic but the quads and the buggies and everything made it difficult, like traction.
There was one buggy that I think his main mission was just to [mess] the track up, and the start gates. I don’t know seriously what was going on in his head. I don’t know if his brakes went out. I saw him launch on the other side of the track! It was insane. Our second race got postponed because he ran over the start gates!

He hit the wall out of here.
It was out of control. Everyone was pissed.

So that made the track slippery?
Oh yeah. It was so slippery and hard pack. It was not a whole lot of passing. When it was, it had to be aggressive. So it was good me and Brayton made it out safe.

I talked to you near the end of outdoors. You told us your shoulder still wasn’t great. How was it after a few weeks off?
So much better. Definitely my strength isn’t all there, but overall feeling feels a lot better. I was in a lot of pain during outdoors and it was so hard to race, train during the week, race on the weekend. It just needed time to rest. Once I rested and I went to Jamaica [for vacation] and just let it heal, it feels so much better. I was really worried when I [got] on supercross hitting the whoops. First day it hurt a little bit and then it just kind of adapted and it feels a lot better.

You spent some of your formative years in Canada. You raced for Canada one time in Motocross of Nations. Does it feel a little bit like home coming up here? I realize it’s Quebec, which is way different from Alberta, but does it feel like coming home a little bit?
Yeah. It’s honestly a lot of the same people. It’s cool to see everybody. Everyone has just been so nice and welcoming. We’ve had such a great time. It’s awesome. Had a good time. I’ve never been to Montreal and it’s weird. It reminds me of Europe.

Totally.
Seriously, I feel like I’m in Belgium or something. It’s so weird. I love it and I’m having a good time.

Where will we see you next?
Monster [Energy] Cup is next and then we’ve got Auckland, New Zealand, and Melbourne, Australia. Not too busy, though. It’s spaced out enough where I feel like it’s just going to keep the pencil sharp. Nothing like racing.

It feels good to be the Montreal Supercross Champion? This is a prestigious race. Been around a long time. So it’s cool to have that title.
For sure. I said earlier, it’s not like it’s an AMA Supercross but it always feels good to win something. Obviously I haven’t done a whole lot of winning. It was cool. There’s a lot of pretty legendary names in the books here at Montreal, like Ross Pederson and JSR [Jean-Sebastien Roy]. There’s a lot of good guys that have raced here, so it’s cool for me to win. I’m happy to walk away safely.