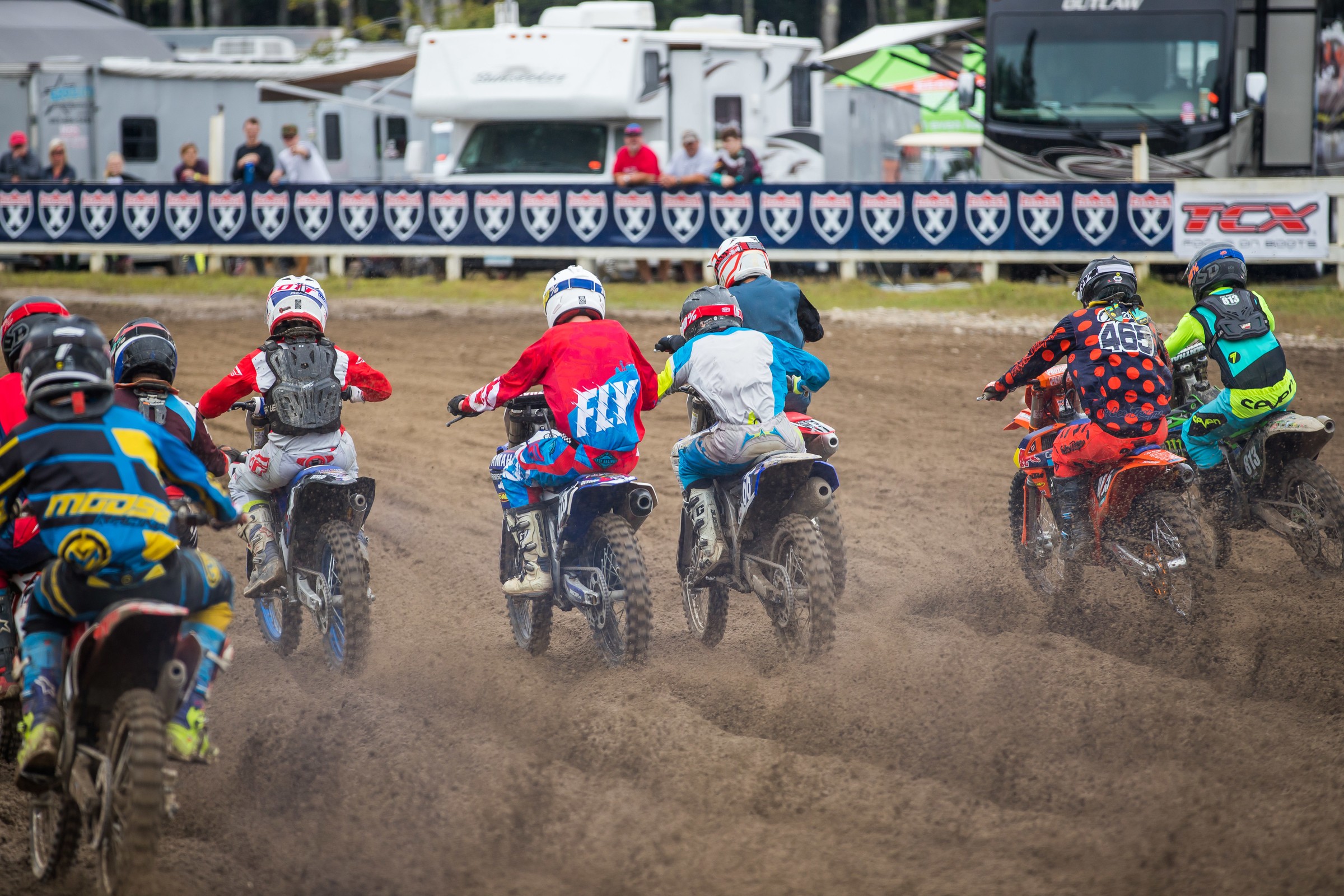 Between Why You Should Attend the Racer X Maine Event

Look folks, motocross racing has a strange problem. People love motocross racing, but not enough people actually are motocross racing. It used to work in a completely organic matter. People loved to race, so they bought bikes/gear/tires/ etc. which supported local shops, then they paid entry fees at their local track, and that kept tracks and local shops in business, which resulted in more and better tracks and shops, more purse money and better sponsorship and contingency. It was a self-perpetuating and fully sustainable economy that actually drove trickle up economics. The bikes and stuff you bought paid the salary of the superstar pro racers that provide the entertainment we love and inspired us to buy and race our own bikes so we could emulate our heroes. It was all good!

A staple of this old model was the big race. We don’t mean a round of Monster Energy AMA Supercross, the Lucas Oil AMA Pro Motocross Championship, Loretta Lynn’s or Mini Os or Ponca City or World Mini or something like that. We mean the big regional race, one that drew all the locals as well as a few big names from far away in search of purse money and pride. If you draw one big name, it draws other big names that want to test themselves against the best. This used to be common, but it’s uncommon these days.

That’s why we love the Maine Event up at MX207 in Lyman, Maine. MX207 already had been running the Maine Event as a “big race” for a few years, under the Vurb Classic banner, but when the media site VurbMoto.com shut down, the Stuart family that operates the track turned to us here at Racer X. What they had learned was that in today’s age, yeah, big purse money and a sick track and a fun weekend makes some people want to race, but you need another layer. You need people to shoot cool videos! You need people to take cool photos! In the social media age, this draws attention, and people really like attention.

Us? We just still love the concept of the big race. It could be in Maine, it could be anywhere, and whether the motivation is purse money, social media exposure, or just pure fun, the big regional race, usually held in the fall when the weather is perfect, is a staple.

It’s not the only big race left, by the way, so support ‘em and you support the entire economy of this sport.

As for this year’s Racer X Maine event, we’re sending Davey Coombs to check it out. I went to the inaugural race. I did some mechanic work for my new BFF Travis Delnicki, I hung with the locals, it was super fun. Good luck, DC.

As an example of how this all works, last week privateer Marshal Weltin told us he’s headed to Maine because of that $15,000 purse. Weltin recently showed up at the Baja Brawl at Michigan’s Baja Acres to get a cut of that purse money, too (and he won the 450 A class). Weltin is from Michigan, lives in South Carolina, raced in Europe last year, and in the U.S. and Canada this year. He’s going to Maine specifically because it’s a big race with big purse money. Further, we’re also going to lean on him for some Racer X content, which means he gets more exposure for doing the big race. That’s how this works.

Last year New England fast guy Chris Canning dominated the event and took home a huge chunk of that purse money. We just learned that Canning will not be able to defend his title this year as he has suffered a broken sternum, so we will get to see a new champion this year. Also, “Mr. Versatility” Ryan Sipes showing up for the 125 race is awesome. Brett Cue showing up for Best Whip is also awesome.

Super bummed to announce that i will not be at racer x Maine event this weekend. As you guys know had a bad crash up in Maine 2 weeks ago which made me opt out last weekend at southwick. With the pain in my chest getting worse i decided to go to the doctors last night and turns out i broke my sternum. Clean through. It is set back in place now but if it takes any hits i can mess things up a lot worse. Heartbroken is an understatement. Hope everyone has a good time up there ✊️✊️ @mx207 and thanks to all my sponsors I’ll be back soon @pilgrimpowersports @thewick338mx @fxrmoto @fcsuspension @spectrooils @jard_racing @gaerneusa @6dhelmets @loudfuelco @100percent_moto @ridedunlop @renthal_moto @melodesignco @zrthrottle @evanspowersport @perryspowdercoatings @rekluse_motorsports @worksconnection @jtiproducts @artcomx75 @novikgloves1 @nesc_motocross @508ebike @giantbicycles

The whole thing kicks off with practice on Friday, and then the JBR Best Whip contest (with Cue). New this year is the Mighty Moose Enduro X race, running under the lights on Friday night. Motos run Saturday and Sunday with a three-moto format.

I’ve gone to this race before and can tell you the Maine September weather is great, and this track is prepped to perfection, and the event has the laid-back vibe you love from big races. Because it’s a big race. Go enjoy it.