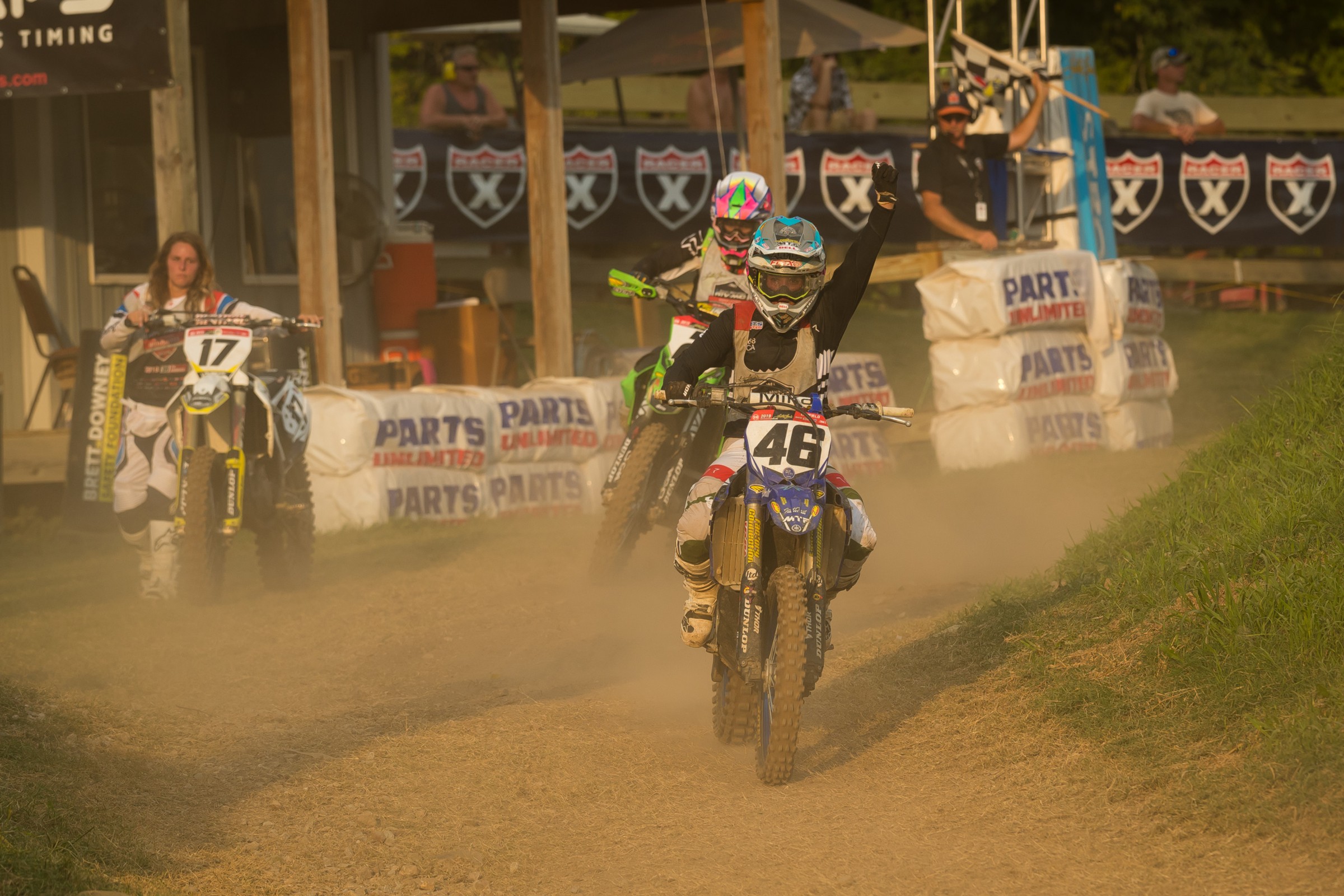 Here’s what they learned Saturday, during the last day of racing at the Ranch.

The names may change but the stories do not. The Women’s class at Loretta’s has a 30-plus year tradition of hosting some of the wildest championship action at the Ranch, and this year’s late-Friday barn-burner between Jazzmyn Canfield, Hannah Hodges, and Jordan Jarvis lived up to that hype (we’re fitting Friday’s final moto in our Saturday report here). All three riders can boast of multiple titles here at Loretta’s, but this time it was Canfield leading into the final moto. But then Jarvis wrestled the moto lead from Hodges and found herself in position to win the title until the very last lap, when Hodges bike broke, Canfield moved up to second, and salvaged enough points to hold on to the title.

The drama wasn’t just reserved for the big bike class either. In the Girl’s class, Katie Benson had it in control with two moto wins, but crashed in moto three while trying to maintain the lead. Mikayla Nielsen snuck by to claim the championship.

Only one rider this year scored the difficult six-moto sweep, going undefeated in two classes. It wasn’t a surprise. Max Vohland has shown next-level talent for a while but really came into his own this year, his final in Supermini. He says a mix of 125s and 250Fs is next and expect some appearances in 125 All-Star races at the Lucas Oil AMA Pro Motocross Championship nationals next year.

Everyone loves a good 125 battle, right? Both the 125 B/C and Schoolboy 1 classes use 125s, and the action went down to the wire. Josh Varize looked to have both titles at one point, but he crashed early in 125 B/C, almost came back, but crashed again going for it. Gage Linville slipped into second in the final B/C moto to snag the title. In Schoolboy 1, Varize appeared to have the title on the last lap, until Linville crashed, allowing Jeremy Ryan to move into second place and edge Varize for the championship.

Jarrett Frye has picked up a Monster Energy/Star Racing Yamaha ride and has looked good at amateur events all year. He was the best overall B-level rider of the week with four moto wins and two thirds over his six motos. He was second overall in 250 B and won the Schoolboy 2 championship. Frye is really tall, so it appears he’s ready to graduate from the amateurs instead of racing A class next year. Next up? He says going pro at Hangtown in 2020.

Injuries are always part of motocross, and several key names were out for the event. Jett Reynolds, who had absolutely dominated his classes at Loretta’s from 2013 through 2017, has now missed the last two editions of the event. At one point, Jett seemed destined to break the Stewart/Alessi/Cianciarulo mark of 11 titles as an amateur, but he’s stuck at nine. Will he be back to his winning ways next year? Kawasaki Team Green was also missing Seth Hammaker due to injury. Nate Thrasher, who thrashed Supermini last year like Vohland did this year, was also out. This sets up some intrigue as to who will race where and in what classes next year.