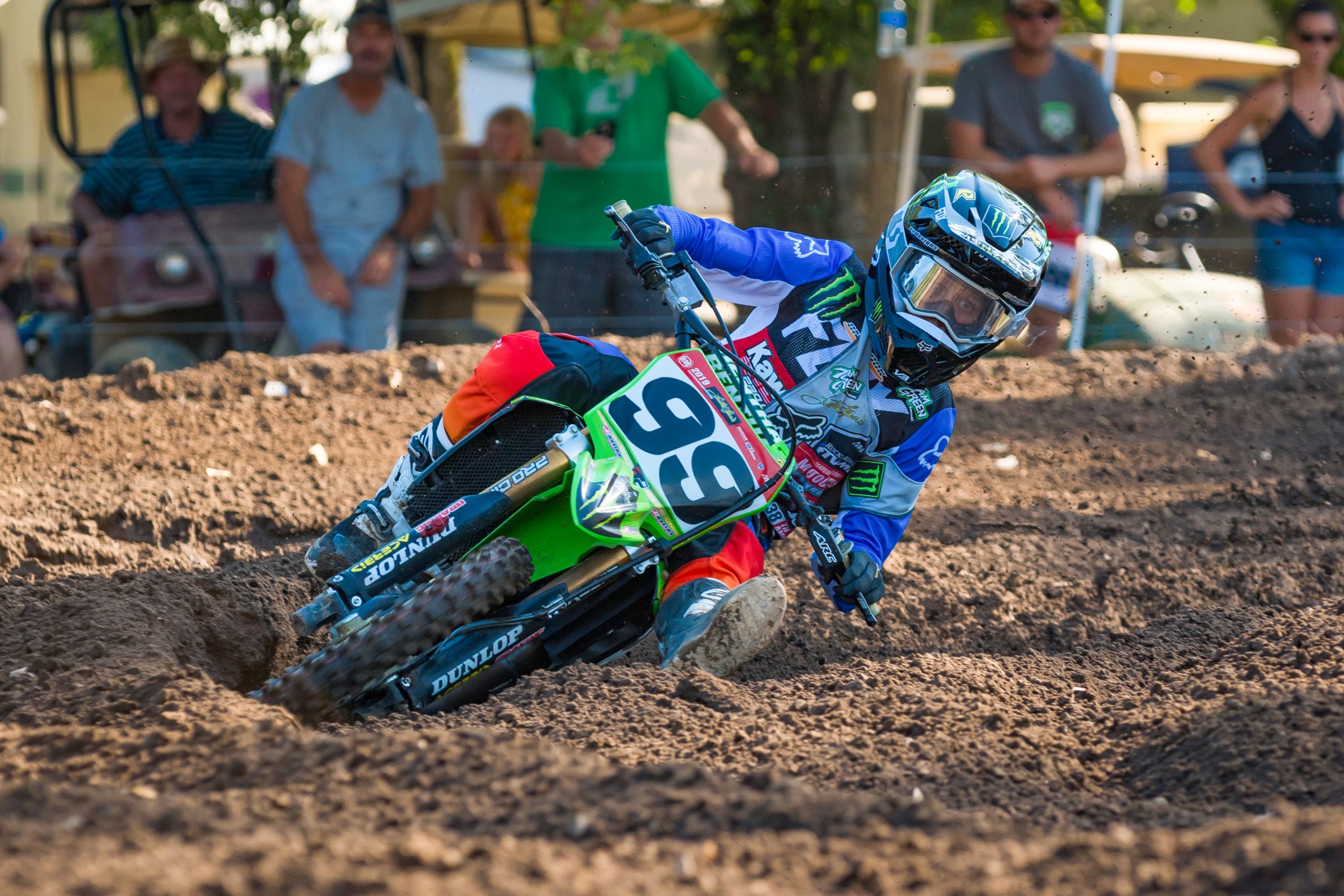 Here’s what they learned yesterday (Wednesday), during the racing at the Ranch.

The Greatest Race Ever

Seriously. How can you top the Open Pro Sport moto which nearly featured a literal tie at the finish? Amsoil Honda’s Jett Lawrence and Rockstar Energy Husqvarna’s Jalek Swoll charged through the pack together. Lawrence began the moto in 15th, while Swoll began in eighth, and by the third lap they were both in the fourth and fifth places and charging hard. Meanwhile Texas’ Parker Mashburn held the lead after getting the holeshot. Briefly, Amsoil Honda’s Carson Mumford would join the battle and pass his teammate Lawrence, but eventually went down. After Mumford went down the race began to intensify as Swoll got around Mashburn, and then so did Lawrence. On the last lap, Swoll looked to have it but Lawrence put in one last charge to get close, and they dueled right to the final corner, literally, and shot side-by-side over the final jump. It looked like a dead tie, but a deep dive through the transponder times resulted in Swoll getting the nod—by 0.066 seconds. They battled through traffic the entire moto and crossed the finish together. It really can’t get any better than that!

Suzuki has been quietly rebuilding its fortunes in the amateur ranks via the Bar X Suzuki squad, managed by none other than Larry Brooks. It’s taken a few years to start seeing the fruits of the labor, but it’s happening this week, with Dilan Schwartz, Preston Kilroy, and Austin Black turning in some of the top B-class rides of the week, including a 250 B Limited moto win for Kilroy. It’s big for Suzuki to win a stock-engined 250F moto. Don’t be surprised to see an RMArmy member hoisting a number-one plate at the end of the week.

A year ago Max Vohland finished second in his Supermini classes to Nate Thrasher, who had a breakout week. Vohland mentioned that he was young enough to return to the Superminis in 2019, though, and would be aiming for championships, and he’s living up to that talk by dominating his motos so far this week. Vohland might be young enough for a Supermini, but he’s growing way too tall for his bike. He joked that he feels like a pit bike racer out there—but he’s making it work.

Jett Lawrence isn’t the only star in the Pro Sport classes for Amsoil Honda, Jo Shimoda and Carson Mumford have shown speed, too. Shimoda’s starts have been absolutely terrible, though, including missing a shift off the line in one race, and getting huge wheel spin in another. Shimoda finally got a decent start in the 250 Pro Sport moto and actually tracked down Lawrence, made the pass, and pulled away to take the win. It’s getting very, very hard to predict who will win this year’s AMA Nicky Hayden Amateur Horizon Award.

Yesterday we asked if anyone could challenge Nicholas Romano in the Mini Sr. class. After Romano nailed double moto wins to start the week, Ryder Difrancesco answered back with a big win in the second moto of the Mini Sr. 2 class. Romano grabbed the holeshot but DiFrancesco moved into the lead and would go on to win the moto by 20 seconds over Parker Ross and Mark Fineis—Fineis by the way has been solid with 3-3 scores in this class. Romano struggled with rear brake issues and a crash, taking fourth. DiFrancesco, who is running the “Six Time” buttpatch in honor of his previous titles at Loretta’s, now sits in control of the championship with 1-2 moto scores.