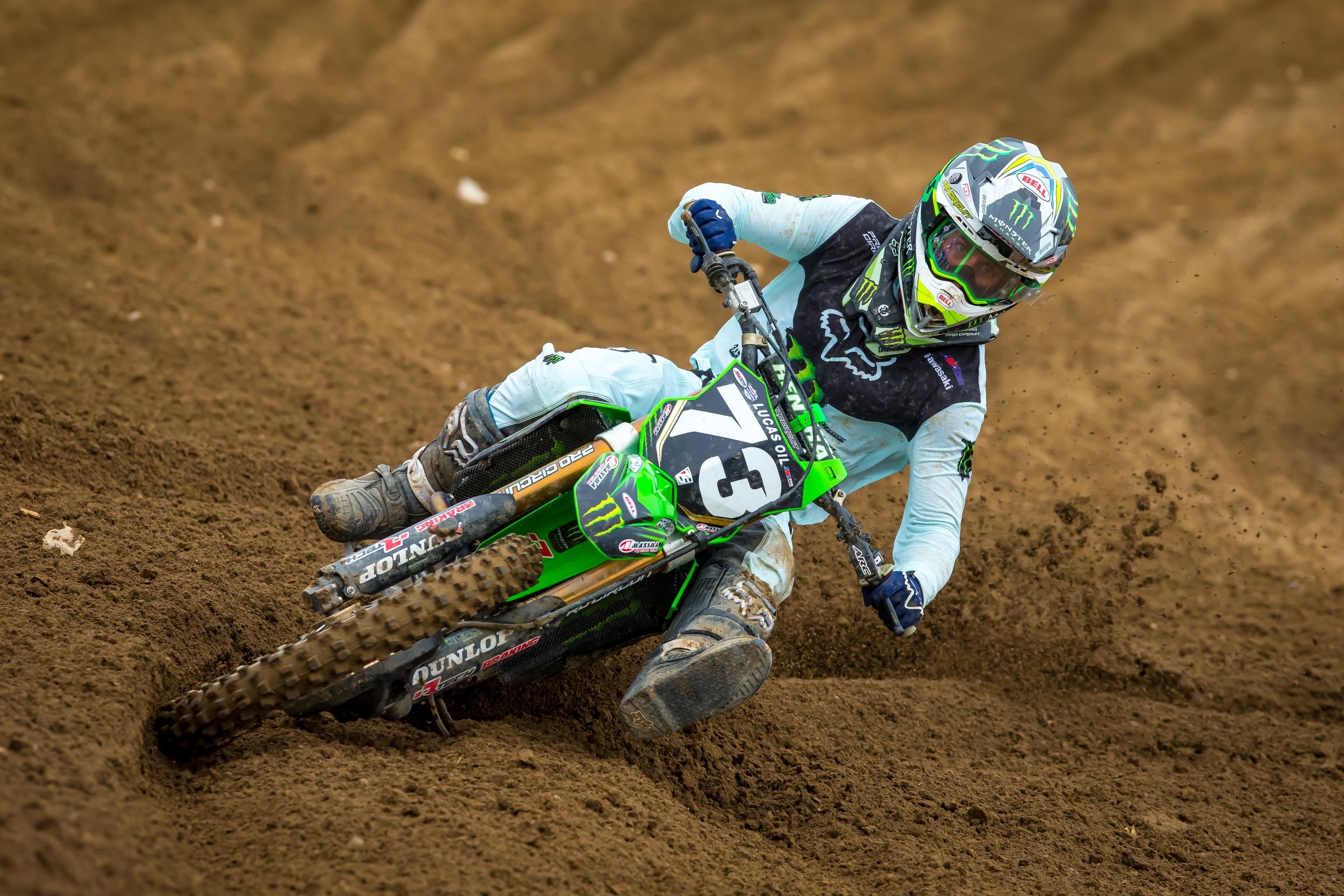 Comment: Alldredge, who shows up at races on the West Coast as a two-stroke hero, had a big crash while riding and shattered both femurs, his left hip, and fractured his left humerus. He’s out for the season.

Comment: Hill is still recovering after tearing some ligaments in his shoulder. There is no specific return date, although we’ve been told it’s possible he might return for a few races at the end of the season.

Comment: Peick isn’t ready to race after sustaining major injuries at the Paris Supecross in November, but he did put some time on the bike in this week at the Fly Racing gear launch in Boise, Idaho.

Comment: Seely is out for the season after tearing his labrum and fracturing his glenoid socket.

Comment: Auberson was set to return for RedBud but crashed and was unable to race. He also ended up missing Spring Creek. He is officially out for this weekend as well.

Comment: Covington was diagnosed with the Epstein-Barr Virus in early June and has missed several races as a result. He's out for Washougal.

Comment: Crown tweaked his thumb while practicing and missed Spring Creek. He hopes to return for the Unadilla National.

MARTIN DAVALOS – BANGED UP | OUT

Comment: Forkner will not compete in the 2019 Lucas Oil AMA Pro Motocross Championship due to a torn ACL suffered during supercross. Earlier this week we were told by the team that his recovery is coming along very well.

Comment: A late addition to this report, Lawrence posted to Instagram that he suffered a practice crash yesterday that will keep him out this weekend and for an uncertain amount of time. While Lawrence did not go into detail on his injury, he stated in the post: "...as of now we are unsure of the time frame I am out for but getting checked up today, most likely surgery is required…” We have now learned Lawrence has gone in for surgery on his collarbone on Friday.

Hey guys, so a freak accident happened yesterday whilst i was out training and we had something break in the engine at the top of a jump upramp and locked up, by the time i let go of the handlebars i was already lawn darting into the ground ?, my team pulled apart the engine asap and what we found was a freak accident and what part broke we normally run for 100 hours and this part only had 3 hrs on it! So it wasn’t my teams fault we are digging to the bottom of it to prevent this happening again, thankyou to my team for supporting me in times like this and everyone else who rides this rollercoaster of a sport with me, as of now we are unsure of the time frame i am out for but getting checked up today, most likely surgery is required, so sorry guys i’m speechless, good luck to my team mates this weekend, put those red rockets out front ?? #mirtztillithurtz #ithurtz #maddogdown #miloracing ?- @crunch724 / @lebigusa

Comment: Martin had a complicated recovery after sustaining a burst fracture in his back last year at Muddy Creek. He’ll be back racing in 2020. We caught up with him at Millville to check in on his recovery.

Comment: Smith is recovering following surgery to fix damaged tendons in his wrist and probably won’t be back this season. If he does, it won’t be until Budds Creek.