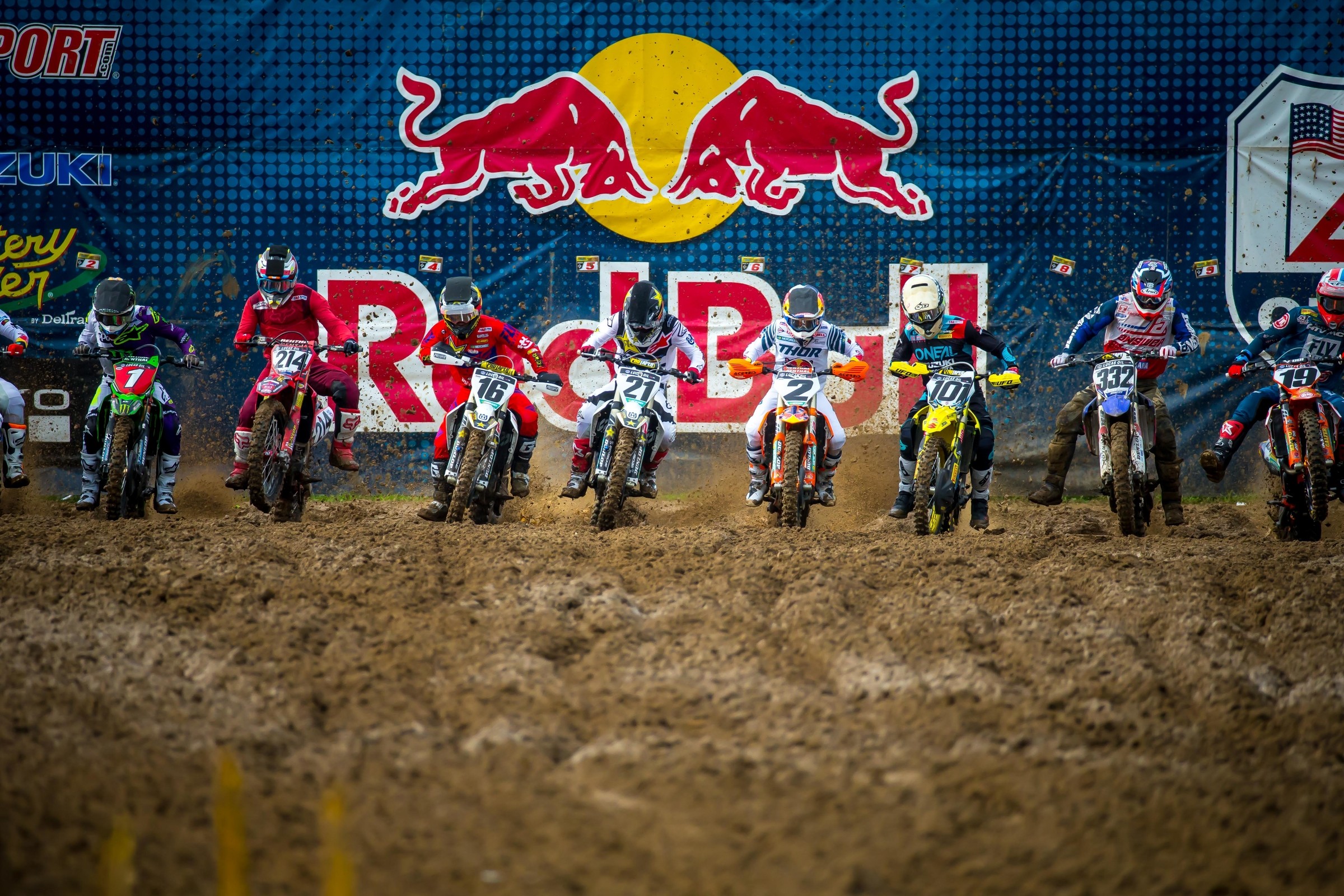 Washougal! Easily the most picturesque (relax Lakewood fans) race of the year, Washougal is a race I always look forward to. With Mt. Hood looming in the background, Washougal boasts scenery that will stop you right in your tracks. Driving in, the Washougal River leads fans up the mountain and through the never-ending tree line. In late July it is simply a morning drive that can’t be matched anywhere else in the Lucas Oil AMA Pro Motocross Championship.

The track is a fickle one. It evolves throughout the day, changing from tacky to incredibly hard and slippery. Qualifying typically sees good conditions, if not a little muddy. As the sun stretches its legs, though, that river-bottom base hardens up and traction exits the building. Sections that allowed aggression in the morning require finesse and patience that same afternoon. Adjusting your own technique according to the changing conditions is paramount to a good result on Saturday.

There are a few obstacles at Washougal that are absolute staples of the event. Most notably, the long set of whoops leading to the finish line come to mind. This fun but challenging set of whoops can change from year to year. I have seen them be small and very fast blitz-style and I have also seen them be so big and tall that most riders resorted to jumping two or three at a time. Usually, they are built in a way that puts both options are in play. Riders like Marvin Musquin will find some crazy combination that could even allow for a quad while Eli Tomac will blitz across the top at lightning speed. Keep an eye on who chooses which approach and how it may change throughout the day. This is a great passing spot also. There will be at least two lines entering as the inside line requires a slow entry and the far outside will allow riders to jump in at speed. The outside line is slow at first, adding a lot of extra distance to cover but that time can be regained with a high exit speed. Conversely, the inside line will see many riders dive under their competitor and hope to either squeeze them to the outside or at least draw alongside. This inside/outside dynamic will happen several times per lap in every moto.

Then there’s what Jordon Smith did last year:

The final wrinkle for anyone who has ever raced Washougal is the shadow variable. With bright sunshine on Saturday, the contrast between the tree-covered sections and the open air is sharp. I would assume that some suffer more than others but I personally had a very difficult time adjusting in and out of the shadows. For the first couple of seconds upon entering the tree-covered section before the finish line, I would be almost completely blind. The whole world went dark as the bright sunshine is completely blocked by the tree canopy. After a few seconds, my eyes would catch up and I could see again. Those few seconds were terrifying, though. Further, the shadowy section is comprised of a fast descent into a sea of ruts. I was fortunate to never have a crash there but I can promise you that I held my breath every single lap of my career when entering the Washougal trees.

At Spring Creek, Cooper Webb got the first 450 Class moto win, overall podium, and overall win of his career in fine fashion, qualifying fastest and going 1-1 on the day.

Adam Cianciarulo put 11 points on his nearest rival Dylan Ferrandis, winning the overall along the way.

Zach Osborne bounced back from his sternum/chest/shoulder injury to grab a second overall at Spring Creek.

John Short had the best day of his career at Spring Creek. His 6-8 score will be one he will never forget.

Alex Martin has found his form. His starts and speed are exactly what the JGR Suzuki doctor ordered.

Joey Savatgy suffered another DNF at Spring Creek. His eighth-place finish in the first moto was a step in the right direction but he is having a terribly tough time putting an overall result together.

Blake Baggett hasn’t been able to find his best self. He is capable of more but seems to be missing one last piece of the puzzle.

GIECO Honda suffered a few untimely (are they ever timely, though?) DNF’s at Spring Creek.

Marvin Musquin finds a way to win a moto.

I teeter on the edge of sanity per my fantasy team’s results.

Cianciarulo puts a chokehold on the series with another 1-1 score.

Eli Tomac is clocked at 97.5 MPH in the Washougal whoops.