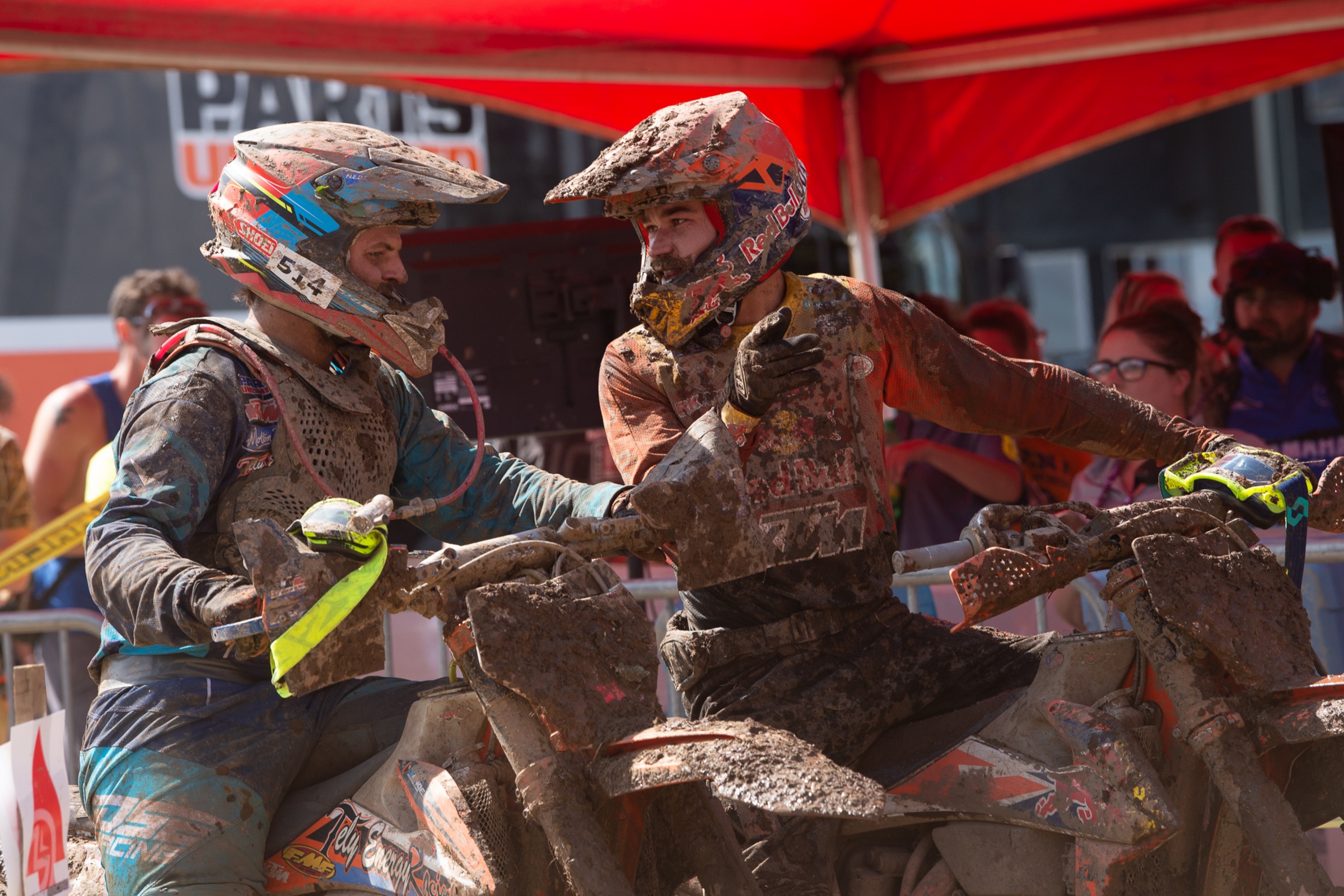 GNCC Report 5 Things We Learned at the Snowshoe GNCC

The eighth round of the 2019 Amsoil Grand National Cross Country Racing season would see the series head to the toughest and most unique event on the schedule for the 13th annual Snowshoe GNCC. Held at the upscale Snowshoe Mountain Ski Resort in West Virginia, this event pays tribute to the original GNCC event; the Blackwater 100. The rugged terrain would help create one of the most exciting races of the 2019 season. Here’s what we learned.

This year’s Snowshoe GNCC racecourse would be one of the toughest ever with several sections littered with huge rocks, deep mud, and of course some steep hills. Several racers commented that the very first running of Snowshoe in 2007, which still holds a reputation as one of the all-time toughest GNCC events, is the only other Snowshoe event rivaling the difficulty of this year’s course. Steward Baylor is known to excel in tough terrain, but even he said he found himself pushing his bike more than once during the event. All in all, this makes this year’s Snowshoe event one of the best tributes to Blackwater that the series has seen.

Thad Duvall is another rider known for excelling in tough terrain. He would claim the XC2 class (250s) win at the first running of the Snowshoe GNCC in 2007 and back that up with a commanding XC2 class win in 2008. Duvall would put on a charge during that 2008 event, latching onto the back wheel of David Knight to nearly topple Knight for the overall win. He would come up just about three seconds short of the win, and in doing so would gain the reputation of being one to watch when the going got tough.

However, since then Snowshoe has not been kind to Duvall. In the 11 years since that 2008 event, Thad has started each and every Snowshoe race, but has only been able to finish the race four times. Unfortunately, bad luck seems to always strike Bad Thad at this race, and more of that was in store in in 2019. Duvall would run in podium contention with the leaders in sight for the opening laps of the event but a freak mechanical issue would take Duvall out of the race.

Last year, Duvall hurt his wrist at Snowshoe, which ruined his championship hopes. This year’s DNF certainly doesn’t help in the title chase, either. Since Duvall finished outside of the top 20 overall, he didn’t earn any points towards the GNCC National Championship, and this extends Kailub Russell’s points lead to 48 points over Duvall. However, in the world of GNCC Racing, anything can happen and with five races remaining in the 2019 season Bad Thad very well could find himself within arm’s reach of the championship.

3. Battle to the Wire

Duvall’s mechanical issue didn’t mean a runaway win for Russell. Steward Baylor would put his head down and charge from fifth place on the opening laps to challenge Russell for the victory. Baylor even got the lead several times in the late stages of the race, but Russell was able to fight back to take the overall win.

After two hours and 43 minutes of racing on an extremely grueling course, the duo of Russell and Baylor would be separated by just over one second. Given the terrain, this is very impressive. In some past year’s Snowshoe has been such a survival race that victory margins have gone upwards of ten minutes.

The 2019 season has been one of dreams for Ben Kelley. We’ve profiled this rider’s success throughout the season, and it just keeps coming. Kelley has claimed the XC2 class win at each event thus far in 2019, and in doing so has set a record for most consecutive XC2 wins in a season, and THE most XC2 wins in a single season.

Eight wins begins to make many people wonder if it’s possible for Kelley pull off a perfect season in this series. Walker Fowler did it back in 2011 on the ATV side, claiming the XC2 Pro-Am class title, but on the bike side, the single-season record was set by Kailub Russell’s 2016 performance with 10 wins to his credit. Kelley would need to go 13 for 13 to go perfect. It’s tough to say where Ben Kelley can go from here but there’s no doubt that he has the chance to make huge history in 2019.

Traditionally, the Snowshoe GNCC serves as the final event before GNCC goes on summer break before returning in September. This is usually a welcomed relief as the rugged Snowshoe terrain tends to send many riders looking for a break! However, after torrential rainfalls flooded the Big Buck GNCC property at the beginning of the season, forcing a cancelation of the event, a makeup event is scheduled for July 6-7.

Interestingly enough, the next event is not a reschedule of the familiar Big Buck property, instead it will be a new location for the GNCC series with the High Voltage GNCC in Dilliner, Pennsylvania. Located near High Point Raceway, the terrain will be familiar for GNCC racers but the venue itself is uncharted territory for GNCC Racing, thus making it difficult to pick a clear favorite.