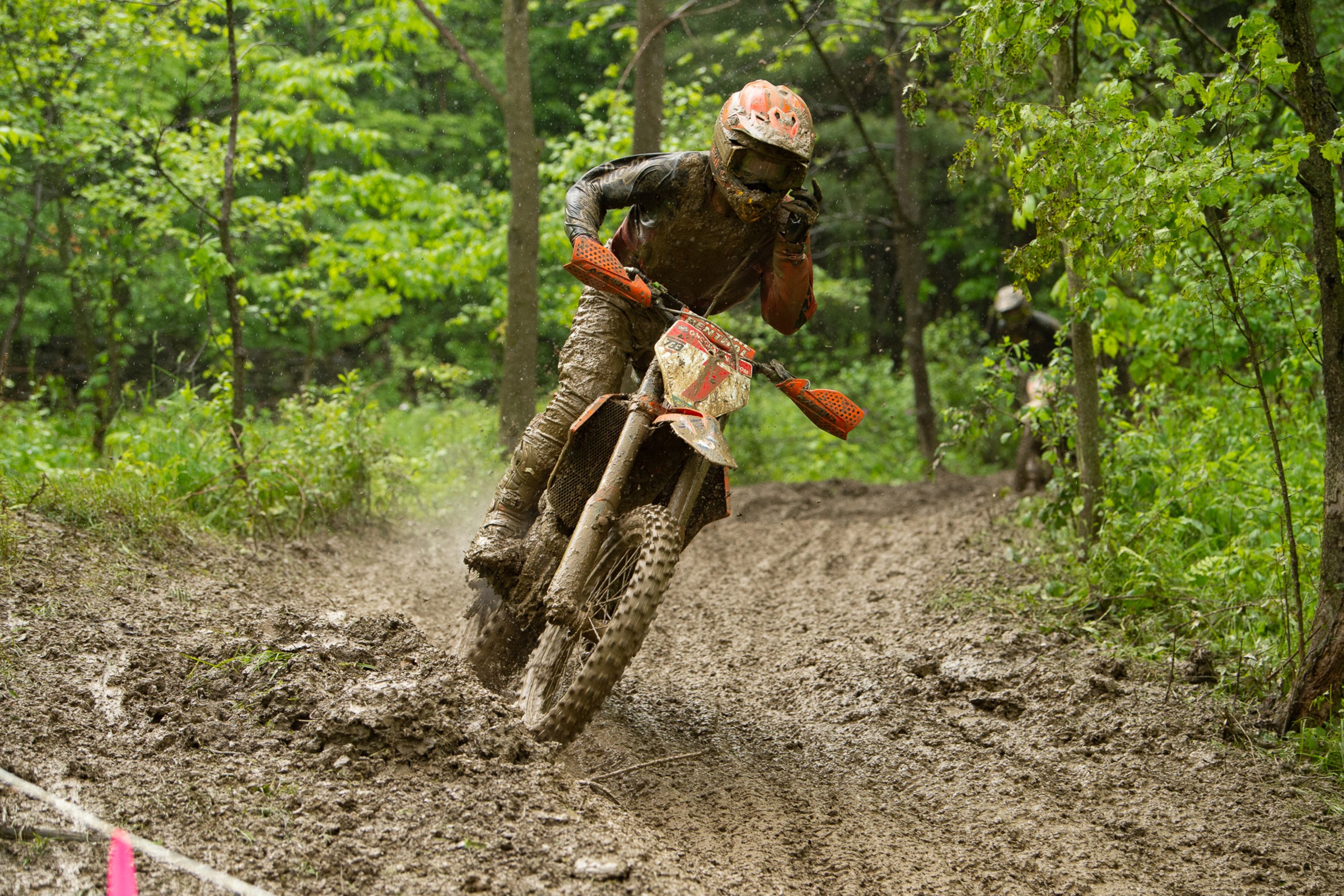 GNCC Report 4 Things We Learned at the Tomahawk GNCC

Round seven of the 2019 GNCC Racing season would see the series head to Odessa, New York, for the fifth annual Tomahawk GNCC. Located just miles from Watkins Glen, this course sees some trails that tend to be a bit on the faster side, coupled with slick, slate rocks and some fast field sections. The first four years of the event saw either very dry, or just near-perfect conditions. This year’s event shaped up to see some rutted but good dirt conditions until a mid-race rain soaked the course and made things even more difficult. Here’s what we learned.

1. Mother Nature Has a Laugh

As mentioned, this venue has traditionally seen good weather conditions. Rains fell late in the week leading up to the event and made for some wet areas during the early portions of Saturday’s ATV races. By the afternoon, the course had begun to shape up and other than a few areas, it was in pretty good shape. Originally, heavy rains were forecast to fall Saturday evening, but those rains stayed away. The GNCC track crew hit the woods early Sunday morning to doze as much of the course as possible, which made for a pretty good course during the 10 a.m. amateur race.

Those good conditions carried into the opening laps of the 1 p.m. pro race, but around the end of the second lap it began to rain and didn’t stop until near the end of the race. This took moist and tacky dirt into a wet, sloppy, and rutted course in a matter of minutes. The rocks native to upstate New York did help to keep some areas in decent shape, but those rocks can get slick when they’re wet. However, the interesting thing is that these conditions didn’t play a huge role in the outcome of the race. The guys who were out front in the early stages of the race just continued to stay out front, and while it would still be a very close battle to the wire between Kailub Russell and Thad Duvall, these guys seemed to continue to ride at a similar pace to those opening laps.

Back at the Camp Coker GNCC, we mentioned that Kailub Russell became the first rider to repeat as a race winner in the 2019 season. With this Tomahawk win, Kailub also becomes the first rider to repeat as a winner of the Tomahawk GNCC. When the event was added to the series in 2015, Chris Bach would earn his first-ever GNCC overall win. In 2016, Josh Strang and Kailub Russell would battle back and forth for the win, and when a split line merged the duo would collide hard enough to leave Russell with a broken fuel pump and Strang would remount and ride to the win.

In 2017, Thad Duvall claimed the Tomahawk win, while Russell would finally breakthrough for the win in 2018. With his 2019 win, Russell is now the first rider to ever repeat as a race winner of the Tomahawk GNCC. This is a far cry from the early days of the event where Russell just couldn’t seem to mesh well enough with the New York course. This year he would lead four laps of the seven-lap race, and while Duvall was only 16 seconds behind him after three hours of racing, Russell still proved that it would be his day as he rode to his fourth win of the 2019 season.

Steward Baylor’s day started out in a disastrous fashion. His bike wouldn’t fire off the dead-engine start and he would eventually round the first turn in dead last. He began playing catch up, but a slight get-off on the opening lap would leave him with a broken throttle tube. Luckily his mechanic, Alan Gravitt, was able to quickly change the tube and get Baylor back on the track. However, that stop would drop Baylor to dead last in the XC1 class and somewhere behind the majority of the XC2 class overall.

Of course, when the going gets tough, Steward Baylor steps up to the challenge. It just so happens that when Stu began his charge through the pack, those rains began to fall and these are the kinds of conditions that he thrives in. After completing lap one in 12th, he would work his way up to 11th on lap two, then into ninth, and continue to charge into the top five. As they took the white flag, Baylor would be engaged in an all-out battle with Trevor Bollinger for the third place position.

He was able to make his way around Bollinger and actually pull away from on the final lap. Baylor would end the day third place in the XC1 class, which is pretty impressive considering the adversity he was faced with throughout the race.

It seems like we discuss Ben Kelley each week, but that coverage is well deserved because this guy is absolutely on fire this season. Once again Kelley would claim the XC2 class win, but at one point during the race Kelley was actually leading the overall on time adjustment! Russell and Duvall would charge to put enough of a time gap between themselves and Kelley that it would drop him from that top spot, but Kelley took third overall. Not just on adjusted time, but physically third overall as well. He started a full row behind, too!

While Kelley was pulling away out front, Craig Delong was riding a consistent race of his own in which he held second place throughout the entire race. Mike Witkowski and New Zealander Liam Draper would battle for third place throughout much of the race. Unfortunately, a mechanical issue on the last lap would take Liam out of the race and Witkowski would end the day third.

Draper made his U.S. debut last season and has been ever so close to a podium in the XC2 class but little issues here and there have kept him out of podium contention. Draper actually lives and trains with Steward Baylor, so with the direction of a former XC2 class champion, it’s only a matter of time before we see that XC2 success come Liam’s way.

Austin Lee is another rider who is a consistent podium threat to the XC2 class, and he would end the day in fourth place but the rider rounding out the XC2 top five was one of the most interesting storylines of the day. Ben Bouwens is a local pro from the New York Off-Road Association who gained some national attention about 10 years ago when he claimed a few XC1 holeshots decked out in an open-face helmet and cold weather riding gear (it actually wasn’t that cold out either) and to top it all off, instead of running a number on his front number plate he simply had a Batman logo, which is still runs to this day.

“Batman” Ben Bouwens showed up to Tomahawk and contested the XC2 class where he was able to finish a solid fifth place in XC2 and 19th overall. This is pretty good considering Batman is just your average guy with a regular job, who is eligible for a Vet class, and went head-to-head with some guys who are only a year or two out of high school and contest the XC2 class full-time. Much like the story of Joe Marsh we covered after The John Penton GNCC, it shows that you never know who will be next to step up to the challenge of GNCC Racing and find some success of their own.