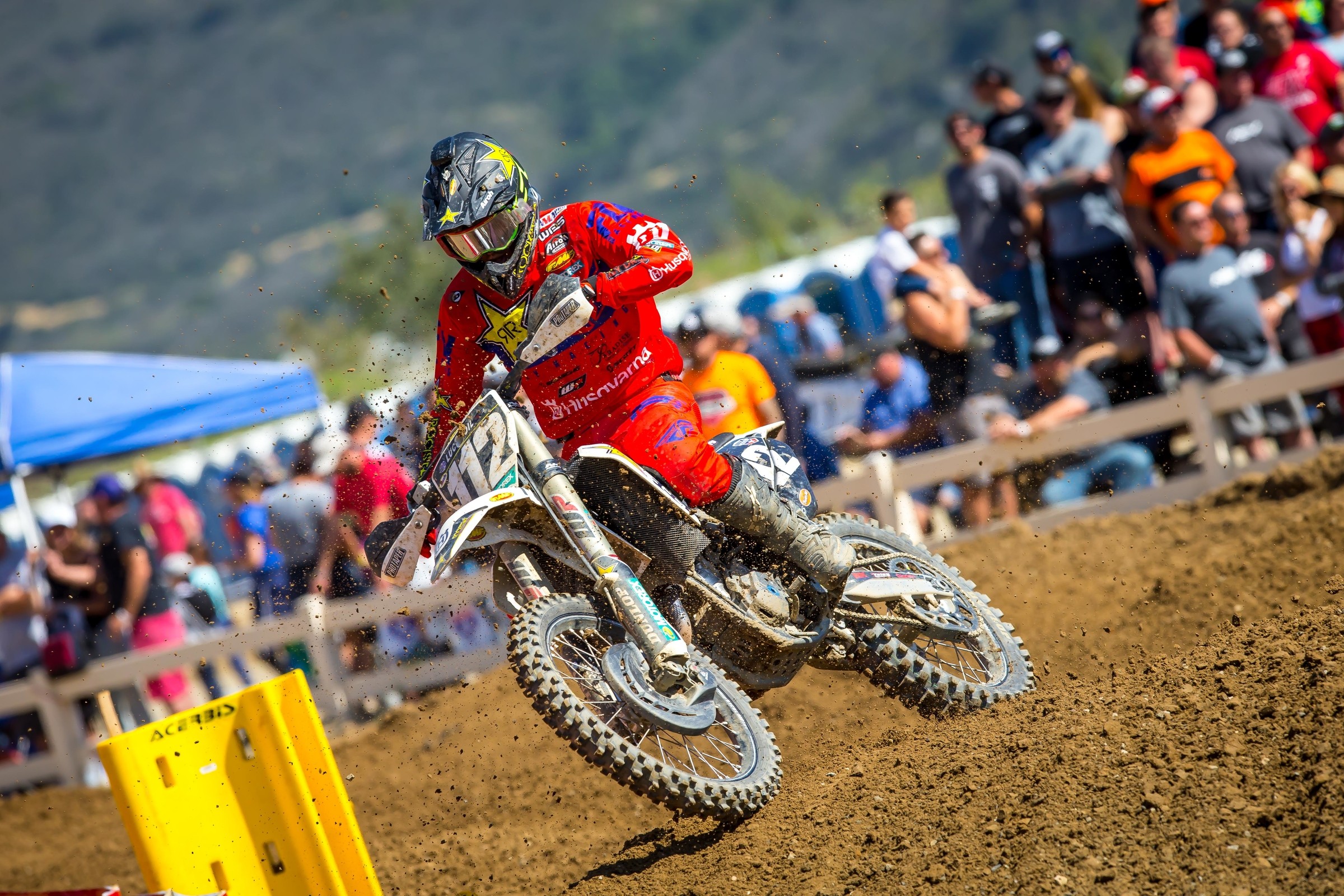 Over the last month, you’ve probably heard 7,893 rider quotes eluding to how little time there is between the Las Vegas Monster Energy AMA Supercross finale and the Hangtown National opener for the Lucas Oil AMA Pro Motocross Championship.

That’s cool, though. Riders packing varied levels of prep leads to varied results, and also means more surprises could be in store as everyone develops their 2019 outdoor package. A dynamic, ever-changing season is always fun to watch.

After three races, the series takes a weekend off before resuming at High Point on June 15. Who is super dialed in and who needs more time? Let’s break that down for The List.

Dudes that wish they could keep racing right now

1. Justin Cooper (1-4-1-4-1-2): Forget this upcoming weekend. Cooper probably wishes Thunder Valley hosted a double-header with more motos on Sunday. In his mind, round three was his, and although you can argue that, his own internal motivations are all that matters. He was mad about Adam Cianciarulo’s off track excursion, and the no-penalty for it, and he’s going to use that as fire.

It burns especially hot because the “somehow Cooper still hasn’t won an overall” story keeps going. He’s been pretty darned amazing ever since he turned pro, logging a podium moto in his first day on the job (a muddy Unadilla in 2017), he was third in points outdoors last year, second in 250SX East Region this year, and has won the first moto at all three nationals this year. Yet, he still hasn’t stood at the center of the podium and shaking champagne, collecting his win bonus. He’s always so close, which only makes it more frustrating, more motivating, more captivating. High Point’s 250 motos are going to be must-watch events.

2. Adam Cianciarulo (2-1-3-1-2-1): AC probably won’t mind a break to get transitioned back to living and working in Florida, but, when you’re hot you’re hot and it wouldn’t be bad to just keep riding this wave.

3. Eli Tomac (4-1-1-1-5-1): Tomac isn’t even the 450 Class points leader, but he’s fine. He’s still proven to be the fastest man out there, with four moto wins in six starts, and basically anytime he’s been on no one can stop him. That’s always been his ace, and he’s still packing that speed this year. Also, whatever his team learned about the 2019 KX450 late in supercross has clearly translated over outside, because we haven’t seen any of the weirdo fades that plagued his first half of supercross.

All the full-time 450 riders would like some time off because the season is brutally long. But at least Tomac is heading into the break with wind at his back, instead of being surrounded by storm clouds like he was a few months ago.

4. Zach Osborne (5-3-5-4-2-4): Zacho is this close to having all the pieces to run for wins in the 450 Class. An off weekend is okay because he can use the time to work on things, but experience in battle, on the big bike, against the big dogs, is what will teach him the most.

Dudes that wouldn’t mind a weekend off

1. Dylan Ferrandis (3-5-7-3-3-5): Dylan hasn’t been bad, but he’s facing an early 20-plus point deficit on Cianciarulo and Cooper. That can be erased easily (go 1-1 on a day when AC goes 3-3 and you take 10 points off immediately) but he has to fix something in order to do it: he’s got to get up front early. Starts have plagued Ferrandis through much of his time in the U.S. He said he had really worked hard to improve them late in supercross, and it showed. That didn’t translate outdoors, though, because he’s again rarely in view on the first lap. For Ferrandis, it’s not just the start, but the first lap that counts—these 250 kids are crazy and he’s gotta make moves early. If he can do that, he’s right back in this.

2. Ken Roczen (1-2-2-3-1-2): Kenny leads the early 450 Class points and has two overall wins, which is great and awesome. However, Kenny has held red plates on many occasions and knows a strong start doesn’t guarantee a strong finish. Right from the start of this outdoor campaign, Kenny has said his goal was to just build and improve throughout the summer. If he can use the break to both rest and test efficiently, he can keep trending up and stay in this fight until the end.

3. Chase Sexton (4-6-5-5-7-6): Expectations define the results here. You can categorize Sexton as “solid top five guy” to start this campaign, and while that would be a good tag for many riders, Sexton absolutely hates it. He’s frustrated each weekend because he wants to battle Cianciarulo and Cooper for wins, podiums, and the points lead, but he’s just short of that. Getting a taste of the high life in supercross only makes this feel worse.

Sexton is a work horse and expect him to keep grinding to finally find the front at High Point.

Dudes that need the reset the most

1. Thomas Covington (27-22-11-25-30-27): His 2019 season has been so bad it doesn’t even make sense. Okay, maybe supercross was just a steeper learning curve than expected, but surely Thomas is way better than this outdoors. Hopefully, there’s some sort of solution coming.

2. Cooper Webb (3-6-6-6-3-8): Obviously, the start of outdoors hasn’t been as good as supercross. That makes it tempting to say Webb just isn’t as hungry as he was six months ago, but that seems doubtful—he’s a stubborn, head-strong guy who operates on pride. No way he’s okay with laying down and letting rivals like Tomac and Roczen just own him for the next three months. For one, he wants to win, and for two, he can’t hand such a mental advantage back over to them for supercross next year.

It now seems like Webb has been a KTM guy for a while but these three races were actually his first in Pro Motocross on orange. So there’s definitely a transition process, and some work to do on this break.

“In Moto 2, I made a bike change that wasn’t good at all and I really struggled,” he said in a team statement. “It was a tough day but we have two weeks now to try to get better and start the east coast nationals off on a better note.”

3. Joey Savatgy (40-37): Joey could have taken his time and waited until High Point to return from injury, but he really likes Thunder Valley and figured it was worth the risk to come back early and learn. What he learned was… the lack of testing time (he’s a 450 rookie and missed critical outdoor prep nursing injuries) really hurt. That’s why he came back early, though. Now he has two weeks to take what he learned and figure out how to make it better. In the long run, this might have been the best move.