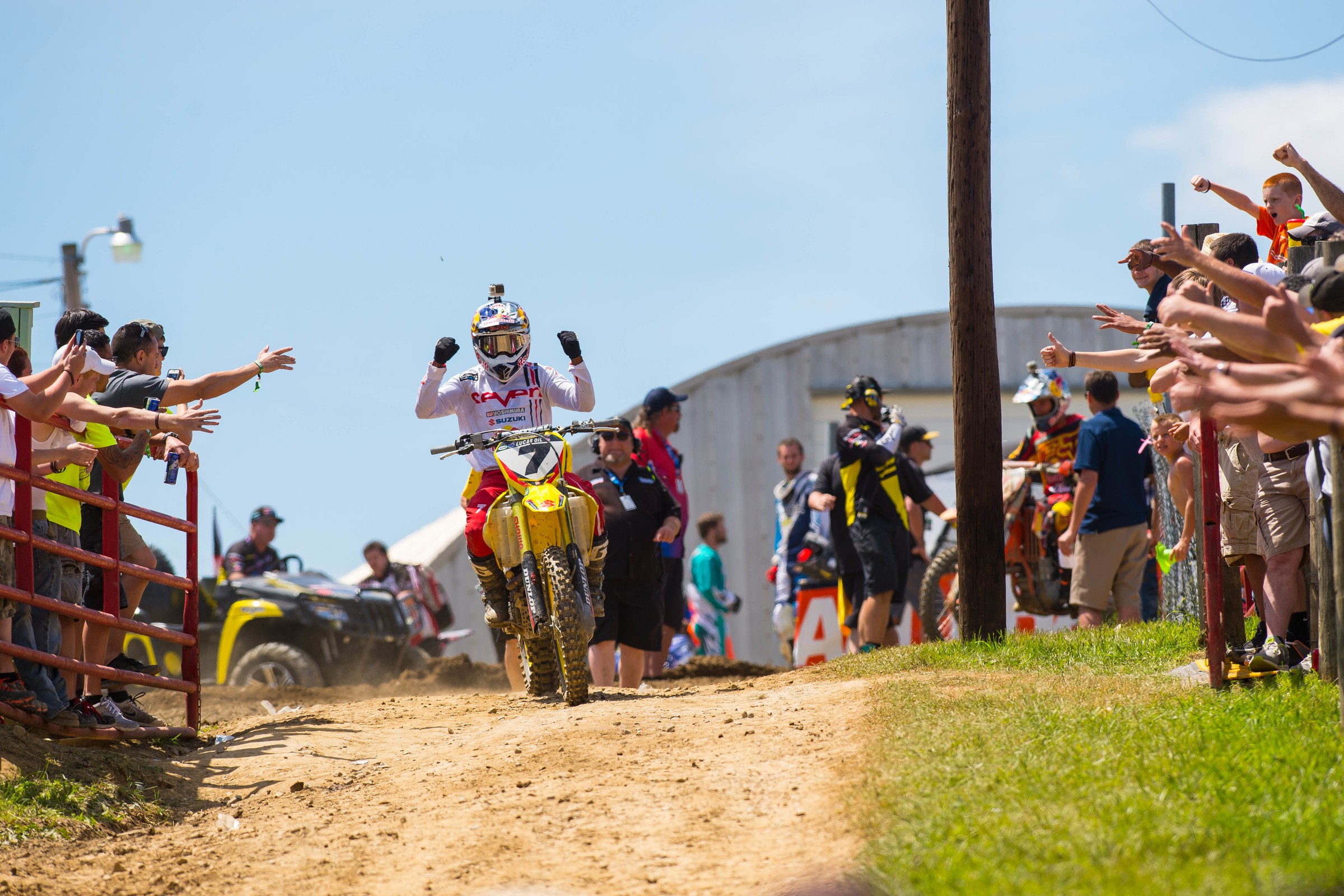 Insight Finally Moving on from James

James Stewart never stuck to established form, so why expect his retirement announcement to resemble any other? It’s been nearly three years since his final race, but Stewart finally used the word “retired” in the third installment of his video interview series, posted and produced by his gear company Seven.

Three years away from the races—not only as a racer, but also without any appearances in the flesh whatsoever—made it seem like Stewart already was retired, but by not ever actually saying it, he occupied a purgatory between retired and active, confusing any conversation about him.

Now that we officially, really know, we can begin unpacking everything James did, everything he meant, everything he was as a racer. We can begin to cement his pace in history, the record books, the hall of fame, and more. That’s just stuff for us. For his sake, without the pressure of having to be James Stewart the racer anymore, perhaps James can finally show up in public again, without having to answer so many questions, and without having to win races.

Even if he doesn’t come around anymore, there’s still so much to see. If there’s ever a rider to celebrate, this is it. While he might have reached polarizing status in his racing days, looking back at James’ career through the rose-colored glasses of history means we’ll be talking quads, scrubs, and speed. Folklore usually contains stories of someone doing the impossible. James Stewart did that. We will focus on the spectacular, because that’s what James Stewart the racer always strove to be.

Unfortunately, spectacular is a high bar. The standards we had set for James, and James set for himself, were nearly impossible to meet. But with him it seemed doable—Stewable, as he would say—because no racer in any sport had a ceiling higher than James Stewart. He was not only the most talented, he was dedicated to improving his craft. He had the smile and personality to match, and, to address that elephant in the room, he was the first African-American to win major motorsports races. He was everything to everyone and he was expected to not only smash the record books, but launch this sport to another level of popularity. The future popularity of this sport was to be built on James Stewart’s shoulders. That was the pressure. Such was his potential to go mainstream, and bring in more fans and more money for everyone. Maybe that’s not fair. Maybe James should only be judged like other racers, who are only seen through the lens of winning races. But with James, nothing was like everyone else. It was his burden. It was both a blessing and a curse.

Looking back now, it’s hard to figure if all of this were really doable. Or Stewable. On the track, he was awesome and won tons of races. He’s second on two significant all-time lists: combined AMA Supercross and Motocross race wins, and second on the all-time supercross wins list. With Stewart’s prodigious talent and hype, taking all the records, even those held by a GOAT and a King seemed Stewable. He didn’t beat their records, but second all-time in anything means his career can’t possibly be deemed a failure.

As for his potential to grow the sport, yes, James could have done more, but assuming this sport would be mainstream if James had played along to every PR request is just that—an assumption. There were missteps, but we will never know how much it would have mattered. With those words, though, “I’m retired” we can begin analyze it all.

Remember that blessing and curse thing from above? James Stewart was so good on a motorcycle that only one result seemed acceptable: winning. Always. Further, he played in a sport that leans toward dominance. It’s unrealistic for most athletes to win every game, every race, every title, but in dirt bikes we’ve literally seen this happen before. The same year Stewart turned pro, Carmichael went 24-0. McGrath had gone 14-1 in supercross eight years earlier. If someone had told you in 2005 that, within the next five years, James Stewart will log the first-ever 29-0 perfect season and sweep every race in supercross and motocross in a calendar year, would you have doubted it? Nope. Would you have predicted such things from any other racer? No chance.

While racing, Stewart had to keep that air of invincibility. He explained that sometimes it was why he simply needed to go away when he got hurt, instead of limp to the races and collect fifth place finishes. Even down to the end of his normal racing days (not the post-FIM suspension Stewart, that was much different) he was always a threat. Of all the incredible Stewart race wins, one really stands out to me. In the days before the FIM suspension announcement that ended his time as a race-winner, Stewart went 1-1 in the 450 Class at the High Point National. Right until the end, he was still a threat to win.

Yet, he didn’t win all the time. And with his potential, talent, and speed, it led to inevitable questions whenever he didn’t. “Why not?” “What happened?” James carried reps like “Fastest Man on the Planet” and “Crash or Win” like a shield. For a normal athlete, that would be his brand. For James, it was even more encompassing than that. It always seemed like he wanted it that way.

Now that he’s finally retired and no longer has to carry that cloak, he can admit it was tough on him.

“I hated every part about racing,” he said in part two of his video interview series, talking about the pressure of having to win all the time. “When you’ve been a certain way, it’s hard to just change in one year. The fear part of me was always me… caring. When you care about something, you care about failing. You care about losing. I’ve said it one time: I was so afraid to lose I scared myself to win. Again, imagine how most people feel when they go on the gate. Then times [multiply] that by ‘You have no other choice but to win.’ When you get second place it’s like, ‘What happened?’ I heard that in my inner circle and the people around me. You couldn’t help it, that’s what everyone thought. If they’re thinking that way, imagine how I’m thinking! So on the gate, it’s the truth. I don’t want to lose. I don’t want to get third place because if I do, they’re not gonna be like, ‘Hey, man you got third place!’ They’re gonna be like ‘You got third place. What happened?’ Doing that my whole life, you get into a routine. I expected to win. It’s nobody’s fault by my own. That’s what made me who I am.”

Further, James explained that he doesn’t even like going to his Florida riding compound anymore, because, “It smells like work, to me.”

The compound packs all the memories of having to be spectacular every day. It’s too much to bear anymore.

“I do enjoy riding, I don’t enjoy racing, I don’t enjoy having to win,” he said. “I don’t enjoy people thinking that I have to be spectacular. When I stopped training, I wanted to get fat! I wanted people to see me fat and get over the sense of… yeah I’m fat! It is what it is. That’s cool and I’m comfortable with that. I think the same thing goes for anything. Once people understand that I’m James Stewart the father… once you accept that and I accept that, then everything is good.”

So there. It’s over. James can breathe, relax, be a dad, be a regular guy. It took years, but James Stewart finally put James Stewart the racer into the past. Now we can start looking back on how amazing he was, and James can look ahead to what’s next. It’s about damned time.