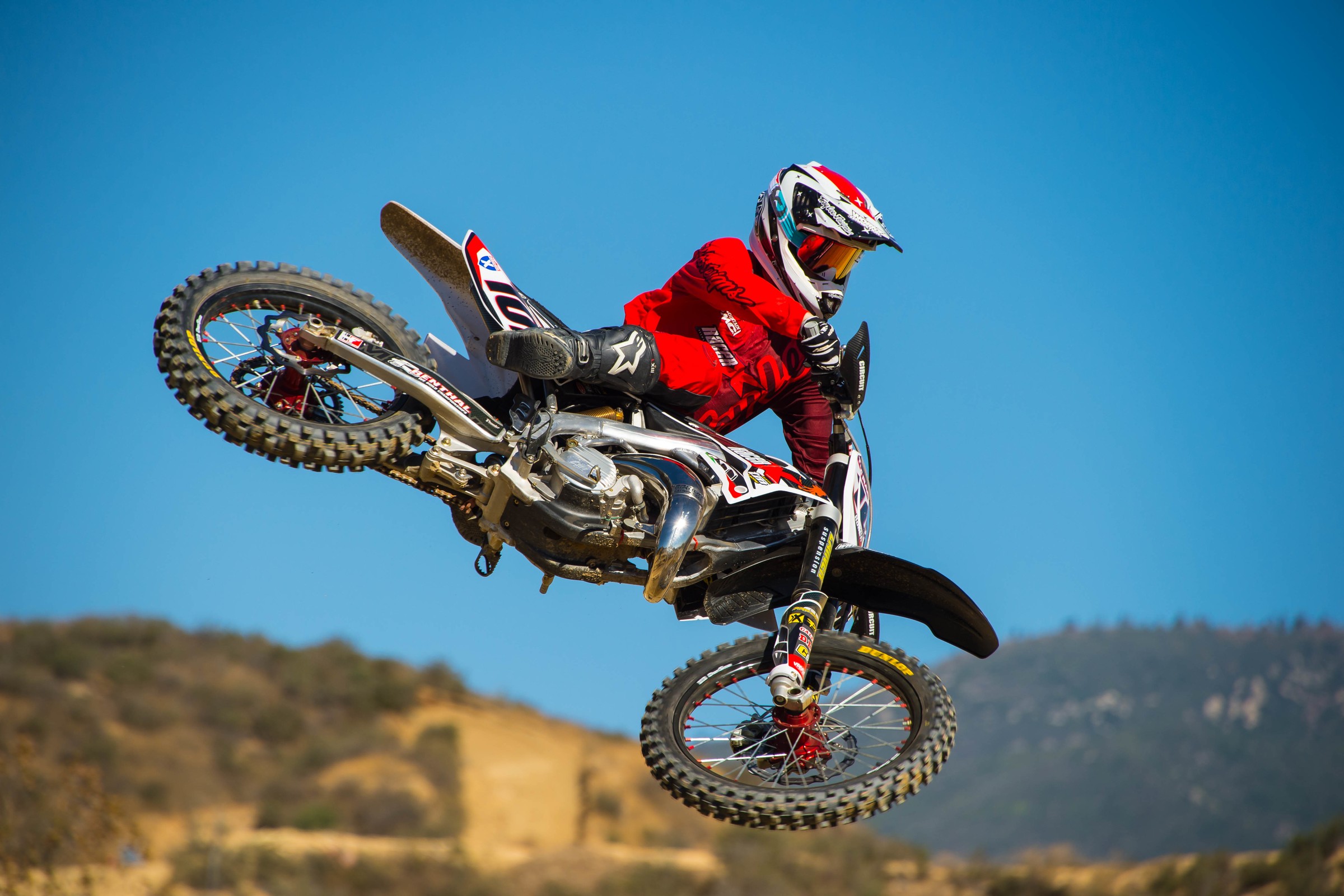 Why do so many Japanese manufactures have a reluctance to add new two-strokes to their lineup, specifically in the woods and enduro section? It seems as though if we want a good option that won’t cost us our kid’s college fund then we are stuck to converted MX bikes or the Yamaha YZ250X which can’t really compete with euro bikes as it is lacking a hydraulic clutch and electric start. And it seems as though we won’t get a new two-stroke any time soon in the MX sector either as the Japanese manufacturers seem to be focused elsewhere. So, my question is this, why do the manufacturers from Japan avoid adding two-strokes to their lineup when they are so called for?

I don’t have an answer for you that comes straight from Japan. I’ve talked with Chris Wheeler at Suzuki about them offering a 125 or 250 again and he is all about it. In fact, two years ago they took some one-off two-strokes back to Loretta Lynn’s to gauge interest in the machines; as you can imagine people were losing their minds. Despite that, and support from Stefan Everts (back when he was with Suzuki) about bringing back a 125, nothing has come of it.

I think the hesitation with all the Japanese manufacturers is that they don’t want to move backwards. At this point, electric seems to be where things are headed and my guess is that they would rather focus development energy and dollars in that direction. You want a competitive off-road two-stroke? Buy a KTM or a Husqvarna.

Do you think KTM's racing effort is hurting the sport at all? I think they're taking the individuality of MX/SX out of the sport. Too many top riders are used for team tactics and it seems like the racing has been affected.

I'm really bummed to hear they're no longer allowing their riders to practice at public tracks. I've been watching the world's best pound laps on practice days for years. Now I'm hearing they'll be behind a gate somewhere inaccessible to the average Joe. Don't you think the tracks could create a time for pros only on practice days? Does it have to be so top secret? Of course, the safety of the riders should be addressed but it doesn't have to be so drastic. I'm not sure I like KTM and Aldon Baker anymore. Congratulations to Cooper Webb. I love that kid. I just wish his bike was green or red to silence the moto snobs.

Thanks for your insight,
Fast 40+

Uh, no, I don’t think KTM is hurting the sport. Team tactics are not limited to Austrian brands… “Let Broc Bye” ring any bells? What about Joey Savatgy inexplicably pulling over for Eli Tomac at the Monster Energy Cup? This has been going on forever and as long there are multiple riders on each team it will continue to happen.

As far as the practice track thing is concerned, you have to see it from their perspective. They pay millions of dollars in a season to pay the best riders and race to win. Last year two of their top riders were hurt practicing at local tracks on practice days by amateur riders. While some tracks in southern California are designating certain days and times for pros, it isn’t every day. I applaud KTM/Husky for continuing to raise the bar and professionalism in the sport. If you had that large of an investment, you’d want to protect it too. Don’t hate them… respect them.

Your thoughts on why certain riders, I believe factory riders, get two 20-minute practice sessions for "press day" and the privateers get five-minute free/ten-minute timed on race day to lay down the fastest lap of their life? Aint nobody laying down that lap in second timed qualifying. You know the whole factory vs privateer story...why do they kick the privateers in the sack when they're already down? Sooo make some calls and get that taken care of. If you come to southern Florida and want to ride hit me up.

I know everybody likes to glorify the plight of the privateer, but this isn’t a safe space where everybody deserves the same treatment and gets a participation ribbon. From the very beginning of this sport, privateers have had to prove themselves worthy of a factory ride. Those who have the talent and the work ethic turn the dream into reality and those who don’t, well, they eventually quit and find a line of work better suited to them. I spent two years on the road as a privateer trying to get results good enough to get me on a good team, and it eventually worked; that’s the way it goes.

You know why factory riders get invited to press day? Because those are the people that fans want to see. And press day isn’t all the top riders burning laps until they have the track totally dialed in. Press day is usually one or two lanes that the riders have to loop for ten or 15 minutes for local cameras. This requires them to fly in a day early and often times get up early to be at the track; it isn’t the advantage that you make it out to be. Privateers have more opportunity now than they ever have before and often participate in press days. So, let's calm down a bit.