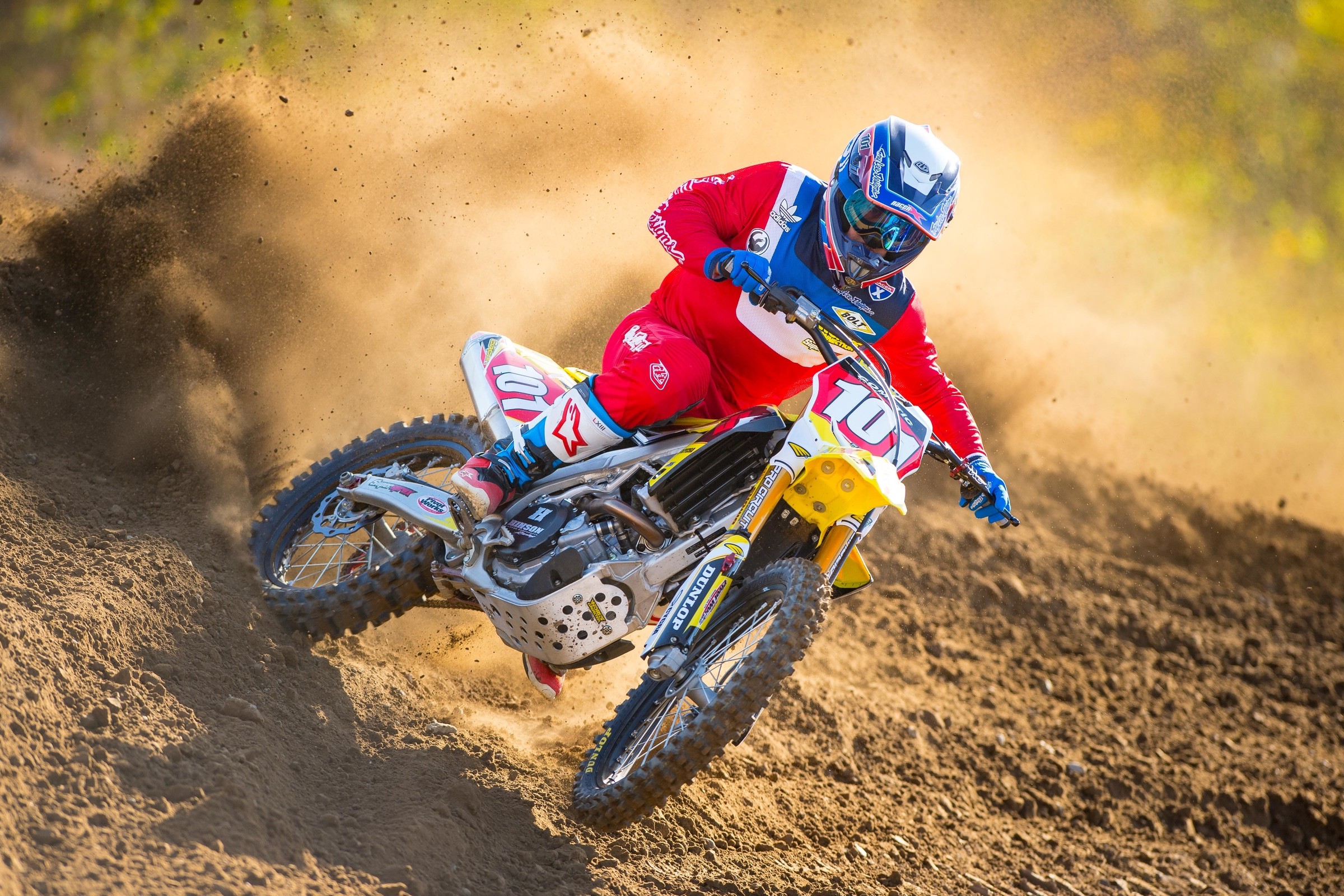 Thank you for your sharing your wisdom of the sport.  Love the whiskey throttle show… ground breaking!

The first bike I raced was a 1985 KX125. Had a rear drum brake, ha… big changes since then. Just daydreaming of what a 2025 motocross machine might look like, considering how great motocross bikes have become. What could possibly be left for the manufacturers to invent that would make the bikes significantly better? Are motocross bikes at their peak? How about a ketchup dispenser out the left handle grip?

Thanks for watching the show! I had a 1985 KX60, so I’m feeling the nostalgia here. I can’t say I’d use a ketchup dispenser but I get your point: What could possibly improve from here? Pneumatic valves, ala F1 technology? I have to imagine the cost to build those would be impractical. I honestly don’t know how much further we can go without inflating costs further. Honda made a statement several years ago that we had reached a tipping point in cost and anything over the price at that time was going to severely deter the sale of new bikes. This year they introduced the WE model for more money, so who knows?

There are still handling improvements, mapping refinements, weight reduction, and ergonomic improvements that can be made, but they are subtle. The next big leap will come with an electrical plug-in, like it or not. For further proof of this, see the pageantry involved in Honda’s unveiling of their electric bike a couple weeks ago. The only question is whether they will replace combustion engines or simply create another avenue to enjoy two wheels? I don’t have a clue on that one.

I do have a question for the tree-huggers and their legislation that dealt a coup de grace to two-strokes years ago: How exactly is electric “cleaner” than fossil fuels? Where does the electricity come from? Diesel generators and coal plants largely, I imagine. And what happens to all those Prius batteries when they reach the end of their life cycle? Those have to rank right up there with nuclear waste products in terms of ecological threat. The batteries that will power all these electric cars and bikes will end up in a landfill somewhere and poison our water tables more than anything being produced now. If you know something I don’t, please share respectfully on the comments below. And I’m not crapping on the electric movement either. In fact, I wrote a story about the first electric dirt bike years ago that we just re-posted, and I’ve been a fan since then. I think that backyard tracks and indoor facilities could be massive, especially for those living in cold areas. You don’t have to worry about noise or exhaust so you can build a sweet indoor track and have music playing and people hanging out while riders do their thing year-round; that could be amazing! I wonder if the guys from Pole Position would test those waters?

I have a compliment, observation, rant, question and suggestion.

Complement: I really enjoy the Whiskey Throttle Show… You and Grant are the best.

Observation: I’ve watched supercross since the early '80s (yes, I’m an old fart) and it’s amazing how it’s evolved into what it is today. Just the logistics are mind boggling, trucking in all the equipment and dirt, building the track, etc. When you guys had Ben Townley on the show you talked about simplifying the tracks. It seems like it’s been a topic of conversation a lot lately and not just on your show.

Rant: Some of the obstacles seem ridiculous: the sand traps, the wall of dirt in the middle of straightaways, the whoop sections that seem to get bigger at every race. I know these obstacles are to separate the men from the boys, but at what cost?

Question: Excluding Daytona who is in charge of designing the stadium tracks? Former racers? The promoter? Dirt Wurx? A sadists? Do current racers have any input as to how the track should be built? Are there adjustments made to the track after it’s built and some of the first riders ride the track?

Suggestion: Like the Triple Crown events maybe they should have one “retro” race where the track is tamer and similar to a track from the '80s (or maybe '90s), and see what happens. Ben mentioned that only a hand full of pros can ride a 450 to its potential, I totally agree with that. Maybe reduced the size of the motor so moving up from the 250 class isn’t such a big adjustment. Maybe you wouldn’t have so many 250 riders “sandbagging” to stay in the 250s and fewer season ending injuries.

Glad you’re enjoying the show as much as we are! I agree with your observation and I’ll add this about your rant: We need more of the technical obstacles. The technicality of an obstacle isn’t what hurts riders, it’s the speed. In traumatic incidents, morbidity and mortality rates climb exponentially the higher the rate of speed. Yes, it hurts falling from 10 or 15 feet in the air. But it hurts way worse at forty miles per hour than it does at 15. So, bigger whoops right out of a turn, walls, steeper obstacles and sand all keep speeds down and keep riders safer. Granted, that isn’t a simple mathematical equation in SX/MX; some of the worst injuries happen at low speeds but have the worst possible impact point. Jimmy Button and Ernesto Fonseca both crashed in very low-speed sections, but they hit head-first. But there is statistical evidence in motor vehicle accidents and other action sports realms that suggest higher speeds equal greater injuries.

Dirt Wurx comes up with the track design and those get approved by Feld prior to the season. There might be some sections that could be fixed on paper but often times it’s after they’re built or ridden on that changes need to be made. Riders and managers can complain to the track crew or Feld about sections and they can potentially change things. But there needs to be more interaction between the riders and track builders, in my opinion.

I love the idea of a retro track here and there. Pick the best three races from different seasons and re-create those tracks. Not only could they potentially build a track that produces great racing again, but they could tie in the race from the past by showing highlight clips from that year; it’s a brilliant idea.

Thanks for the thoughts and suggestions.

As supercross winds down and I start getting ready for outdoors, I realize how I look forward to taking naps while watching the race on TV.  I don't feel nearly as engaged because the race is so long, with little passing, and dudes pacing themselves to go 35 minutes.

Here's my idea. Triple crown format with 10 min plus one motos.

Dudes will lay it down, right? Or one 10-minute race, whatever effectively shortens these things.

Hey, man, I think the Arizona heat has melted your brain like an Otter Pop on the sidewalk in July. I’m okay with trying new formats and gimmicks in supercross because it’s an offshoot of the sport itself. But motocross was meant to be long, hot, rough, brutal motos where endurance is a part of the game. I’m sorry your ADD is driving you to sleep while the sport’s best lay it all on the line on Saturday afternoon, but maybe you need to go watch one in person to really appreciate it.

You think they’re pacing themselves?? The guys in the back do that because they aren’t fit enough to go flat-out for 35 minutes (been there), but the bros at the pointy end are twisting the throttle as hard as they can for the entire time. Drive over for the Pala national and see for yourself… you’ll stay awake when you’re on the fence getting hit with Eli’s roost.