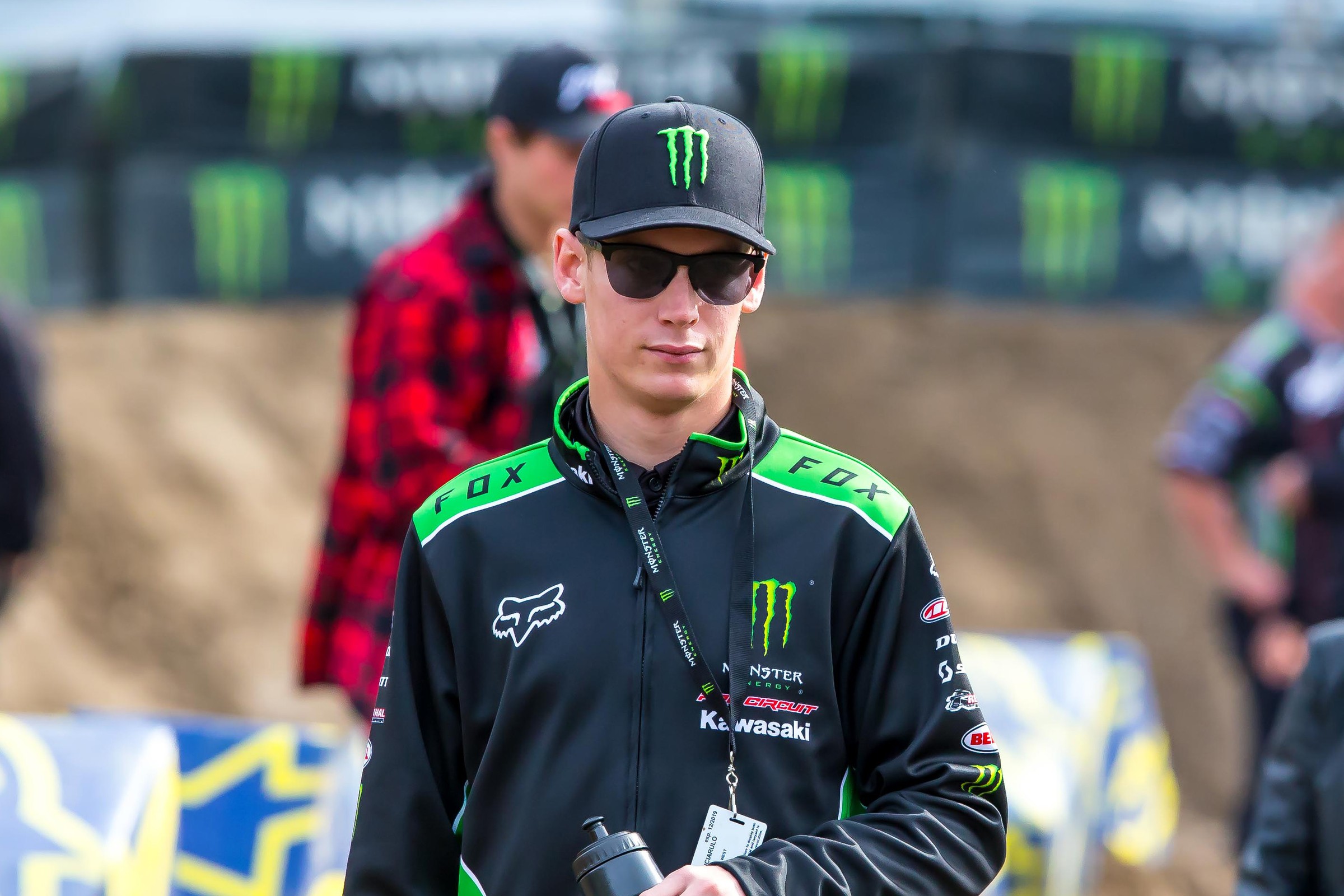 To say things didn’t go well for Adam Cianciarulo in Houston would be like saying Cooper Webb is having a decent season. Cianciarulo found all kinds of trouble in the last 250SX West Region race and was down in the dirt multiple times. To make matters worse, his title rival, Dylan Ferrandis, won the race, cutting Cianciarulo’s 12-point lead down to just five with a pair of 250SX West races left. That means that if Ferrandis wins the last two races he wins the title regardless of where Cianciarulo finishes. Obviously, a win in Denver would be huge for either rider and would be pivotal for the championship. –Aaron Hansel

After watching Marvin Musquin stage a brief late-season surge, Eli Tomac finally took his spot in victory lane back last weekend in Nashville. Musquin, on the other hand, got a little taste of what Tomac’s been dealing with in the last few races and thanks to crashing, ended up sixth. That puts Tomac and Musquin in a tie for second with 288 points each—21 down of Webb. While neither rider is racing for second, being in third is even less desirable. We’ll see which one of them owns the spot after Denver, and if either one can make up any points on Webb. –Hansel

For the second week in a row the riders of Monster Energy AMA Supercross will line up in a brand-new location, this time in Broncos Stadium at Mile High in Denver, Colorado. In Nashville, the riders were greeted with a hard, rocky track that took some getting used to. What will it be in Denver? We saw snow in the stadium during the week, but our Jason Weigandt reported that is no longer the case. Will it be hard and rocky again, or will it be soft and break down, creating a racing surface that’s technical and treacherous? Will it be sticky with more traction than an orthopedic ward? We’ll find out when the series hits Denver this weekend. -Hansel

The track in Denver looks slightly different from the other day. ? @jasonweigandt

Okay, so you’re probably not paying ultra-close attention to the battle for sixth in the 250SX West, especially with such an intriguing situation playing out up front between Cianciarulo and Ferrandis, but damnit, you should be! Jimmy Decotis, Chris Blose, Cameron McAdoo, and Michael Mosiman are all separated by just two points. Depending on how things play out, Mosiman could gain three positions in a single race, while Decotis could potentially drop three spots! That’s a big deal, especially this late in the season. Plus, with fifth-place Shane McElrath out, the top finisher in this four-way smash up will more than likely end up in fifth! All these guys want it bad; expect them to be going for it in Denver. –Hansel

Everyone loves a feel-good story, and Dean Wilson, who started the season as a privateer, sure is doing a good job of authoring one right now. The Rockstar Energy Husqvarna Factory Racing rider has been absolutely surging lately! He’s shown sizzling speed in qualifying (he was fastest overall in Seattle), won a heat race in Indianapolis, found the podium with a third place in Houston, and followed it up with a nice fourth in Nashville. With guys like Tomac, Musquin, Webb, and Ken Roczen to contend with getting a win would be a tall order, but with the speed Wilson’s been showing lately another podium finish wouldn’t be a shocker. -Hansel

Who Let the Dog Out?

We learned earlier this week that Gared “Stank Dog” Steinke will race the final two rounds of 250SX West Region with the Rockwell Racing Yamaha team. Mitchell Harrison left the team to race the FIM Motocross World Championship with Bud Racing Kawasaki, leaving Bradley Lionnett as the team’s lone rider. Steinke, who most recently raced in Amsoil Arenacross, has been out all season due to injuries. How will the #726 do this weekend? -Mitch Kendra

Monster Energy Kawasaki’s Joey Savatgy was in the early stages of putting together another solid race during his first season in the premier class but had a tip-over on the fourth lap of the Nashville main event while in second place. The crash not only ruined Savatgy’s podium chances but ended his night. Our Steve Matthes reported after the race that Savatgy suffered a dislocated shoulder, but he plans on racing this weekend. We’ll see how much the shoulder bothers him in Denver. -Kendra

Honda HRC’s Ken Roczen has yet to find a win this season and was super fast in Nashville prior running into the back of Savatgy’s tipped over KX450. “Honestly, nothing surprises me anymore,” Roczen wrote on Instagram. Will the motocross gods FINALLY let up on their torture and let the #94 get the top spot of the podium? -Kendra

The Cat is Back

Privateer AJ Catanzaro suffered several broken ribs, a punctured lung, and fractured scapula in Houston but plans on racing in Denver. Catanzaro posted a video of a cycling workout he did earlier in the week, and he said the weekend might not go as he plans, but either way, he’s going to give it a go. -Kendra

Although a tough night in Houston’s Triple Crown resulted in a 12th overall in 250SX West, Mosiman is on the verge of taking the next step. He has the speed and durability to go the distance for an entire main, as his career-best fourth-place at Seattle showed. Points aren’t easy to come by, but the second-year rider has progressed this season more than the results show, and he could be someone who takes advantage of a late-season push to finish higher in the standings. -Kendra