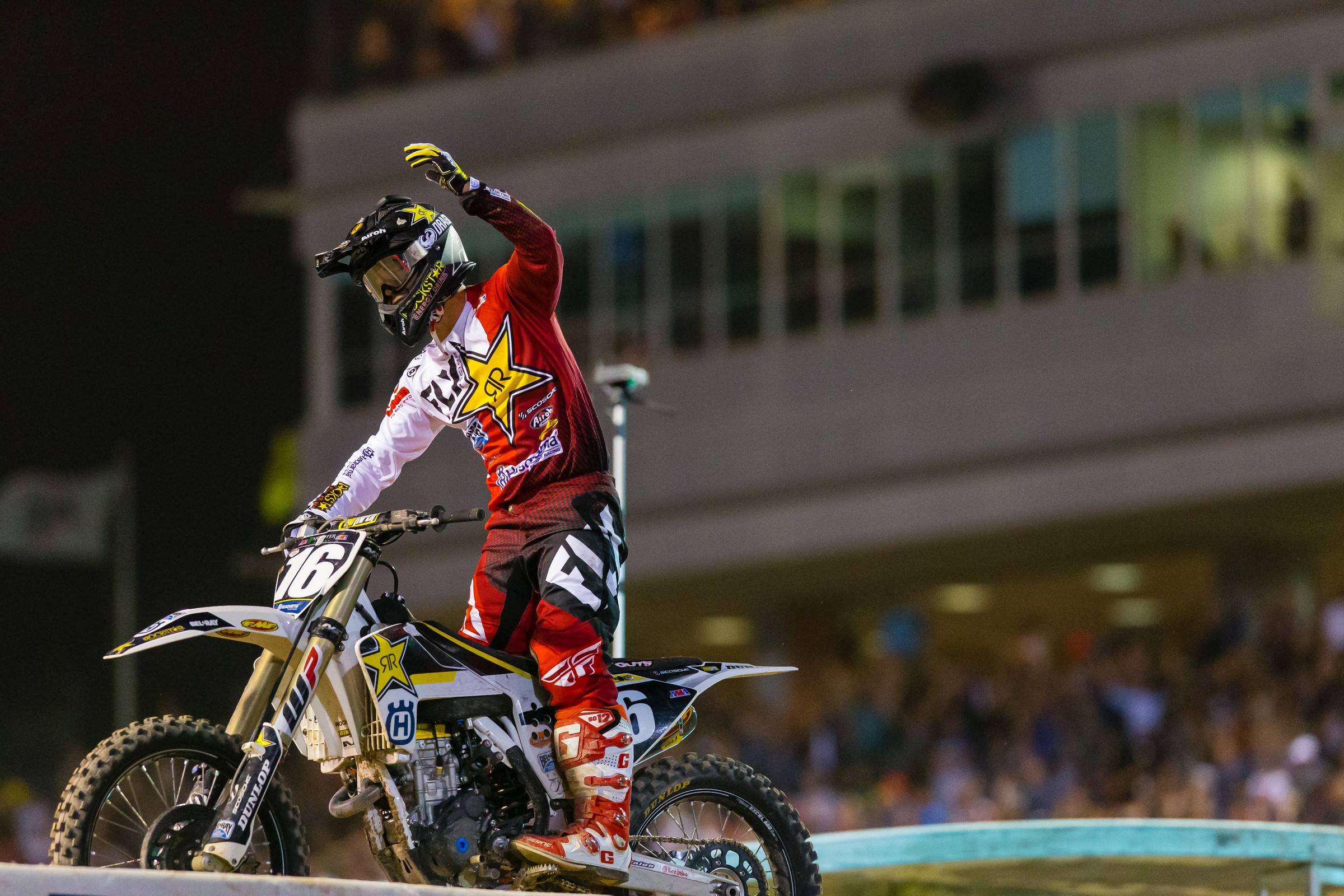 We recently wrote about championship-leading riders that missed races and we will now have to add Monster Energy/Pro Circuit Kawasaki’s Austin Forkner to that list. When Forkner went down in the whoop section in qualifying during the Nashville Supercross and was unable to race in the night show, the window of opportunity opened for GEICO Honda’s Chase Sexton and Monster Energy/Yamalube/Star Racing Yamaha’s Justin Cooper, who sat second and third in points, respectively.

Well, we know what happened next: Cooper and Sexton went down on the first lap, and Forkner’s teammate Martin Davalos held on for his first victory since April 23, 2016. At the time of posting, Forkner is day to day with his knee injury and his status for the remainder of the supercross is unknown. What we do know is that his lead, which was 26 points going in to Nashville, is down to three points—Forkner has 151 points, Sexton has 148, and Cooper has 144.

With the tight gap now in both regions, we decided to take a look at the closest 250SX championships since the year 1999. Yup, we even had one come down to a tie!

You surely remember some of these more recent finales, like the famous Zach Osborne/Joey Savatgy dust up from 2017, which also included a crash-out from points-leader Jordon Smith, and nearly left the fourth-place rider, Adam Cianciarulo, with the title when all the smoke cleared.

There's also the year Pingree nearly won it. But we digress. Enjoy The List!

*Langston won the title after breaking the wins tie-breaker, 3-2.