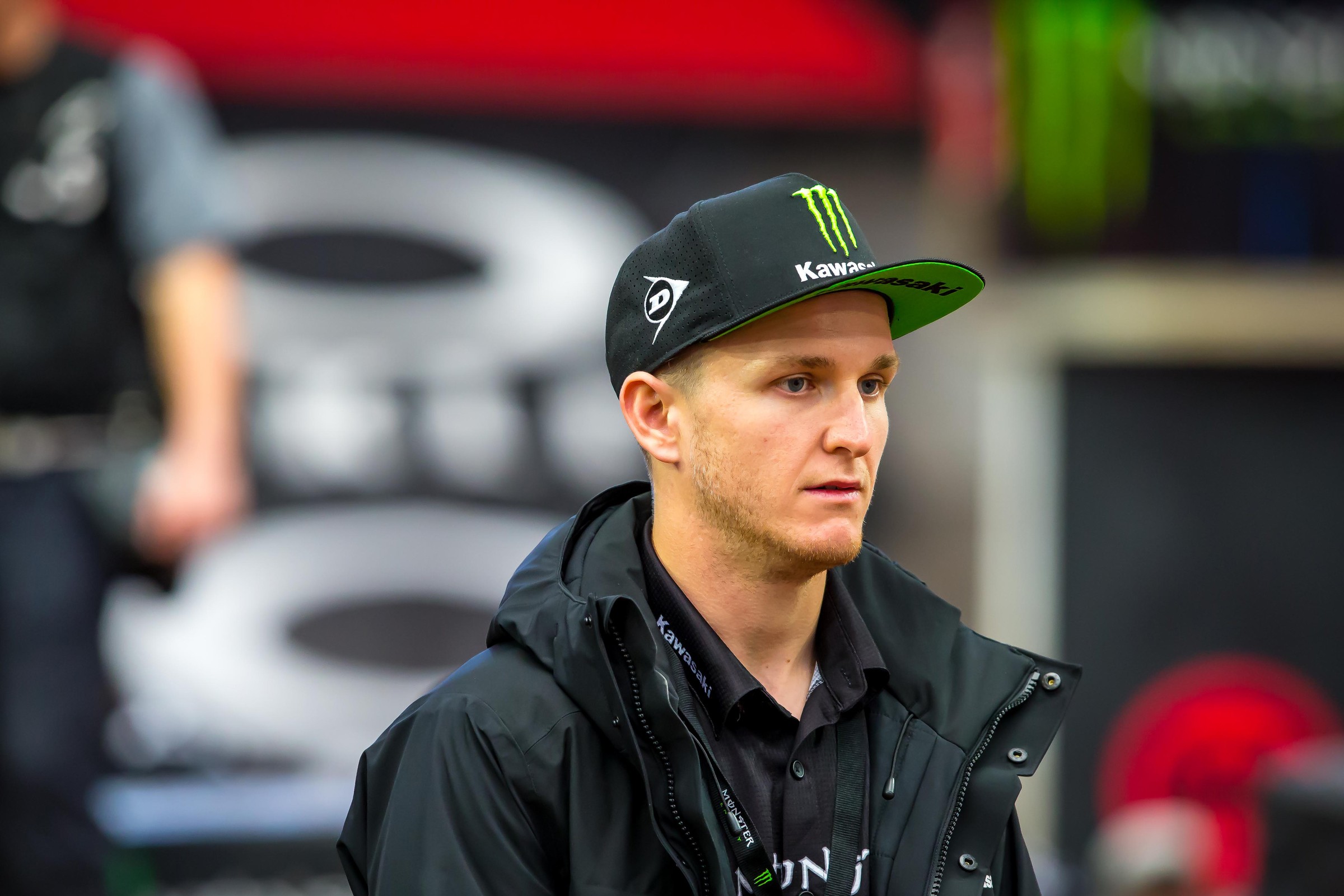 Ever get the urge to help out injured athletes but don’t know how? Head over to Road2Recovery.com, where you can donate money not only to many of the athletes in this report, but also to injured behind-the-scenes industry folks who help keep the sport going week in and week out.

Comment: Anderson is back on the bike and preparing for the Lucas Oil AMA Pro Motocross Championship after breaking his arm and ribs, lacerating his liver, sustaining a partially collapsed lung, and injuring his back early in the supercross season.

Comment: Barcia crashed in Houston and hurt an already injured shoulder. He raced in Nashville but his night ended with a DNF. Barcia has since opted to sit out the rest of the series in order to be ready for the Lucas Oil AMA Pro Motocross Championship.

Comment: Brayton tore his MCL and strained his ACL in Seattle. He’s out for Denver.

Comment: Catanzaro broke his ribs, punctured a lung, and fractured his scapula in Houston. He plans on giving it a go in Denver but realizes it may not work out. Earlier in the week he told us, “There’s a very real possibility I may do a lap and realize that I can’t ride. We’ll see.”

Comment: Enticknap will miss the rest of supercross after breaking his sacrum and L5 vertebrae in Nashville. He had surgery this week to have some hardware installed on his sacrum and pelvis.

Comment: Friese tore his ACL in Arlington and is out for the remainder of supercross. Mike Alessi has been filling in for him.

Comment: Hill came up short on a jump during qualifying and tried to give it a go in the main event but couldn’t finish the race. The JGR/Yoshimura Suzuki Factory Racing team said he is in for Denver.

Comment: Peick is back training and riding his road bike after sustaining serious injuries at the Paris supercross. As of now he’s waiting on his eye to heal more before he can resume riding.

Comment: Reed sustained eight broken ribs, a broken scapula, and a collapsed lung in Seattle. Reed mentioned on Instagram he’d like to try to make it back to race Las Vegas, although nothing is official at the moment.

Comment: Savatgy crashed in Nashville and wasn’t able to finish the race. Later, our own Steve Matthes reported Savatgy had sustained a dislocated shoulder. Despite the injury, Savatgy still plans on racing in Denver.

Comment: Stewart had a bad crash with Enticknap in Nashville. He sustained a concussion and will miss Denver, although he hopes he’s able to return for his home round in East Rutherford.

Comment: Tedder is back on the bike and may make it back for Las Vegas. If that doesn’t happen he should be back for the Lucas AMA Oil Pro Motocross Championship.

Comment: Ames will miss all of supercross with a compound fracture to his left radius and ulna.

Comment: Craig is planning on being back for the final two 250SX East Region races after sitting most of the season out with a thumb injury.

Comment: Crown had hoped to be back for Nashville after dislocating his ankle after Atlanta but a back injury, suffered while preparing for Nashville, will keep him out of racing for the rest of supercross.

Comment: Forkner had a bad crash in practice last week in Nashville and sustained a knee injury. He tried to ride in the final qualifying session of the day but was in too much pain to proceed. The latest from the team is that Forkner is “day-to-day,” and there is no official word on whether he’ll be able to race when the 250SX East Region resumes in East Rutherford on April 27.

Comment: Lopes popped his shoulder out of place and sprained his wrist in Houston. He rode today [Thursday] and made the decision on Denver afterward.

Comment: McElrath has reportedly been dealing with nerve pain in his back since press day in Atlanta. It got worse in Seattle and McElrath had to pull out of the night show. He hasn’t raced since and it’s unlikely we’ll see him return before the season ends. In the meantime he’s been filling his time dreaming about hitting whoops in Washougal.

Comment: Pettis crashed while practicing in February and suffered a broken collarbone, a partially collapsed lung, and a minor concussion. He underwent surgery on his collarbone and is back on the bike preparing for the Canadian Nationals.

Comment: Smith is out for the rest of supercross after injuring his wrist early in the season.