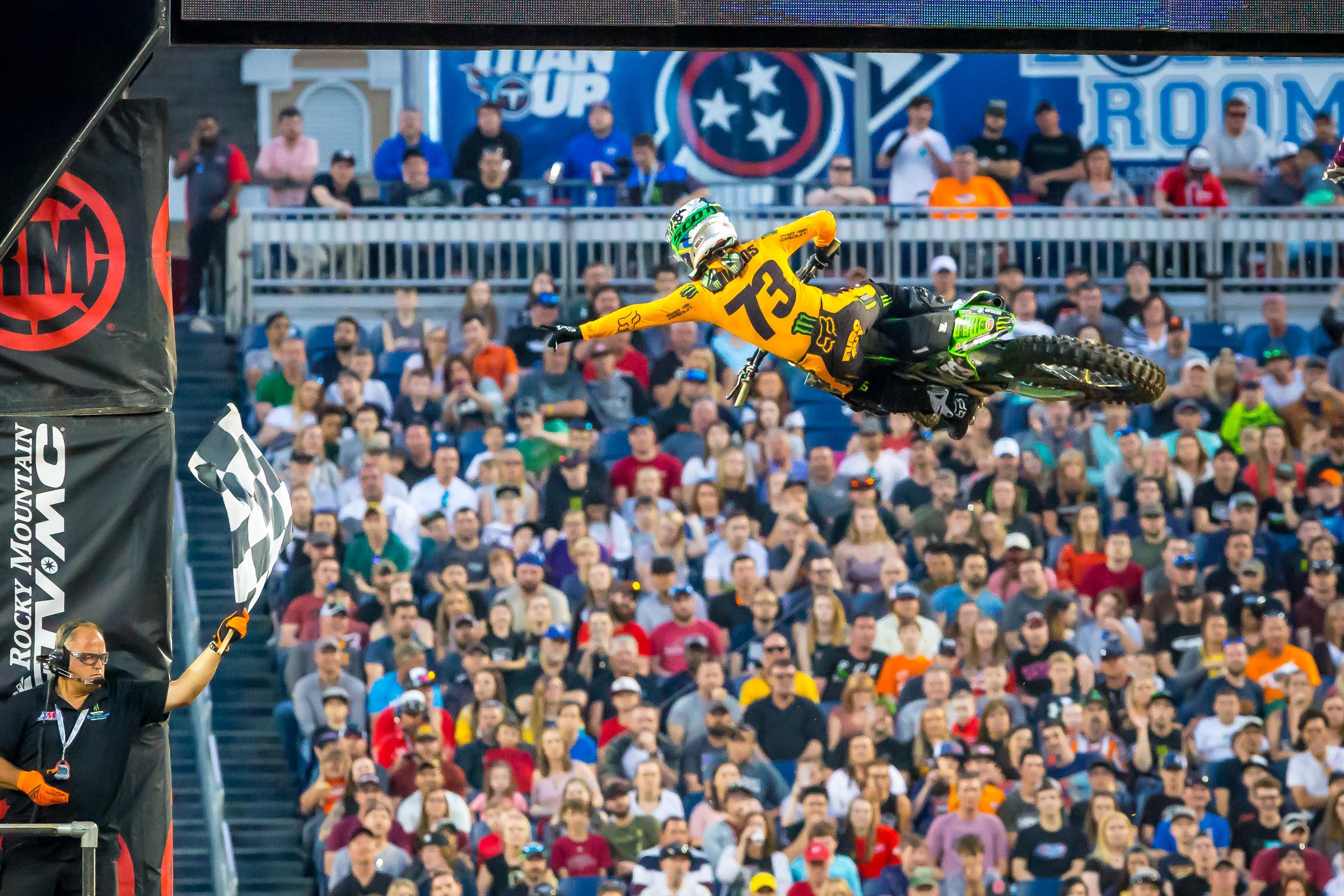 This year, Marty just wasn’t Marty. His trademark speed was gone, and the Ecuadorian was fading badly late in the races. After finishes of 16-5-5-8-10-5, rumors began to surface.

Had time finally caught up to the 32-year-old? Was Marty done? Might he retire? Davalos never went out of his way to dispel the rumors. It looked like this could be over.

The trouble actually dates back to last year. For certain, Marty was Marty in 2018. He was blazing fast in qualifying and his heat race at last year’s 250SX East Region opener in Arlington, but he got swallowed in a massive first-turn crash, which was not his fault. Super fast, super unlucky. That’s Marty being Marty.

The crash left Davalos battling neck and knee problems, and after grinding out a few races in pain, he ended his season early. He needed surgery to fix his ACL and MCL, and that took up most of his focus. Davalos’ neck was still in bad shape, but he didn’t realize that until he finally got back on the bike following knee surgery. By then the season was about to begin, and he still wasn’t sure what was wrong.

“It’s been tough, breaking my neck last year and then ACL and MCL reconstruction,” said Davalos following his win in Nashville. “I really didn’t think my neck would be an issue coming into the season, but the more I started riding, the more my arm was going numb, my wrist was locking up, it was just a terrible, terrible feeling. You prepare so well and you just can’t deliver—you can’t ride to your potential. It’s just frustrating. After Daytona I told Mitch [Payton, team manager] I needed to do something about it. I went to see a lot of doctors in California, and it turns out I have a brachial plexus edema in my neck.”

As defined by the Mayo Clinic, the brachial plexus is the network of nerves that sends signals from your spinal cord to your shoulder, arm, and hand. A brachial plexus injury occurs when these nerves are stretched, compressed, or in the most serious cases, ripped apart or torn away from the spinal cord.

“I took six months off from the knee, I started riding in October. Obviously I needed some seat time to get ready, and in December I told Mitch ‘I’m not ready yet, I just don’t feel there.’ I was struggling to put laps together. I was still thinking about my knee, and I try not to think about things when I race. You just want to go and race. But it kept getting worse and worse. Once the West Coast started, there was no explanation for me—I didn’t know my neck was doing that. I guess it’s just the past injury that really messed me up.”

“They [doctors] put me under last Friday,” he continued. “We’re just trying to calm it down—my trap is locked up, my arm is burning. I haven’t actually ridden supercross since Indianapolis, I did some outdoor testing, we’re trying to just keep it calm. I caught a break tonight, those guys went down, but what we did did help my neck a little bit. I need to work on my neck a little more, I want to be competitive.”

In Nashville, Davalos benefitted from Monster Energy/Yamalube/Star Racing Yamaha’s Justin Cooper taking out both GEICO Honda’s Chase Sexton and himself at the start of the 250SX main, but regardless of result, Davalos looked much better on the bike throughout the day and night. Hey, he was overdue for a little good luck, courtesy of the racing gods.

With the neck feeling better, his riding improving and a victory under his belt, will Marty reconsider his future? Well, if he wants to keep racing, he has some considering to do, because the victory puts him 20 points away from the 250SX career pointing out threshold with two races to go. Pointing out doesn’t matter, though, because Marty, now in his 14th season in the 250SX Class, will not come back to race small-bore bikes again. He doesn’t want to.

Martin Davalos is almost always fast—and he’s quickly getting back to that old level again. Despite that, a 450 team has never taken a chance on him. He’s now labeled his career as 450 or bust. It appears he’ll either be on a big bike next year, or he won’t be at the races anymore. Marty is willing to take a chance on himself. Is there a team willing to do the same?