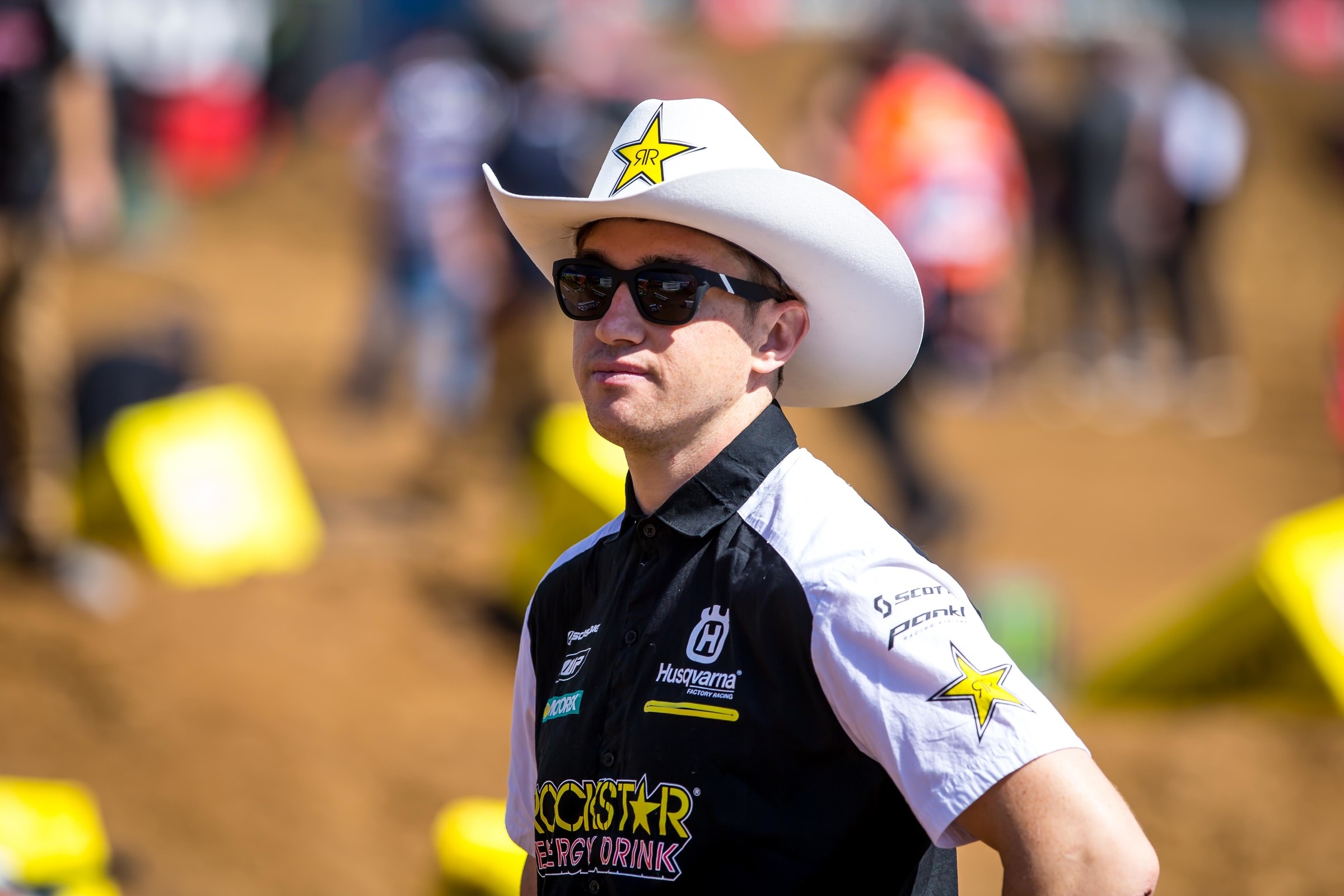 Redux News and Notes from Nashville

Wins on the season for Monster Energy Kawasaki's Eli Tomac following his victory in Nashville. Tomac’s four wins are second most in the class behind Cooper Webb who has six.

Podiums in 14 rounds for 450SX points leader Cooper Webb after his third place finish on Saturday.

Podiums on the season for Rocky Mountain ATV/MC-KTM-WPS' Blake Baggett after a second place finish on Saturday.

Runner-up finishes on the season for Baggett.

Straight 250SX East Region-only races won by Monster Energy/Pro Circuit Kawasaki after Martin Davalos picked up his first win of the season in Nashville. Austin Forkner has five wins on the season (neither Forkner nor Davalos won the East/West Showdown race in Atlanta, however that event was won by their teammate Adam Cianciarulo).

The last time Ryan Sipes scored a top ten in 250SX prior to Saturday night, where he finished eighth in just his second race in 2019. In that 2013 race, Sipes finished fifth in the 250SX West finale and seventh in the East/West Shootout. That marked his last regular stadium SX (he raced Daytona this year) until Saturday night in Nashville.

“I qualified third, so the speed was good today. In the heat race, I rode a bit tight and ended up fourth. In the main event, I got a good start and avoided some carnage early on and got into second. I got passed by a couple guys and from there I rode in a pretty solid fourth the whole race. Fourth is a good finish but the podium was so close, so I just have to keep pushing for that.”

“Progress is progress, even if it’s slow or small. I started off a little slow on the day but a third in the heat race and fifth in the main event definitely feels like we’re going in the right direction. I’ll keep plugging away and looking forward to outdoors.”

“Tonight was good but still not great. I’m still happy though. I was running really good for the first 14 minutes of the main event and then just got tired there toward the end. It’s kind of been the story of my season, unfortunately. I’ve been struggling with my fitness—more strength-wise than cardio. I’ve been working on it, but it’s hard to build during the season because you can’t work yourself so hard during the week then be flat on the weekends. It’s a fine line but I think I’m doing a good job in my routine. We’re just taking the positives away from tonight. I feel like I rode really well and rode with more confidence than I normally do when I line up.”

“I don’t even know what to say because nothing surprises me at this point. I feel like I just can’t catch a break. Things started out so great and I really felt like tonight could have been my night. Everything was flowing well in qualifying and I got another heat-race win. My bike was working great and I was having fun. I didn’t get the start that I wanted in the main event but was making passes quickly. Unfortunately, [Joey] Savatgy went down while I was right behind him and I hit his bike. There was nothing I could do; I had nowhere to go. By the time I got going again I was last, so I just tried to dig deep and do whatever I could to make up as many positions as possible. I’m not happy with eighth but it’s okay considering what happened. We’ve got a few more opportunities to make it happen, so on to Denver.”

“I was really vibing with the track this weekend, but I made a small miscalculation in a rhythm section. I rode the remainder of the night as best as I could, but I was in a lot of pain. It’s very disappointing because I liked the track a lot. The bike is working really well right now. I’m going to get my body checked out and take it from there.”

“The whole day was a lot better than previous rounds. I felt good in practice and qualifying. I was loose and comfortable right away and looked forward to a good night. The heat race came around, and where they prepped the track it was hard pack underneath and marbles on top. I washed the front end out and came back up to seventh. Once I saw Sexton and Cooper down, I knew it was time to go. I rushed it a bit and made some mistakes. I didn’t ride the race like I should have. I wasn’t hitting my breathing spots and tried too hard. Overall, it was a good night. It was awesome to have my family there, and the team was on it all day. We’re making progress, and we’ll get up there in New Jersey.”

“It was a bit of a frustrating night for me. Obviously going down the first lap and getting connected with Martin [Davalos] was really a bummer. But I got up, put my head down and charged as hard as I could and we came out with a sixth. I really struggled with the whoops tonight, so that’s something we can definitely work on this week to try and get better at. Will go back to the drawing board, put in some more work and hopefully get this thing going here with two more races.”

“The heat race was the highlight of my weekend. Nashville is a pretty cool city, but the racing was rough. We made some changes going into the night show and they didn’t work out like we had hoped. It was frustrating, but we’re going to rebound.”