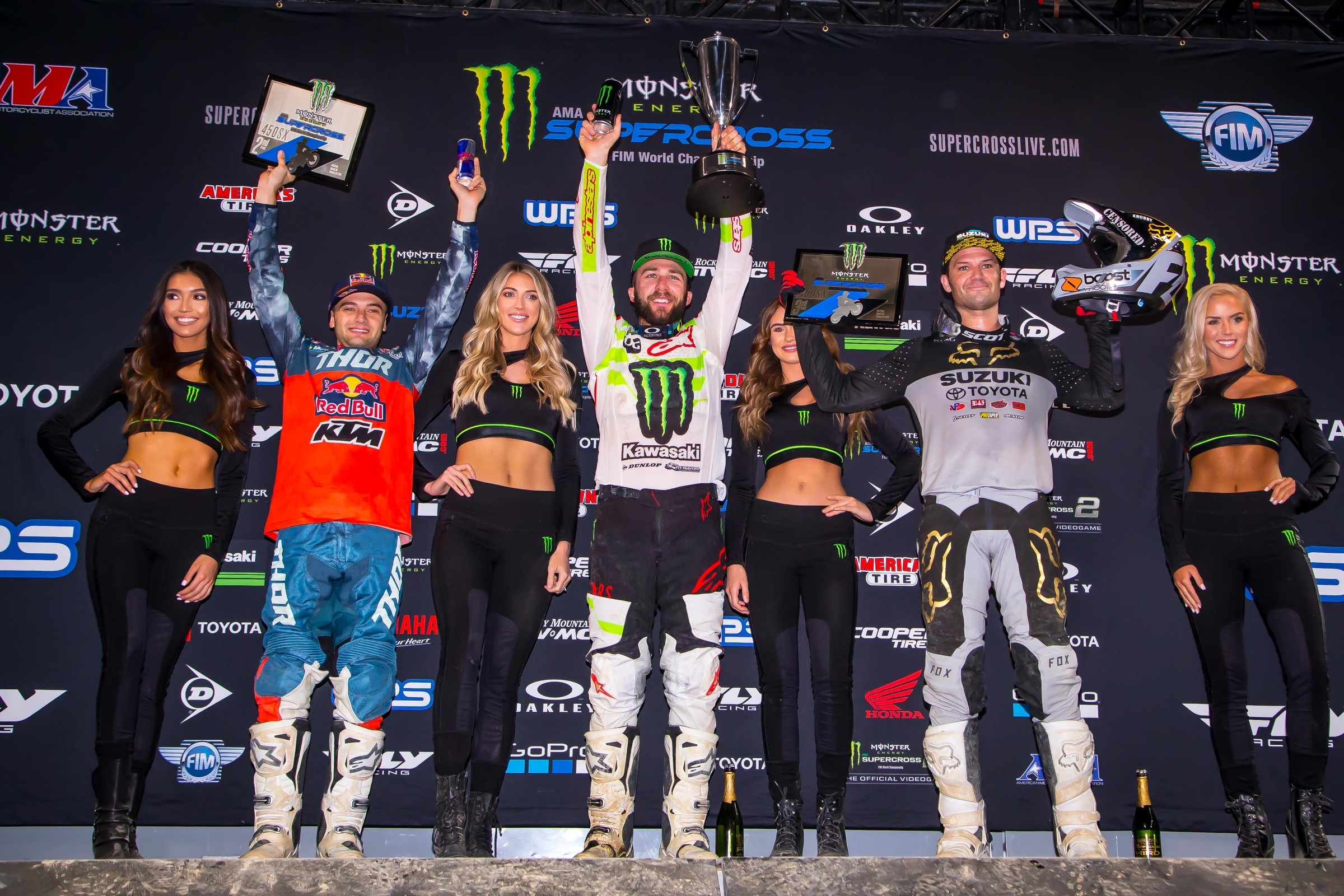 The Conversation Detroit 450 and 250 Podium

Another fantastic night of racing took place on Saturday at round eight of Monster Energy AMA Supercross in Detroit.

In the second Triple Crown event of the 2019 season, Monster Energy Kawasaki’s Eli Tomac bounced back in a giant way and took the overall via 1-1-6 finishes. Points leader Cooper Webb took the win in the third main event and finished second overall via 6-2-1 scores. JGR/Yoshimura Suzuki’s Chad Reed was an impressive third overall with 3-5-7 finishes.