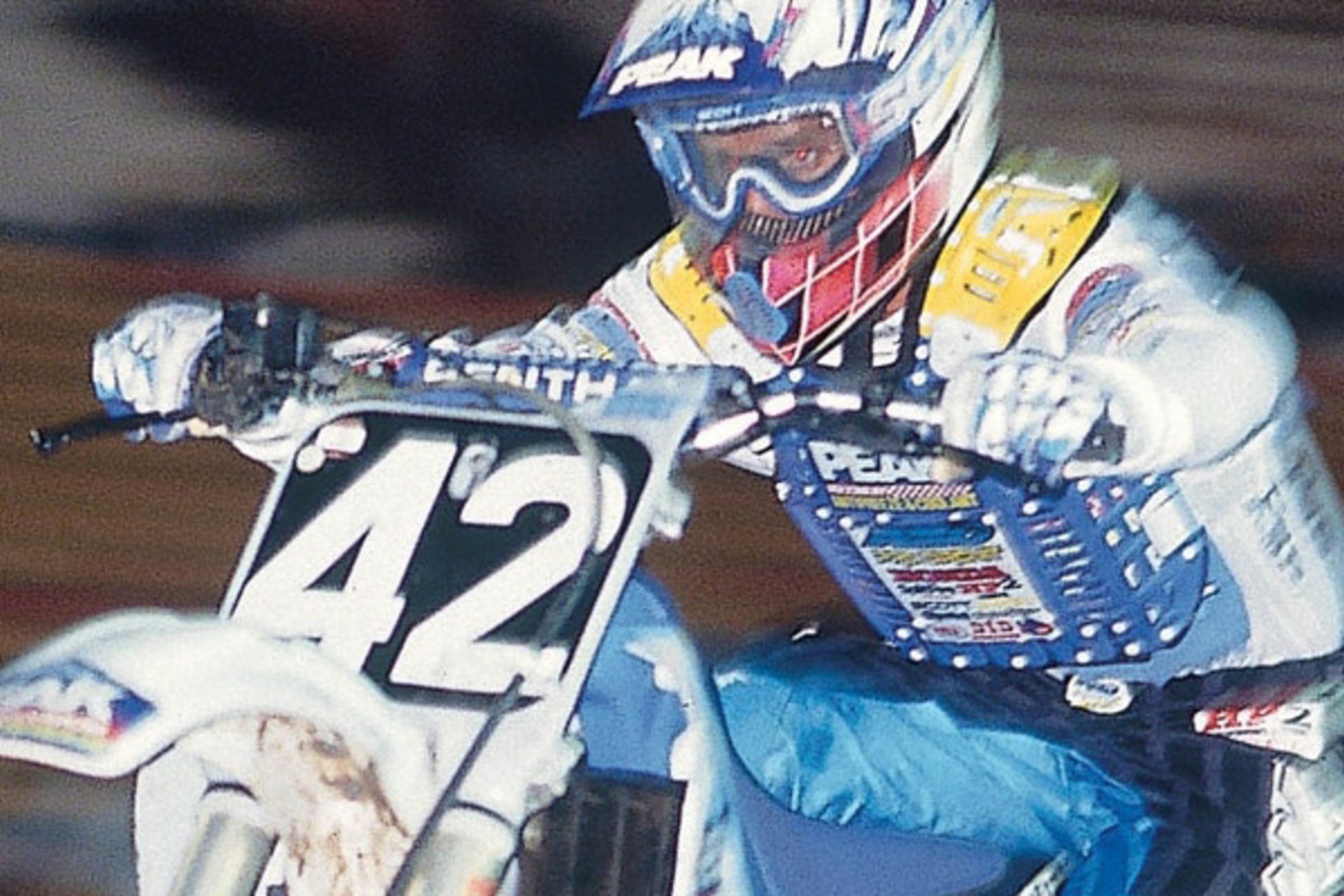 On This Day in Moto December 16

Today would have been Brian Swink's birthday. One of the all-time fastest 125cc supercross racers, as well as a multi-time AMA Amateur National champion, Florida Winter-AMA champion, World Mini GP champion, and NMA Grand National champion, Swink was one of the four fast prospects that Mitch Payton chose for the first PEAK/Pro Circuit Honda team in 1991, or what is now the Monster Energy/Pro Circuit Kawasaki team. Swink was slotted in the East Region, alongside Jeromy Buehl. In the West were a couple of kids named Jeremy McGrath and Steve Lamson. Swink ended up 125 East Region #1, McGrath #1 in the West. From there, Swink would go to Suzuki and repeat as champion, and then move up to the 250 class. That's where the momentum became too slow for Swink. Within a few years he was no longer a factory rider, and within a few more he was done racing. The second half of Sink's life did not go smoothly. He passed suddenly earlier this year. He would have been 46 today.

Tony DiStefano, the AMA's 250 National champion, lands on the cover of the December 16 Cycle News after winning three of the last four rounds of the 1975 Trans-AMA Championship Series and finishing third in the final rankings behind fellow Suzuki riders Roger DeCoster and Gerrit Wolsink.

Yoshimura Suzuki rider Blake Baggett crashed while practicing for the Anaheim supercross opener and suffered a broken collarbone. The injury kept Baggett out of the first three rounds of the 2016 Monster Energy AMA Supercross Championship. He would return for the Oakland round on January 30, 2016.

Kawasaki Team Green rider Brian Swink appears on the cover of the December 16, 1987, Cycle News, after a standout performance at the Winter Olympics at Gatorback Cycle Park in Gainesville, Florida.