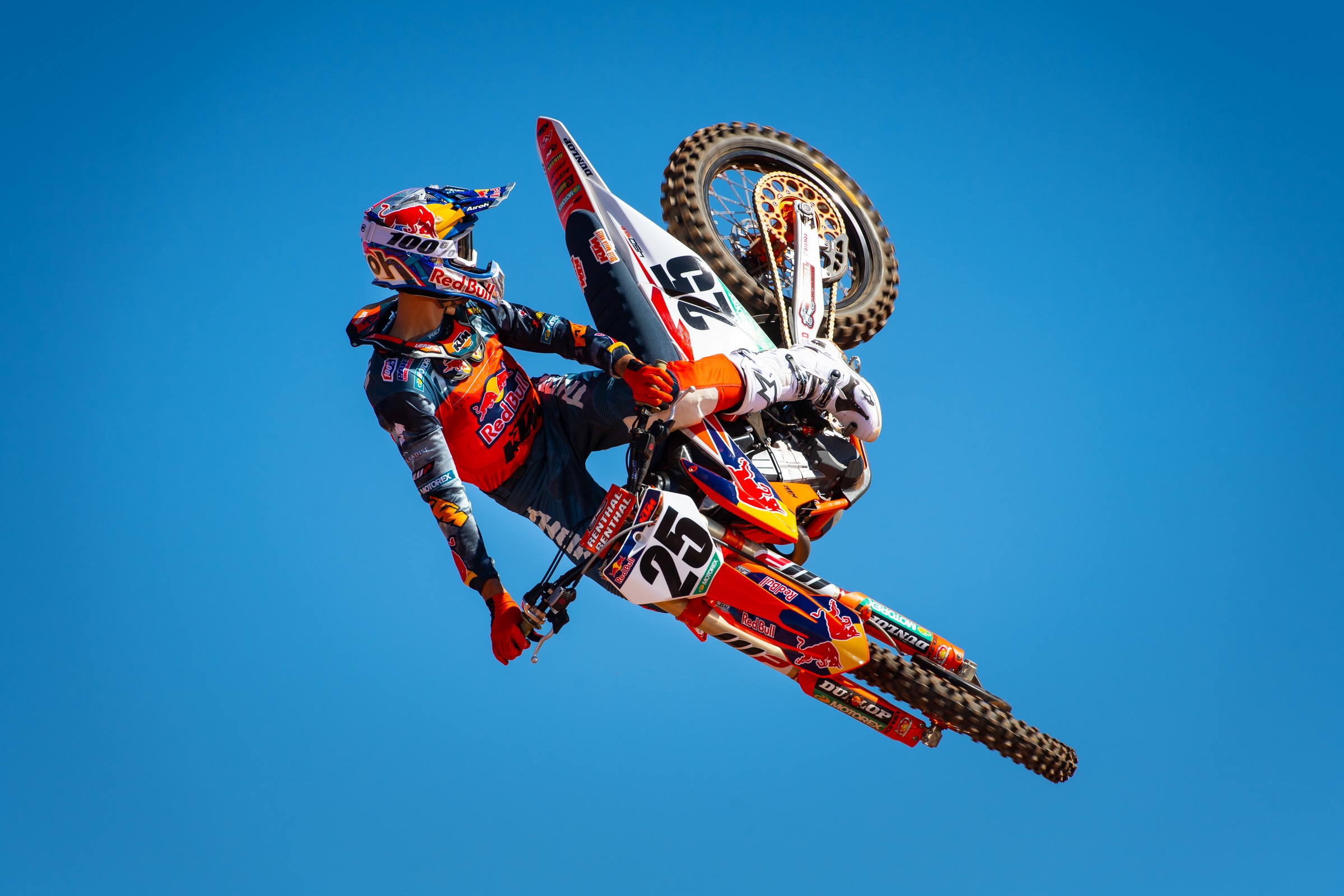 In the Mag, 2019 Supercross Predictions

"2019 Supercross Predictions" is featured in the February 2019 issue of Racer X Illustrated. Subscribe now to read the entire article in full. You can pick up the digital edition and read this story right now—and the cost is just $9.98 for the whole year.

Predictions in Monster Energy AMA Supercross are a risky business. The field is packed with talent, but the sport itself is packed with variables. Some guys might not make it to the opener; more likely won’t make it to the end. There’s a lot on the line, too, as some very fast veterans—Eli Tomac, Marvin Musquin, Ken Roczen—are all looking for that first AMA Supercross title, and their collective clocks are ticking. An influx of new talent will also no doubt upset the podium balance along the way. But none of that is enough to stop our editorial team from going out on their respective limbs and sharing their predictions. At the risk of both looking foolish and alienating a team or two, here’s how we see this thing playing out.

For the last few seasons, it's been hard to argue that Monster Energy Kawasaki’s Eli Tomac hasn’t been the fastest motorcycle racer west of Jeffrey Herlings' address. Each supercross season, however, Tomac has been his own worst enemy. His mistakes have cost him wins and arguably the last two championships. Being the fastest guy doesn’t always equate to championships in a 17-round series (just ask Damon Bradshaw). But this will be the year that Tomac finds a way to minimize the damage on his bad days. Instead of throwing it away when things aren’t clicking, he will realize that a podium is just fine. Jason Thomas

Honda HRC’s Ken Roczen took a little bit of a sabbatical after the MXoN to get married, but I think he’ll finally be all good, both in health and confidence, and will win multiple races in 2019 after going winless last year before he got hurt (again). He’s also going to finish second in 450SX points. Will he be as dominant as he was in the past? No, but he’ll be better. Steve Matthes

Ken Roczen’s long road back might be too long at this point. Wins would be fantastic, and expected, but he’s had five seasons in 450SX, and history shows few ever finally win a first title in year six or beyond. Jason Weigandt

The same numbers that line up against Roczen apply to Tomac. He could and should win this title. Somehow, that once again doesn’t guarantee it will happen. Jason Weigandt

With Zach Osborne, Jason Anderson, Marvin Musquin, and Cooper Webb all under Aldon Baker’s umbrella, I just can’t see how it goes picture-perfect smoothly. Anderson and Musquin had their run-ins last year, and even if that drama was downplayed publicly, I saw things a bit differently. With millions at stake and rider and entourage egos in the mix, the pressure cooker that is a supercross season will undoubtedly see some issues along the way. Baker will have his hands full keeping the peace this season, especially if all four of those guys are riding well and battling near the front. Jason Thomas

Next Year for Osborne

Rockstar Energy Husqvarna’s Zach Osborne is built for the long haul. I don’t think he gets a podium in 2019, but he’ll be strong all year, figure out what he needs to improve on, and will win races—in 2020. Stamp it. Steve Matthes

Want to read the rest of this article?