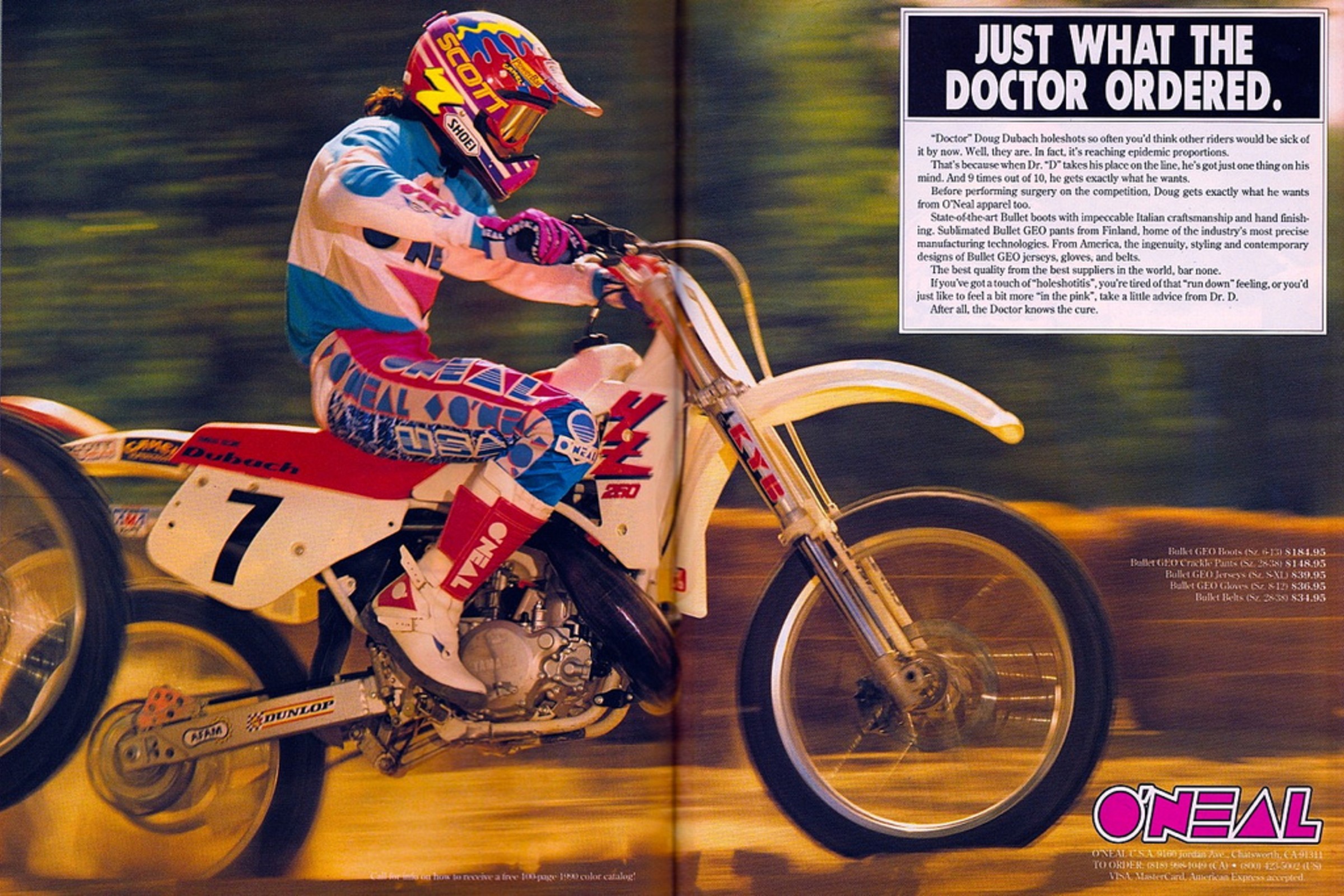 On This Day in Moto December 8

The second night of the Geneva SX in Switzerland sees Doug Dubach win again and claim the weekend overall. South Africa's Greg Albertyn was second, Dutch rider Edwin Evertsen third. Jean-Michel Bayle, runner-up the first night, had another appearance lined up for the night and did not race.

On the first night of the '89 Geneva SX in Switzerland, Team Honda's Mike Kiedrowski took the win in the Palexpo Arena in what was called the Lucky Strike Supercross. The rookie Honda factory rider, who had won the '89 AMA 125cc National Motocross Championship, took advantage of falls by Kawasaki's Jeff Ward and his Honda teammate Larry Ward to take the win. Second on the night went to Suzuki's Guy Cooper, with Honda's Rick Johnson third, and Dutch Yamaha rider John Van den Berk fourth.

Fast forward to 2002 and Geneva is now the first round of what is called the THQ World Supercross Championship, run by Clear Channel with FIM sanction after their bitter dispute with the AMA left them with no choice but to find a new sanctioning body for their series. The two sides were ultimately able to patch things up, but not without a lot of unfortunate overlaps, including the Geneva SX, which was traditionally one of the biggest stadium races in Europe anyway. In true international fashion French Yamaha rider David Vuillemin won, with his teammate Tim Ferry second and KTM's Grant Langston of South Africa third. Suzuki's Sebastien Tortelli was fourth, Australia's Chad Reed fifth. Finishing sixth on his new KTM was Jeremy McGrath.

Noticeably absent from the event was Team Honda, which meant defending AMA Supercross Champion Ricky Carmichael was not there.