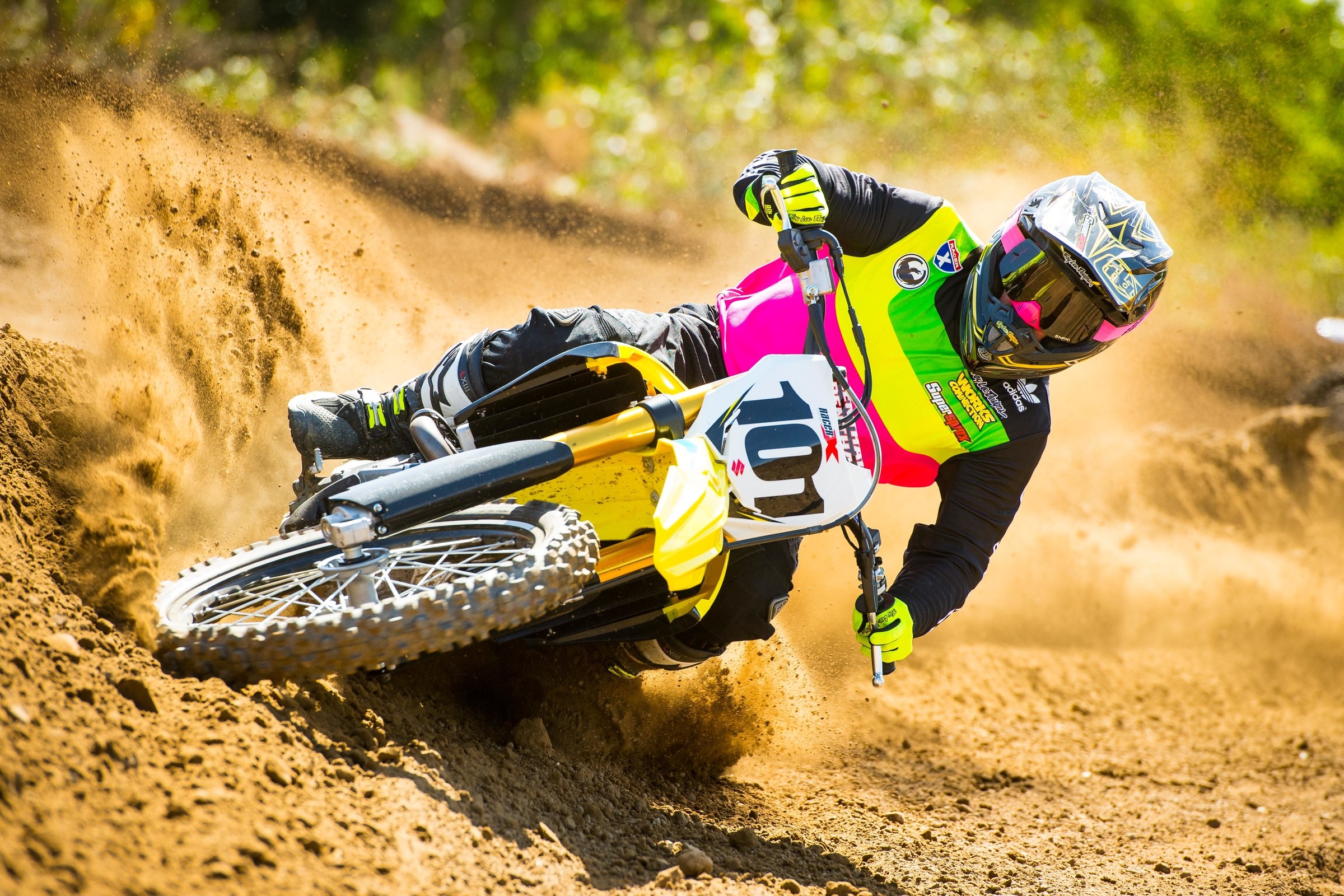 I know you have probably seen a lot of carnage as a firefighter. Thank you for your service. My question is how do you deal with the carnage? I’ve seen people get hurt badly in motocross and have had my share of injuries. I could always check on them and they would check on me; we healed together. In January, 2018, I was riding in the woods with friends. One guy was riding way too fast, hit a tree, broke his neck and died. We were in the middle of a forest and it took forever to get the EMTs and then the Coroner. Needless to say but we were all shaken. I haven’t been on my bike since then. Your thoughts on how to shake this?

I’m sorry to hear about your friend and I imagine your whole group of friends are rattled to their cores. It’s a different world when I’m at work because emotion isn’t factored into the equation. When I have to work on a patient I am able to compartmentalize it and focus on my training and experience to do what needs to be done. As a crew we do everything we can for a good patient outcome, but it doesn’t always turn out the way we hope and we have to be okay with that.

Some of the things we see on the freeway or in fires is absolutely horrific, but each of us has our own way of dealing with those images and experiences. For me, it’s more difficult when emotion is involved; when kids get injured or killed that are close in age to my own daughters I have a hard time pushing those thoughts out of my head. For the most part, however, I’ve figured out how to deal with it.

Hands down the most difficult incident I’ve ever had was while I was off-duty recently. I was testing a bike at Cahuilla Creek and I saw a group gathered around a downed rider. I could see the rider wasn’t moving so I rode over to see if I could help. The downed rider didn’t crash, but simply fell over while he was riding. He didn’t have a pulse, so I went right into work mode doing the things that need to be done in a cardiac arrest situation. It wasn’t until several minutes into the incident that I realized I knew the person I was working on and it changed everything for me. I wasn’t just performing a series of skills and assessments on a patient, I was trying to save the life of a person I knew and whose son was a friend of mine. I stayed on scene after the fire department arrived and made sure they followed protocols and made every effort possible for the patient. That friend passed away at the hospital later that day and it was, and still is, the toughest thing I’ve ever had to work through.

My department has a critical incident management team and I reached out to them to talk about it. For me, it was cathartic to talk to co-workers about the call and have them share similar experiences and things they did that helped. The bottom line, for me, is that it just takes some time. Honestly, I was an emotional wreck for a few days after the incident but it has gotten better with time. I’d encourage you to find somebody to talk to about it if you’re still struggling with it. This sport is dangerous but there are way more deaths on our freeways than we will ever have on dirt bikes. One thing I take away from work every day is that we aren’t guaranteed one second on this planet. Plan for the future because that is the pragmatic thing to do. But I constantly remind myself to live every day like it’s going to be my last because you just never know. Feel free to reach out to me in an email if you need somebody to talk with.

I was in Michigan last weekend and saw this statue outside Tiger stadium. Political royalty in your background? Are you hiding this from your fans?

I’ve not spent the money on one of these 23andMe sites where you can find out who your direct ancestors are. Frankly, I’ve got better things to spend my money on. But I did a little research on this man, Hazen S. Pingree, who was the Mayor of Detroit and eventually the governor of Michigan and there are some striking similarities. Read this excerpt from his bio:

“The Hazen S. Pingree Monument honors a man who served as Detroit mayor from 1890 to 1897, leaving office only after being elected governor of Michigan. Old Ping, as he was known, was named one of the 10 best mayors in U.S. history in a poll of scholars for Melvin Holli’s 1999 book, The American Mayor.”

Old Ping, huh? It gets better…

“Pingree was a plump, short man, standing 5 feet, 8 inches tall with blue eyes and a huge beard under a bald noggin. He was generally regarded as energetic and tough as nails, a man’s man. He was unschooled, but he was known as a man of courage and compassion with a fighting heart. The portly Pingree was often seen in a black Prince Albert frock coat and black bow tie.”

Did I mention he was a Republican? Maybe it’s time to check out my ancestry… and buy a bow tie and a Prince Albert Frock, whatever the hell that is.

With all of the talk about money issues with privateers in this industry, at what point does the AMA/FIM standardize position pay-outs? By that I mean all of the manufactures offer contingency programs for their own specific machines, which makes perfect sense. But with long term growth and viability of the sport being the end goal, would it not make sense for organizers to say each manufacturer has a 200k buy in for the series which would border 1.2 million when you consider the big 6. Then based on that money pile, a pay-out per position system be organized.

End goal being trying to help the privateer make a decent living. Since money is king after all, it would help the sport’s image to know you won't go broke while trying to go pro. A healthier appearing sport would probably help bring in more outside interest as well.

This exact idea has been thrown around, pitched, and discussed for years. In fact, Mitch Payton at Pro Circuit has been sharing a similar idea for as long as I can remember. The concept is that instead of paying huge salaries to the team riders, all the race teams (or manufacturers) would agree to a set amount of money and collect that into an annual purse. That massive block of money would be divided up by however many rounds there are in the series and offered as the purse for each round. That way each and every rider had to earn the money they made; Mitch likes to make you earn it.

This sounds great but how do you come up with a fair and equitable dollar figure for the different manufacturers and race teams? Would Rock River Yamaha have to put in the same amount as American Honda? That’s not realistic. And what happens to a rider if he gets hurt? If you have a season ending injury you’d literally bankrupt yourself just trying to pay bills without any income. Maybe if riders were all allowed to get their own gear/goggle/boot deals you could make that work? Anyway, the folks making the decisions don’t like to rock the boat too much because they are currently raking in cash, but I like where your heads at on this, but I wouldn’t hold your breath for a change. Cheers.